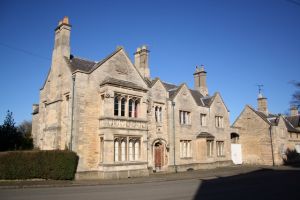 Located just on the outskirts of Grantham, Belton is home to Belton House, a beautiful 17th-century Restoration mansion owned by the National Trust. The village itself was built by the owners of Belton House to provide accommodation for estate workers and features some exceptional period buildings, most contained in a Conservation Area to preserve the historic character of the village.

Among these is a row of almshouses, or Bede houses, erected in 1659 by Alice, wife of Sir John Brownlow Bt, to house 6 poor women. One of the delights of exploring Belton is seeing the estate cottages, built at different periods by different lords of the manor.

One of the distinctive cottages is Dial Cottage, designed in Jacobean style by architect Anthony Salvin in 1849. Another incorporates a 15th-century bay window from the Chantry House in nearby Grantham, though the cottage itself was built in 1839.

The 12th-century church of St Peter and St Paul boasts some superb memorials to the Brownlow and Cust families. The most impressive is perhaps the marble monument to Sir Brownlow Cust, 1st Baron Brownlow (d. 1807) by Sir Richard Westmacott.

Brownlow was raised to the baronage in recognition of his father's years of service as Speaker of the House of Commons. Sir John Brownlow's memorial is nearby, made of three coloured marble, with a carving in relief of the Speaker's chair. Much older is the alabaster monument to Richard Brownlow, who died in 1638.

Belton House was built from 1685 for 'Young' Sir John Brownlow and was modelled after Clarendon House in London. We do not know who designed the house for Sir John but among the possibilities are Sir Christopher Wren, the architect of St Paul's Cathedral, and William Winde, who designed Coombe Abbey.

The house remains one of the best-preserved examples of 17th-century architecture in the country, with ornate interiors including a superb Marble Hall, and beautifully detailed interior decoration including a set of intricate carvings by Grinling Gibbons. Oliver Cromwell fought his first battle near here, at Belton Wood. The name of Belton Woods lives on as a luxury hotel, the only significant accommodation in the village.

Note
There is another village name Belton in North Lincolnshire - don't confuse the two places! 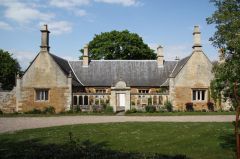 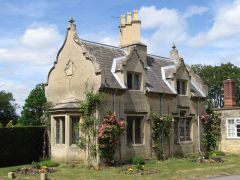 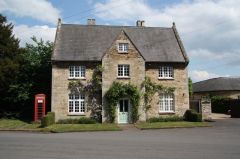 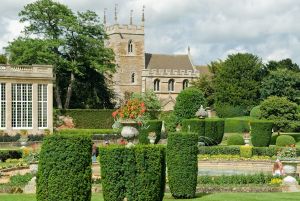 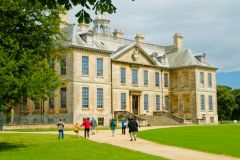 More self catering near Belton >>

More bed and breakfasts near Belton >>