HERITAGE HIGHLIGHTS:   The only working example of a German Tiger tank in the world 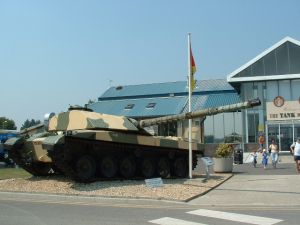 The Tank Museum is a large collection of military tanks and other armoured vehicles on display at the old military base at Bovington Camp, Dorset. It was originally known as the Bovington Tank Museum but the 'Bovington' part of the name has been dropped.

Trace the history of the tank from its development in WWI to the present day. The collection includes tanks from all across the world, and with over 300 tanks on show it is the single largest tank museum in the world.

Bovington Camp was opened in 1916 to train tank crews for combat in France. After the war, the Camp became a storage facility for tanks, many of which were damaged beyond repair. The worst vehicles were scrapped, but some were set aside to serve as a reminder of tank heritage for tank crews and military engineers designing new vehicles.

The impetus for a museum came in 1923 when author Rudyard Kipling visited Bovington and suggested that the collection be turned into a full-fledged museum.

The bulk of the collection was amassed after WWII when a large number of Allied and Axis tanks were brought to Bovington. The collection was opened to the general public in 1947 and has altered focus from a purely military function to education and entertainment.

Separate exhibition halls include the World War One Hall, Interwar Hall, and the World War Two Hall. One of the exhibits traces the life of TE Lawrence, better known as Lawrence of Arabia, who served with the Tank Corps at Bovington and lived at nearby Clouds Hill, now owned by the National Trust.

The largest exhibition area is the WWII Hall, where you can find the Tiger 131, captured in Tunisia in 1943. The Tiger was restored to full working order in the workshops at Bovington.

In addition to these 3 display halls, there is the Tamiya Hall, featuring Main Battle Tanks (MBT) including the Russian T-72. Then there is the British Steel Hall, with a special display on the Centurion tank, active from 1945-1991.

Look for the Tank Crew Memorial sculpture outside the museum, and a memorial wall to members of the Household Cavalry and Royal Armoured Corps who died in action since 1945. 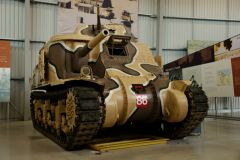 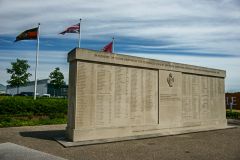 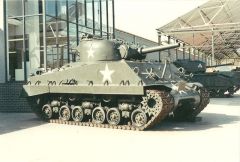 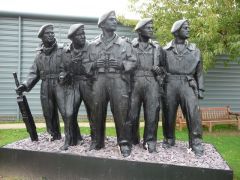 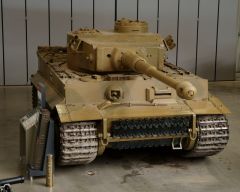 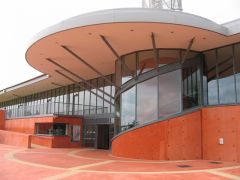 More self catering near Tank Museum >>