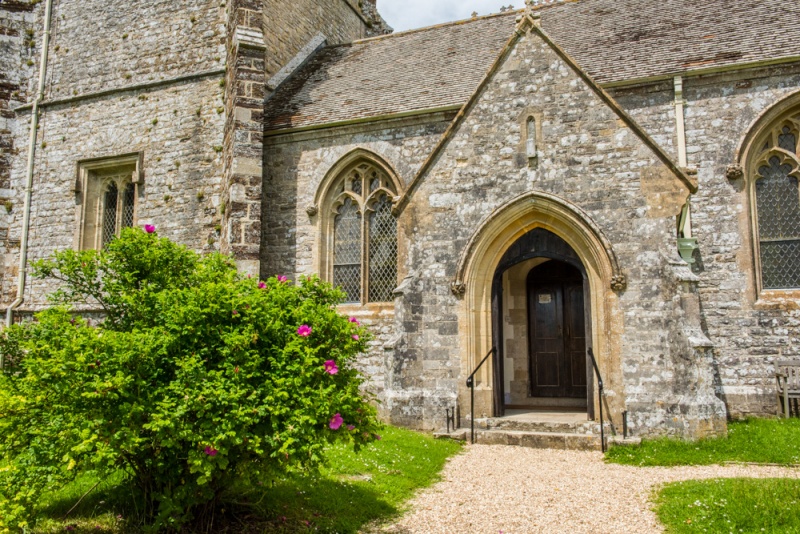 The oldest part of the church is the 15th-century tower, which holds a ring of 3 bells. One was cast in 1589 but the oldest dates to before the Reformation, perhaps to the late 15th century. The bell frame has room for a fourth bell, but local tradition says that the bell was lost at sea when the ship carrying it was sunk at Arish Mel, off the Isle of Purbeck.

In the 1780s the church was reduced in size, and the Weld family vault removed.

The body of the church was rebuilt in 1864 under the direction of architect John Hicks. The plans were drawn up by Hicks' assistant, and aspiring architect by the name of Thomas Hardy, who would go on to achieve fame as one of England's best-loved novelists. 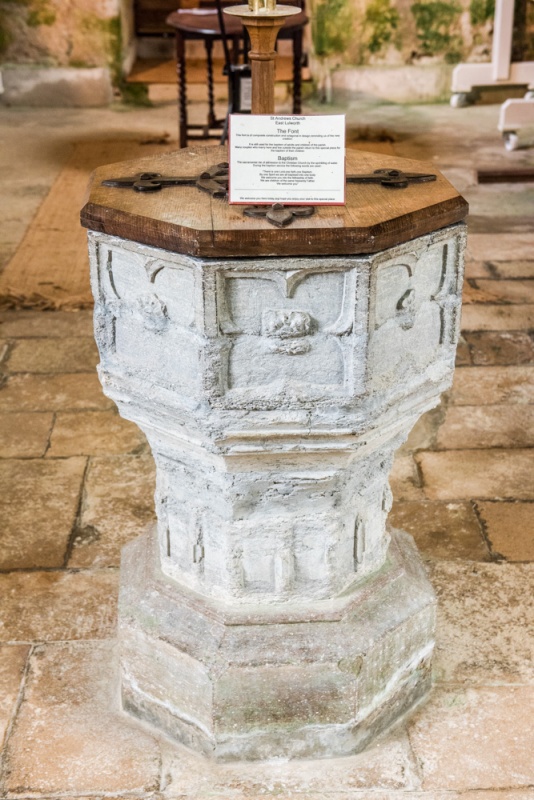 In 1707 Dorothy Weld of Lulworth Castle left money in her will to establish a charity. According to the terms of her will, the income from £600 was to be divided annually among a dozen poor Protestant widows and maidens of East Lulworth, who had to be at least 40 years old.

If not enough women were found the neighbouring parish of West Lulworth could be included in the search. The charity still disperses its funds at a special church service on the closest Sunday to the 9th of May each year, though men are now included in the charity due to equal rights legislation.

One of the historic highlights is the font, dated to the 15th century. Over the vestry door is a royal coat of arms to George III, dated 1785. The arms were discovered in the belfry years later in dire condition and had to be carefully restored.

On the wall is a beautifully preserved funeral hatchment to a member of the Weld family. Hatchments were usually displayed outside the house of someone who died for up to a year before being moved inside their parish church.

Also on the wall is a restrained tablet to William Baring, who drowned at sea when his boat capsized at Arish Mel on 9 July 1820. Set into the floor is a memorial brass without a date, though the brass appears to be 16th century.

In the churchyard are several very good 18th-century headstones.

The church is within the grounds of Lulworth Castle but ca be accessed by a footpath from the village, off the B3070. We came to Lulworth to visit the castle, but thoroughly enjoyed exploring the church. 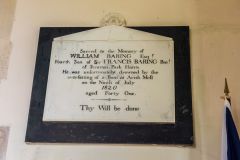 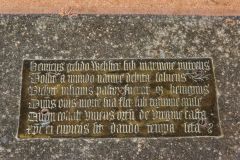 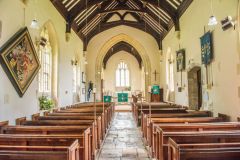 More self catering near East Lulworth