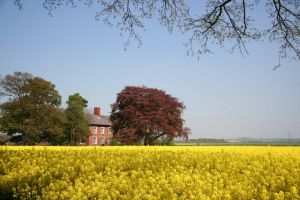 A small village about 6 miles from Lincoln. There is a small church, now redundant, dedicated to All Saints. The church is of medieval origins, but, like so many other parish churches in Lincolnshire, was rebuilt in the Victorian period.

The Victorian architect was TC Hine, who created a building in Early English style with a north chapel and an octagonal bell tower at the south-west angle. Surviving features from the earlier church here include Biblical texts over the south doorway, priest's door, and chancel arch.

All Saints became redundant in 1990 and was sold into private hands in 1992.

Near the church is the Old Rectory, a Grade II listed building dating to the late 18th century, made of red brick and limestone under a slate roof. Also listed Grade II is Manor Farm House on Main Street, built in 1843 of red brick with painted ashlar dressing.

Just 4 miles away is the Saxon church of Stow Minster, while the historic house and garden at Doddington Hall is an equal distance away. 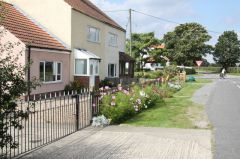 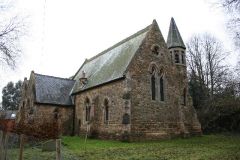 More self catering near Broxholme >>

More bed and breakfasts near Broxholme >>