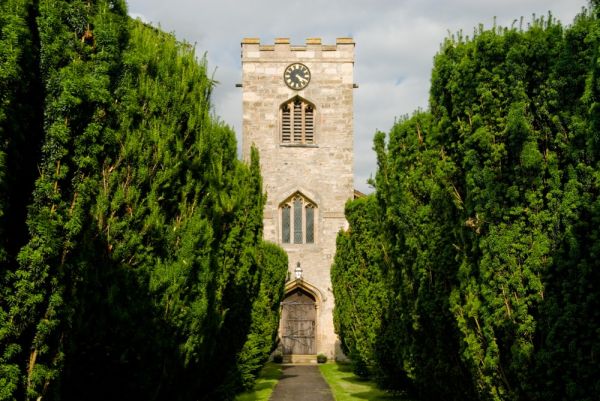 St Peter & St Paul's is a simple country church in an idyllic situation beside the restored manor house in Kettlethorpe. The original 12th-century church was largely rebuilt in the 19th century but retains several items of historical interest.

The most fascinating of these is a superb 16th-century pulpit carved with scenes from the life of Christ. There is an interesting story behind the pulpit; it was not built for Kettlethorpe, indeed, we don't know for certain where its original home was.

It was discovered in the 1920s while Emily Cracroft-Amcotts, the lady of the manor of Kettlethorpe, was on holiday in Europe. She found the pulpit covered in whitewash and layers of dust in an antique shop in Brittany and thought it might do for her parish church back home. Lo and behold, when the pulpit was cleaned up it proved to be a superbly carved piece of art, worthy of gracing any church. The detail of carving is quite special. 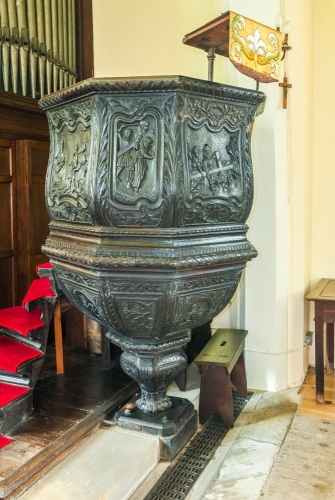 The first church on this site was probably built in the 13th century. That early medieval building was remodelled in the 15th century and completely rebuilt from 1809-12. Reminders of the 15th-century church include the three-stage west tower and a 15th-century stone corbel depicting an angel holding a royal coat of arms.

The nave dates to the 1809 rebuilding and is made of yellow bricks. The nave and chancel have 19th-century king post roofs. The colourful east window has stained glass installed in 1873. The oldest memorial is that of John Reeke, a former rector who died in 1597. Opposite the Reeke memorial on the south wall of the sanctuary is a marble wall plaque to Rv Hugh Palmer (d. 1799).

On the north wall is an even more elaborate plaque to Charles Hall (d. 1743), while in the north aisle is an 18th-century memorial to the Cole family. The nave walls are decorated with 18th-century Biblical texts painted in red lettering, while at the west end of the nave is a painted royal coat of arms.

Kettlethorpe is most widely known for its association with Katherine Swynford, mistress, and later wife, of John of Gaunt. Swynford married Sir Hugh Swynford, holder of Kettlethorpe manor. Of that original manor only the gatehouse arch remains. Though on private land, it can be viewed clearly from the churchyard. 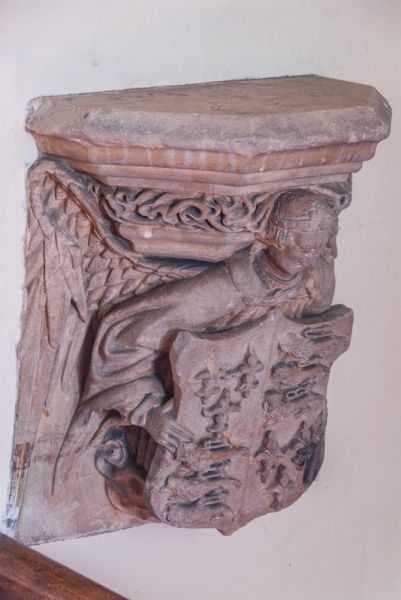 It is a popular belief that Geoffrey Chaucer's wife was Katherine Swynford's sister, so it is possible that Chaucer himself visited Kettlethorpe and worshipped in the church. We do not know how many years Katherine lived at Kettlethorpe. She left following Sir Hugh's death in 1371, but she continued adding to the manor estate after that time. Katherine Swynford is buried in Lincoln Cathedral.

In the churchyard stands a medieval cross. 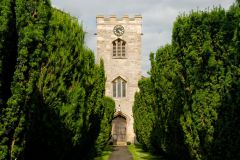 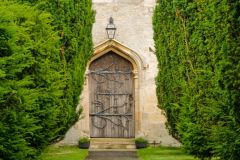 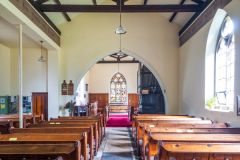 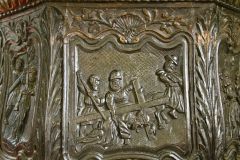 More self catering near Kettlethorpe Church