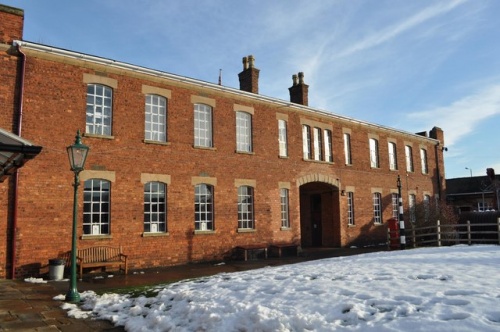 This award-winning museum illustrates the social history of Lincolnshire over the past several centuries, with exhibits focusing on the county's agricultural and industrial past since 1750. Prize among the exhibits is a WWI tank dubbed 'Daphne', a reminder of the importance of Lincolnshire in the development of the military tank.

The museum is home to a collection of over 250,000 historical objects that bring the rich heritage of Lincolnshire to life, including a special exhibit on the role of the Royal Lincolnshire Regiment. See a recreated period room, a Victorian kitchen, and historic shop interiors. The museum also boasts a collection of steam vehicles.

Directly behind the museum is Ellis Mill, a working windmill which dates back to the 18th century. The windmill is open on weekend afternoons in summer and at other times throughout the year.

The museum is housed in historic 1857 barracks built for the Royal North Lincolnshire Militia (later the 3rd Battalion Lincolnshire Regiment). The barracks are an outstanding example of Victorian military architecture and have been listed Grade II by Historic England for their heritage value.

The Militia used the barracks as an administrative centre and for regular drilling until 1880 before moving to New Barracks on Burton Road. The barracks were later used by the Lincolnshire Imperial Yeomanry until that unit disbanded, then by other military units until 1963.

It was then transformed by the Lincolnshire Association for the Arts and Heritage into the award-winning museum we see today.

The museum is well signposted from the historic centre of Lincoln, which is only a few minutes walk away, and there are several paid parking lots within a block or two.

More self catering near Museum of Lincolnshire Life

More bed and breakfasts near Museum of Lincolnshire Life