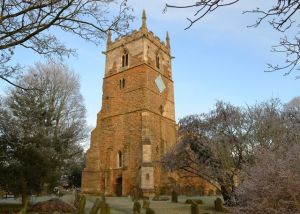 Caistor is a historic market town located at the north-west extremity of the Lincolnshire Wolds. The town is notable for its fine Georgian buildings, but Caistor dates back much further than that; there was an ancient British hillfort at this spot, with a Roman camp later occupying the same spot, and there are Roman remains throughout the town.

You can see a section of the original 4th-century Roman wall on the southern boundary of the churchyard surrounding the parish church of St Peter and St Paul. This very fine medieval church has Saxon and early Norman work, and boasts a gad whip, a remnant of an ancient annual ceremony.

The whip is 7 feet long and has a small purse of coins at the top. It is a reminder of a peculiar, perhaps unique, ceremony performed every Palm Sunday where the whip was cracked in the church porch, the held over the clergyman's head while he preached.

We heard all about the gad whip when we visited, because were buttonholed by a very chatty - and helpful - chap at the church who couldn't stop telling us everything he knew about the town, the church, and the history of the custom.

The town's attractive market square is a conservation area, in part because it is home to 56 listed buildings, most dating from the Georgian and Victorian periods. One such is Sessions House, built in 1662. Another is Caistor House in the Market Place, built in 1682. Look for the coats of arms to the Walpole and Wickham families on the building exterior.

The Georgian flavour of the town centre is a result of a disastrous fire in 1681 that destroyed most of the town's medieval buildings.

One thing you won't find for sale in the marketplace is sheep, yet for hundreds of years, Caistor was home to one of the busiest and most important annual sheep fairs in England, with over 30,000 animals changing hands.

Beside the churchyard, on Fountain Street, is Syfer Spring, an ancient holy well that probably pre-dates the Romans. The name comes from Old English meaning pure. The water flows out a brick wall and into a small pool. It used to flow on across the road to supply a brewery, but the brewery is now long gone.

In 1630 Rev. Francis Rawlinson founded a grammar school in Caistor beside the medieval parish church. The school has grown to a highly respected academy school, with modern facilities, but the original 17th-century school hall is still in daily use. Look for the commemorative 1631 Founder's Stone above the doorway.

There are 56 listed buildings in Caistor, and the town makes a good centre for exploring the Wolds and walking the long-distance Viking Way.

According to a local tale, the apostle called Simon the Zealot came to Britain after Jesus's crucifixion. He ran afoul of the local Roman authorities and was crucified in or near Caistor on 10 May AD 61. 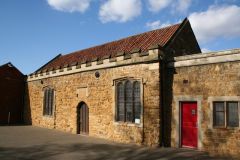 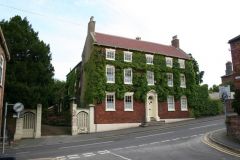 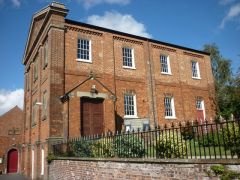 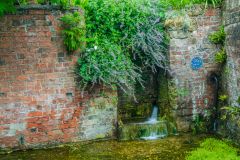 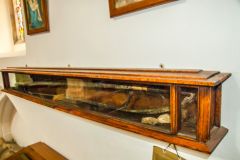 More self catering near Caistor >>

More bed and breakfasts near Caistor >> 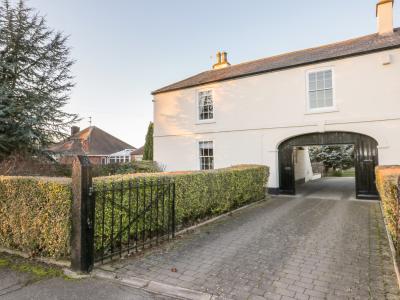 This large, white stone cottage is situated in Nettleton, Lincolnshire and can sleep four people in two bedrooms.
Sleeps 5

23b South Street is a delightsome house resting in Caistor, Lincolnshire and can sleep six people in four bedrooms.
Sleeps 6