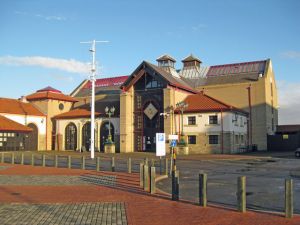 At one time Grimsby was the busiest fishing port in all of Europe, and the town's fishing heritage is told in the National Fishing Heritage Centre. The legendary founding of Grimsby is told in the 14th-century ballad, 'The Lay of Havelock the Dane', which recounts how Grim, a Danish fisherman, rescued a king's son.

The Lay is probably a myth, but Grim is a Danish name, and certainly, the area around Grimsby was settled by the Danes during the 9th century. We are on firmer historical ground with the Domesday Book of 1086 which lists Grimsby with a population around 200, supporting a mill, a ferry, and a solitary priest.

During the medieval period, Grimsby developed as a trading port and fishing centre. Its importance was recognised in 1201 when King John granted a town charter. Interestingly, the town was never defended by stone walls; rather the townsfolk depended on the marshy ground and a defensive ditch for protection.

Grimsby's days as a busy port were numbered. By the 15th century, the Haven began to silt up, so that larger vessels could no longer dock easily. The town went into decline until the late 18th century when a major engineering project dredged the river and the port was once again a going concern.

Then in 1841, the railroad arrived and Grimsby became a bust transport hub, with goods coming and going from the port. A direct rail link to London's Billingsgate Market brought fresh fish from Grimsby to market, and the town became a mainstay for commercial fisheries.

New docks were constructed, and the iconic Grimsby Dock Tower was built in 1852. The tower was built on a foundation of wool bales, which were used to absorb moisture from the wet ground. The Dock Tower held over 30,000 gallons of water to create hydraulic power for the dockyard machinery.

The heritage of Grimsby's fishing past is recalled in the Fishing Heritage Centre, located on the Alexandra Dock. Perhaps the star exhibit at the Heritage Centre is the restored trawler, Ross Tiger, the last surviving boat from what was once the largest fleet of sidewinder trawlers in the world.

Grimsby's parish church dates to at least 1114 when the Bishop of Lincoln transformed an earlier religious building into what is now popularly known as Grimsby Minster. Originally dedicated to St James, the church gained a central tower in 1365 and was named the parish church in 1586.

In 1883 James College was opened; at that time it was the only choir school in England attached to a parish church. Choristers are now drawn from six schools and colleges across Lincolnshire.

A short distance away from Grimsby at South Killingholms Haven, a memorial marks the spot where the Pilgrim Fathers sailed to Holland in 1609, on the first leg of the journey that would take them to America. 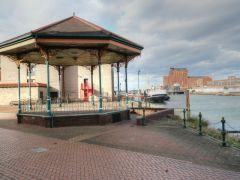 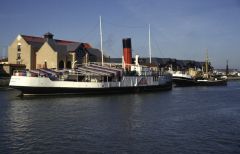 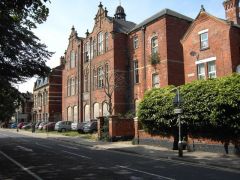 More self catering near Grimsby >>

More bed and breakfasts near Grimsby >>