HERITAGE HIGHLIGHTS:   Grimsthorpe Castle has a history going back to at least 1140 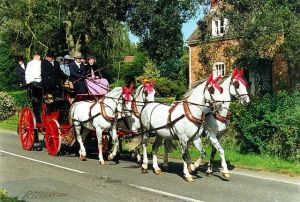 Grimsthorpe is a small village south of Grantham and west of Bourne, Lincolnshire, famous for the historic house of Grimsthorpe Castle, the de Eresby family home since 1516. The Castle stands beside a medieval deer park and landscaped parkland laid out by Capability Brown.

In 1147 a Cistercian abbey was founded within what is now Grimsthorpe Park, called Vallis Dei (Valley of God). The name was corrupted over the years to become Vaudey Abbey. The abbey was established by William, Count of Aumale, Earl of York, and populated with monks from Fountains Abbey in Yorkshire.

The Abbey was suppressed by Henry VII in 1536 and stone from the monastic buildings was later used by Charles Brandon, 1st Duke of Suffolk, as building material for his new house of Grimsthorpe Castle. Only fragmentary earthworks remain to suggest the Abbey's layout.

Most people come to Grimsthorpe to visit the Castle, and that's no surprise for it is one of the great stately homes of England. The Castle began in the early 13th century by Gilbert de Gant, Earl of Lincoln. Gilbert's fortified tower survives as King John's Tower, which stands at the south-east corner of the present building.

The 1st Duke of Suffolk used stone from Vaudey Abbey to build an opulent new house, linked to the medieval tower. The Tudor house was completely transformed in the Georgian period into an elegant country house in neo-classical style, with a Baroque frontage added by Sir John Vanbrugh, the architect of Blenheim Palace.

The interiors are filled with a superb collection of art and fine furniture, and the ornate chapel features a beautifully crafted plasterwork ceiling.

In truth, there is not much to the village itself save for a handful of pretty cottages and a popular pub named the Black Horse. There is no church; the hamlet is served by St Michael and All Angels in nearby Edenham, also on the Grimsthorpe Estate. St Michaels dates to the Saxon period and features a Saxon cross in the churchyard. It is well worth visiting for its lovely late medieval angel roof. 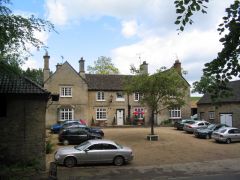 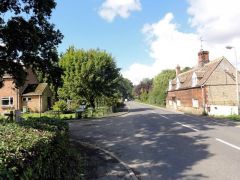 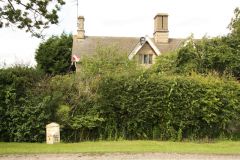 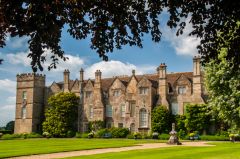 More self catering near Grimsthorpe >>

More bed and breakfasts near Grimsthorpe >>