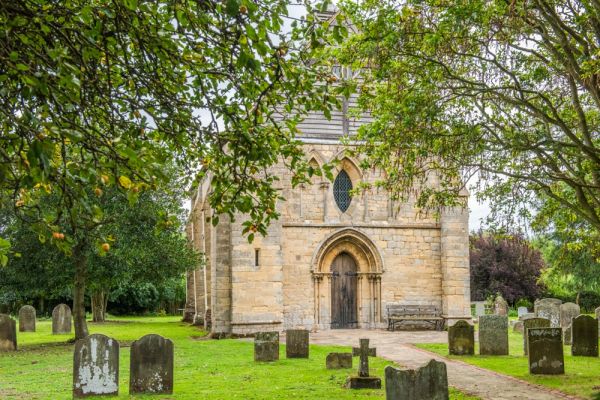 Kirkstead is a hamlet beside the River Witham, near Woodhall Spa. There was a Cistercian abbey here in the 12th century (indeed the name Kirkstead means 'place of a church') but only fragmentary remains of the abbey buildings can be seen today.

Kirkstead Abbey was established by Hugh Brito, Lord of Tattershall, in 1139 as a daughter house of Fountains Abbey in Yorkshire. The original abbey site proved unsuitable so Hugh's son, Robert, gave the monks a new site sometime before 1187 when the monastic buildings were completed.

The abbey was never very large or wealthy, but it stayed in existence until the Dissolution of the Monasteries in 1537. The last abbot and 3 of the monks were accused - possibly wrongly - of involvement in the abortive Lincolnshire rising of 1536 and were executed.

The monastery was sold into private hands, and the Earls of Lincoln built a country house on the site. The house was abandoned before 1791, leaving only a single fragment of the south wall of the abbey church, jutting upwards like a finger pointing at the sky. Around the masonry remains you can make out the earthworks and line of the foundation walls of the large complex of monastic buildings.

Down the lane beyond the abbey ruins stands the chapel of St Leonards Without (outside the abbey boundaries). St Leonards is a 13th-century building in the Early English style, measuring just 40 feet long and 19 feet wide. The 13th-century wooden rood screen is said to be the second oldest such screen in England.

In the chancel is an effigy - missing its legs - of a knight, dated to 1250. The knight is clad in a cask helm with a surcoat and shield, with what appears to be straight, rather than crossed, legs. This is among the earliest full-body stone effigies in England.

The chapel was built around AD 1230, possibly as a chantry for Robert de Tattershall, who died in 1212. It was used for centuries a church and finally closed in 1877. The Society for the Protection of Ancient Buildings saved it from destruction and it was restored in 1914.

Beyond the abbey and chapel, there is not much to Kirkstead beyond a smattering of houses and a fine country pub called, not surprisingly, Abbey Lodge.

Much of what was historically part of Kirkstead has now been absorbed into the eastern outskirts of Woodhall Spa, between the town centre and the river. The riverside area was once known as Kirkstead Wharfs, and it served as an important trading centre for goods carried on the inland canal system. 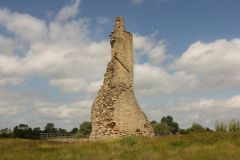 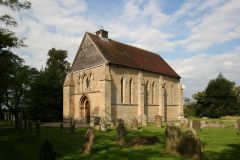 More self catering near Kirkstead >>

More bed and breakfasts near Kirkstead >>