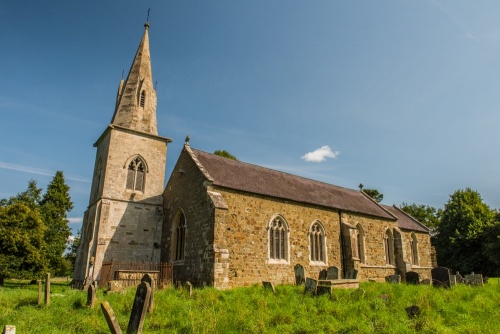 The rural Lincolnshire village of Scrivelsby is served by the isolated church of St Benedict, one of just 17 English churches dedicated to this saint. The church was built in the 13th century but heavily remodelled in 1860 and 1876. It stands beside Scrivelsby Walled Garden, a popular wedding and event venue.

The church was rebuilt in 1860 by Sir Henry Dymoke, who added the tower. From the interior it is easy to see that the old church ended where the chancel screen is now. The nave arcade is in Early English style while the chancel arch is in the later Perpendicular Gothic. 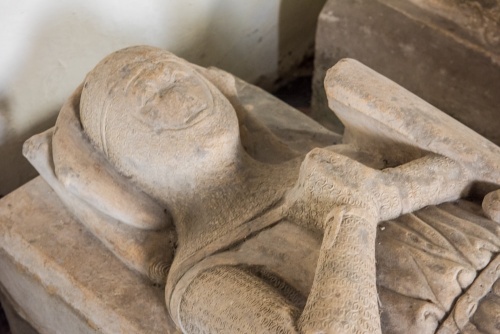 The main reason to visit St Benedict's Church is to see monuments commemorating generations of the Dymoke family, who acted as hereditary Champions to the monarch. The Champion was a largely ceremonial role; he would challenge anyone who questioned the monarch's right to rule by throwing down his gauntlet and offering to fight to the death in defence of the sovereign.

The Marmion family held the role of Champion to the Dukes of Normandy and came to England with William the Conqueror. They settled in the village of Dymock in Gloucestershire, then moved the family seat to Scrivelsby in the 13th century. They took the village name with them and were then known by the name Dymoke. 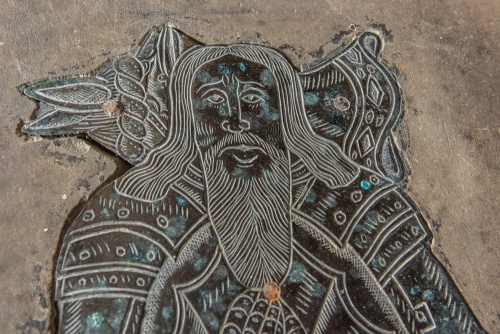 The oldest memorial in the church is Sir Philip Marmion, who died in the 1290s. Sir Philip was the last Marmion owner of Scrivelsby. His effigy lies in the north aisle along with the effigy of one of his two wives, either his first wife Joan or his second wife Mary. Sir Philip had only daughters, and there were lawsuits to settle the descent and the right to be the monarch's Champion. The dispute was not settled until Sir Philip's great-granddaughter Margaret married Sir John Dymoke in 1377.

In the chancel is a marble monument to Lewis Dymoke, decorated with the family coat of arms. One of the most elaborate Dymoke tombs is that of Sir Robert Dymoke (d. 1545), who served under Henry VIII. When Henry divorced Katherine of Aragon, Dymoke served as the Controller of her household. His tomb chest has a brass effigy of a bearded man in an exceptionally good state of preservation. 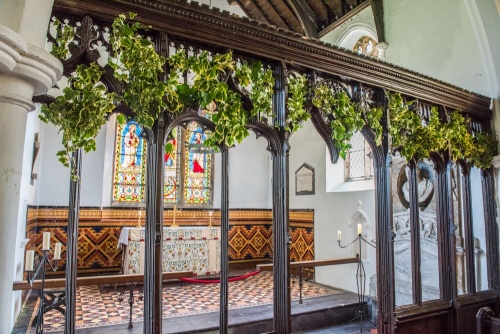 Sir Robert's son and heir was Sir Edward Dymoke, who was the Sheriff of Lincolnshire during the abortive Lincolnshire rising of 1536, an attempt to roll back Protestant reforms.

On the north wall of the chancel is a memorial brass discovered at Scrivelsby Court. A later memorial is a marble tablet to John Tyrwhitt, (d. 1845).

One of the most interesting historical features is a 15th-century wooden chancel screen with delicate tracery. The screen was restored in the Victorian period and is an exceptional example of medieval craftsmanship. 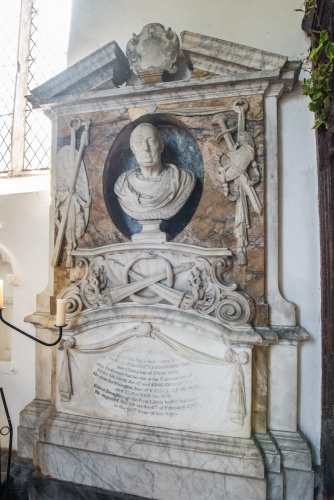 In the south wall of the chancel is a 15th-century piscina and in the north wall is a plain aumbry recess. The octagonal font dates to the 15th century and features traceried panels.

One of the most interesting features at St Benedict's Church isn't in the church at all, but in the churchyard, where you will find the gravestone of Richard Tasker, a gamekeeper on the Scrivelsby estate, who was murdered by poachers in 1850. A reward of £200 was offered for information on the murderers, but no one was ever arrested for the crime, though local people had their suspicions.

We came to St Benedict's Church to find the vicar and one of the parishioners preparing the church for an event. They seemed delighted to see visitors and regaled us with stories of the church and its history. St Benedict's is a fascinating historic building, full of interest. It is well worth visiting to see the Dymoke tombs and the effigy of Lord and Lady Marmion. 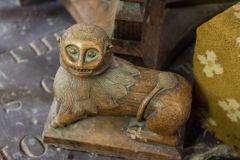 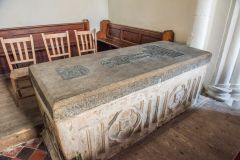 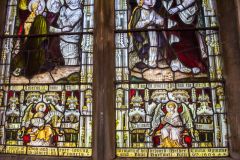