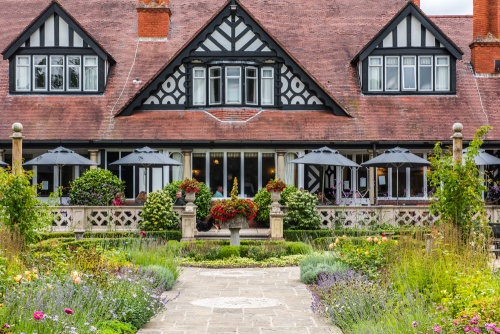 Petwood House was built in 1905 for Grace Maple, the wife of Baron Hermann von Eckhardstein. Maple was the daughter of Sir John Blundell Maple, a wealthy furniture maker from London, and Grace was his eldest daughter and heiress. When Sir John died in 1903 Grace bought 40 acres of woodland on the northern edge of Woodhall Spa, and built a large house in Tudor Revival style.

Grace called upon William Goldring to lay out the formal gardens surrounding the new house, which she called Petwood. Goldring is perhaps best-known for his design of Doddington Hall gardens near Lincoln. Nothing remains of this first garden beyond photos taken by a local photographer at Grace's request.

In 1910 Grace Maple divorced Baron von Eckhardstein and married Archibald Weigall. They enlarged the house and called in Harold Peto (1854-1933) to redesign the gardens. 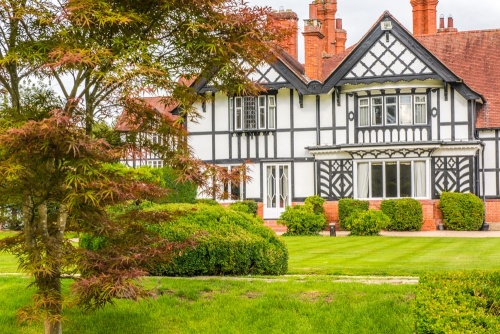 Peto was a popular architect and garden designer who is best-remembered for the superb Italianate gardens surrounding his own house at Iford Manor in Somerset as well as the water gardens at Buscot Park in Oxfordshire. Peto travelled extensively in Italy and was heavily influenced by Renaissance and classical Roman design.

Peto retained the basic layout of the first garden, including a sunken garden west of the house and a wide lawn with a central path to the south. The gardens were finished in 1912. Thankfully, they were featured in an article in Country Life Magazine in 1915, with copious photographs that later proved invaluable in recreating the original design. 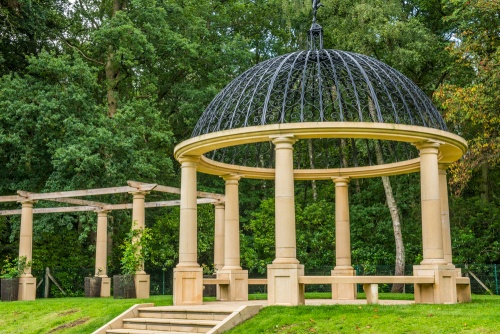 The Temple of Atalanta

Petwood house served as a military hospital in WWI, operated by the Weigall family out of their own pockets. Unfortunately, like many stately homes, Petwood proved impractical to maintain following the war. The Weigalls were forced by rising costs to sell the property in the 1930s. They removed several garden features and re-erected them at their new home in Ascot, Berkshire. The house at Petwood then operated as a hotel until 1940.

The RAF requisitioned Petwood in 1940 and it became the officer's mess for three RAF squadrons. Among them was the 617 Squadron, more popularly known as the Dam Busters. The military connection is remembered today with a WWII Barnes Wallace 'Bouncing Bomb' acting as a garden feature.

After the end of WWII, Petwood House returned to its role as a luxury hotel, which it still is today. Thankfully, visitors are invited to enjoy the historic gardens even if they are not staying at the hotel. 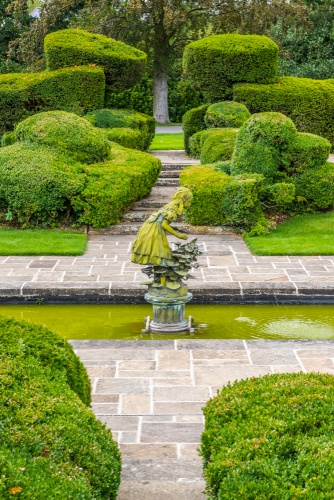 The historic gardens occupy roughly 12 hectares to the south and west of the house. The gardens are arranged either side of a north-south axis punctuated by the house in the north and a raised Temple of Atalanta in the south. A terrace garden is close to the house, punctuated with topiary planted by Goldring for the first garden.

Roses line the central walkway, which leads to a small fountain with a statue of a baby Neptune. Grace Maple purchased the 19th-century statue from the Ducel foundry in France.

Further from the house is a large pond, in the centre of which is a statue of four Nereids, inspired by a similar fountain at Versailles. On a raised earthwork platform beyond the pond is the Temple of Atalanta, a neo-classical Italianate dome flanked by pergolas. 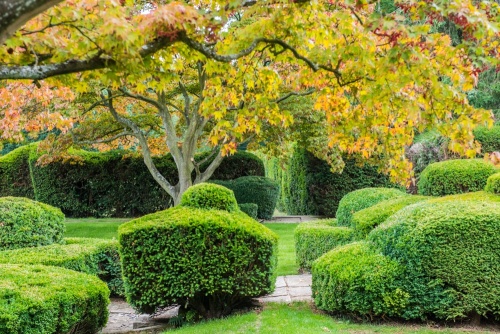 Topiary in the Dutch Garden

On the west side of the lawn is the Dutch Garden, a sunken topiary garden space built around a rectangular pool. This area is surrounded by topiary. Across the entrance drive from the sunken garden is a rustic summerhouse.

At the eastern end of the garden, backing onto woodland, is an Italianate loggia flanked by high red-brick walls with niches for statues. An arched gateway leads to a rhododendron walk in the woodland beyond the loggia, where the trails are lush with colour in the late spring.

The most recent addition to the garden is a fountain dedicated to Diana, Princess of Wales. 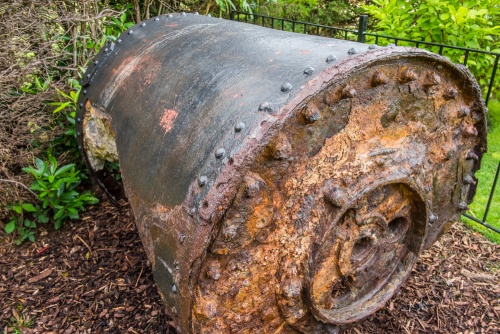 Petwood House Garden is a fascinating example of an Edwardian formal garden with Italianate features, a product of the last flowering of the English country house, designed by one of the most influential garden designers of early 20th-century Britain.

At Petwood Harold Peto put the emphasis on garden architecture rather than horticulture. In a sense, the plants are secondary to the layout, the avenues, sculptures, and the Renaissance structures. These structures add visual interest to an otherwise flat site and the water features give the garden its focus. The result is, without doubt, one of the finest historic gardens in Lincolnshire. 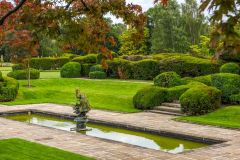 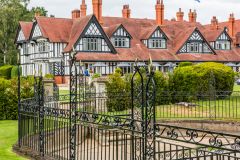 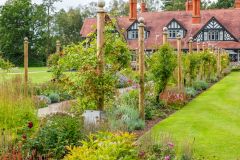 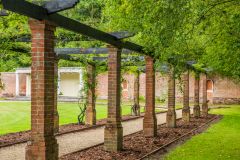 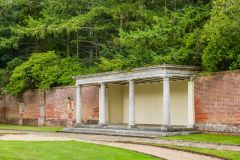 Self Catering near Woodhall Spa