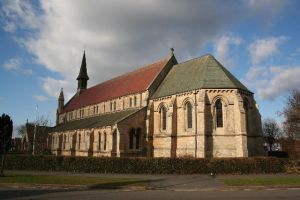 Skegness is a large town in south-east Lincolnshire, with a long tradition as a family seaside resort. The first Butlins Holiday camp was established here in 1935 and is still in operation. Look for the ornate clock tower, erected for Queen Victoria's Diamond Jubilee.

The area around modern Skegness was settled before the coming of the Romans. Today fragments of Roman pottery can occasionally be found along the shore. The Romans used the flat Lincolnshire coast for drying seawater to make salt.

Skegness was a quiet seaside town until the advent of the railway in the 1800s. The new rail network meant large numbers of people wanted to get away from large cities and holiday on the coast. This influx of visitors made Skegness one of the most popular resort towns in Britain.

In 1842 the village, as it was then, had a population of just 185, with a couple of hotels. Shipping from the small port played a larger role in the local economy than did tourism. Things began to change in the 1870s when the Earl of Scarborough, who owned much of the town, laid out a system of new roads and houses, with wide avenues and footpaths. Then in 1873, the railroad arrived, and overnight the sleepy village was transformed into a bustling resort.

In 1882 the trains brought an astonishing 22,000 day-trippers on the August Bank Holiday, most from Midlands towns like Birmingham. Almost all those visitors paid to visit the new amusement pier. More entertainment for visitors was added, including donkey races on the beach.

Skegness was made famous as a holiday destination by a series of train posters. The most well-known of these was launched by the Great Northern Railway in 1908 for its run from Kings Cross Station in London. The poster featured the slogan 'Skegness is so Bracing' and a likeness of the Jolly Fisherman. A modern statue of the famous fisherman likeness now stands in the rail station.

A later transformation arrived in 1929 when Billy Butlins opened a large amusement park by the pier. This was followed in 1935 by the Butlins Holiday Camp and meant famous entertainers headlined at Butlins over the following decades.

There are miles of sandy beaches, and a long amusement pier, plus all the usual entertainment one would associate with a holiday centre. Also on the beach is the Natureland Seal Sanctuary, a refuge for baby seals stranded on the shore.

South of town is the Gibraltar Point National Nature Reserve, and just outside town is the Village Church Farm Museum, an open-air heritage museum showcasing historic buildings such as an 18th-century farmhouse, 19th-century stables, and a thatched cottage rescued from the village of Withern and reassembled on site.

A local icon is the Clock Tower, built in 1897 to commemorate Queen Victoria's Diamond Jubilee. The ornate tower was built by public subscription and now stands, looking rather lonely, on a busy traffic island.

On Lumley Avenue is St Matthew's church, built by the 9th Earl of Scarborough. The Earl wanted his new church to be the centrepiece of town life, so he had it built in the centre of a large traffic island. The Earl's vision might have worked out well were it not for the advent of the automobile, and today visiting St Matthew's can be a challenge!

Inside the church are colourful 19th-century stained glass windows, including one by Sir Ninian Comper. The east windows serve as memorials to the 9th and 10th Earls, though the glass is modern, replacing glass destroyed by bombs in WWII. 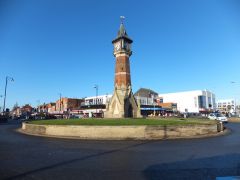 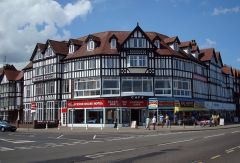 More self catering near Skegness >>

More bed and breakfasts near Skegness >> 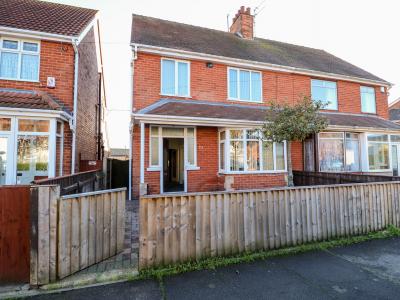 This charming semi-detached house rests close to the centre of Skegness in Lincolnshire and can sleep seven people in four bedrooms.
Sleeps 7 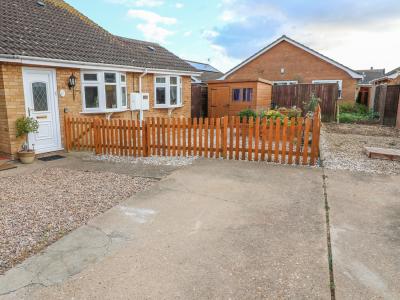 This well-presented single-storey cottage rests on the fringes of Skegness in Lincolnshire and can sleep three people in two bedrooms.
Sleeps 3