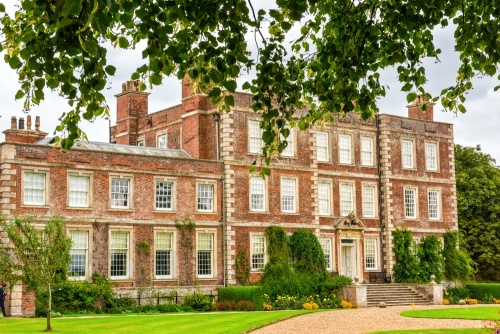 Tennyson called Gunby Hall 'A haunt of ancient peace'. The house has been the seat of the Massingberd family since the 15th century but what we see today is a sedate William and Mary mansion, built in 1700 by Sir William Massingberd.

The interiors are not spectacular, but comfortable. There is a painting by Sir Joshua Reynolds of Bennet Langton and his wife. The eccentric Langton was such an admirer of Johnson that he read aloud from the latter's famous dictionary at the dinner table, while his valet combed his hair!

Langton's son was Peregrine, who married into the Massingberd family in 1805. He is responsible for planting many of the trees that populate the parkland surrounding the house.

By far the most fascinating of the Massingberds of Gunby was 'Naughty' Algernon Massingberd. Algernon inherited the estate at only 16, but he quickly gambled away his inheritance. Pursued by his creditors, Algernon fled overseas to the Amazon. 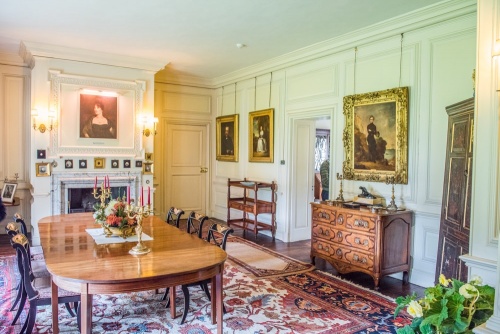 His fate was unknown, so no one could inherit the Gunby estate until 7 years had passed and Algernon could be legally declared dead! When Algernon was finally declared dead in 1863 his uncle Charles took over, restored the house, and added a north wing.

Another notable Massingberd was Emily, a leading campaigner for women's rights and an outspoken advocate of the temperance movement. She helped found the Pioneer Club in 1892 to advance women's political profile.

In 1944 the Air Ministry wanted to tear down Gunby Hall to build a runway. Field-Marshall Sir Archibald Montgomery-Massingberd forestalled them by donating his family home to the National Trust and the Air Ministry had to look elsewhere for their runway. The last Massingberds left Gunby in 1967. 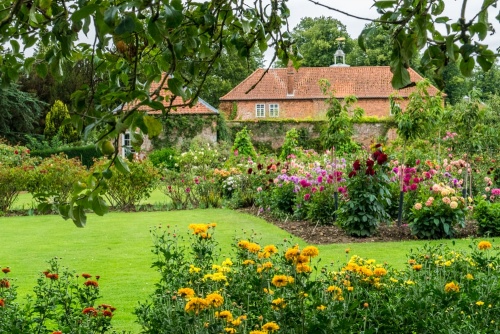 One of more peculiar objects at Gunby is a model of a Napoleonic War battleship made of mutton bones. It is said that the bones were gnawed into the necessary shape by French prisoners of War. Perhaps more expected are the collection of clocks, Meissen ceramics and Delft pottery, as well as fine furniture and paintings and memorabilia associated with Dr Johnson and Alfred, Lord Tennyson.

There are 8 acres of gardens with a walled garden, formal borders, and treed walks. Look for a historic dovecote, stable block, and a special storage building for apples. In the grounds is St Peter's Church, which holds memorials to generations of Massingberds. The oldest memorial is a brass commemorating Thomas and Johanna Massingberd, c. 1405.

Also on the Gunby estate is the Monksthorpe Chapel, a 1701 Baptist chapel built to look like a barn to avoid being discovered at a time when Dissenting religion was illegal and dangerous. Ask at the National Trust cafe for keys to the chapel and a map of the route.

Gunby Hall is very well signposted from surrounding roads. Be aware that the Hall entrance is directly off Gunby Roundabout, where the A158 meets the A1028 and the B1196. Our satnav tried to send us on an incorrect exit off the roundabout, but if you simply keep your eyes open for the signposted entrance to the Hall as you go around the roundabout you will be fine. 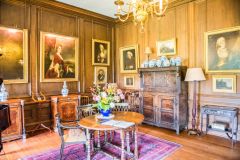 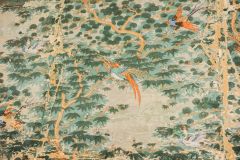 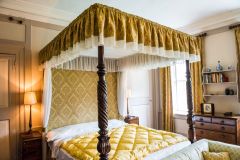 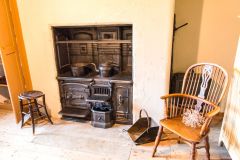 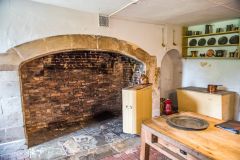 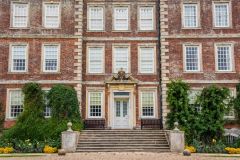 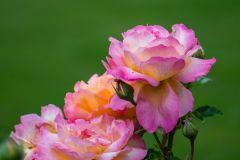 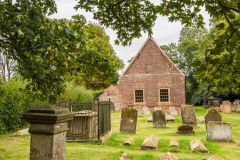 More self catering near Gunby Hall >>