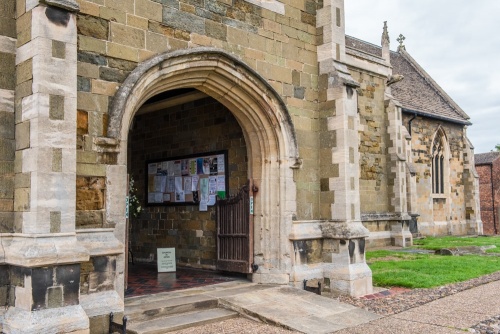 St Wilfrid's Church in Alford dates to at least the 14th century. Though the church was comprehensively restored in the 1860s many original medieval features still remain, including a 14th-century chancel screen, panels 14th-century and Tudor stained glass, a richly carved Jacobean pulpit, and an ornate 17th-century tomb.

There is known to have been a church on this site since 1150. This Norman building was pulled down around 1350 to make way for a new church in Decorated Gothic style. The 14th-century building was very simple, consisting of a nave, chancel, north and south aisles, and west tower.

The patron of the new building was William of Tothby. In 1396 the Tothby family established a chantry chapel in the North Chapel and paid for a priest to say masses for the souls of family members. 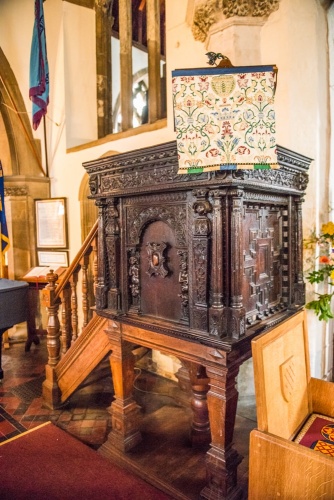 By 1867 the 14th-century building was in poor repair, so the famous architect Sir George Gilbert Scott was called in to restore it. Scott's work included alterations to the west tower and the addition of a second north aisle.

Over the south porch is a parvise, a small chamber original used as quarters for the priest. In 1569 the parvise was used as the home of a grammar school dedicated to Queen Elizabeth I. Queen Elizabeth's Grammar School is still in operation over 450 years later - though now in much more comfortable quarters!

You pass under the parvise to enter the church. Under the tower arch is a Victorian font. In the corner under the tower is a spiral stair leading the bell chamber where there is a ring of six bells. On the wall left of the font is a memorial to Anne Hutchinson, the first female preacher in American history. Hutchinson was baptised here in 1591 - though obviously not in the present font.

She was the daughter of Alford's vicar, Francis Marbury, who taught her theology. She emigrated to America in 1634 with her husband and family. She hosted Bible study groups in the Massachusetts Bay Colony, but her teaching was so radical that she was excommunicated and forced to leave the colony. She settled in the Rhode Island colony in 1642 and died in an attack by Native Americans the following year. 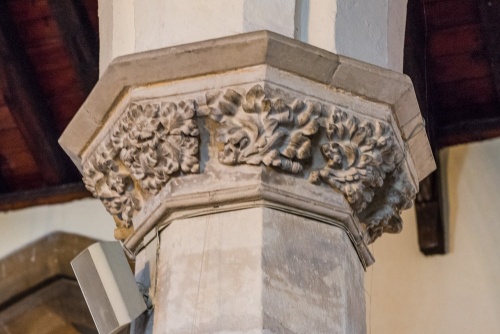 Moving into the nave, you can't help but notice the beautifully carved north aisle arcade, crafted in the middle of the 14th-century.

In the north-east corner of the north aisle is the St Laurence Chapel, designed by Sir Ninian Comper. Comper was responsible for the richly coloured stained glass window and the war memorial that stands outside the south porch.

At the north-east corner of the nave stands the Jacobean pulpit. Look for a pair of peculiar carvings; one shows a man with a woman's head while the other shows a woman with a man's head.

Between the nave and chancel is the 14th-century wooden screen, topped by a modern rood. The screen would have been brightly painted when new but the paint has long since faded. There are four statue niches built into the screen. It is thought that the statues in these niches were destroyed by Cromwell's soldiers during the Civil War. Look for a painted symbol of a small dog, thought to have been the artist's 'signature'. 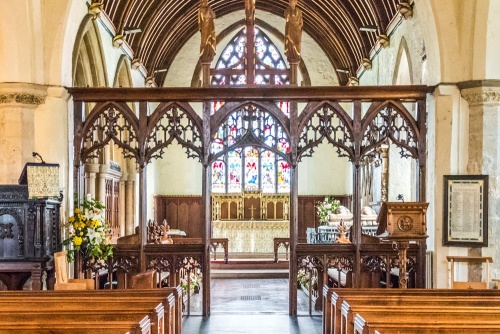 In the chancel is an organ dated to 1860, built by the Foster and Andrews company of Hull. On the south side of the chancel is a marble and alabaster memorial to Sir Robert and Dame Elizabeth Christopher. The Christophers were local benefactors, establishing a set of almshouses for the poor. They also rebuilt Alford Manor House (now a museum).

In the east window you can see the oldest stained glass in the church, dating to the 14th century, along with richly coloured Victorian glass by the famous London firm of Clayton & Bell. More old glass is in the vestry windows (just barely visible from the sanctuary).

There are several fascinating old memorials around the church. Set into the floor is a memorial brass to the Key family, including a poignant mention of Dorothy Key, who died in 1765 at just two years old. 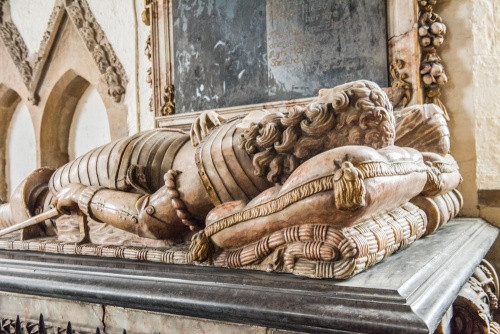 When we visited the church there was a fascinating exhibit on display covering historical people associated with Alford and the church.

Among these people was Captain John Smith (1539-1631), a native of Willoughby, 5 miles from Alford. Smith almost certainly attended grammar school in the chamber above the south entrance. He was one of the founding fathers of the Jamestown colony in the New World, served as governor of Virginia and heavily influenced the colonisation of America.

Another local figure was Thomas Paine, the writer whose most famous work,'The Rights of Man', helped launch the American Revolution. Paine had a brief and unsuccessful career as an exciseman in Alford from 1764-65, where he lived in the Windmill Hotel.

St Wilfrid's Church is easily reached. It stands on Church Street in the centre of Alford. There is no dedicated parking but we were able to find a parking spot in a nearby side street. The church was open when we visited and is worth making an effort to visit. 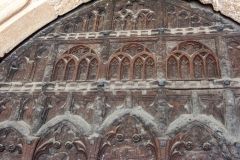 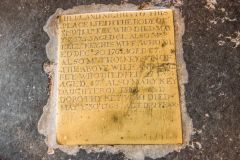 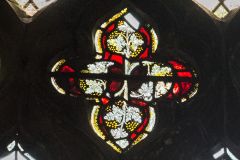 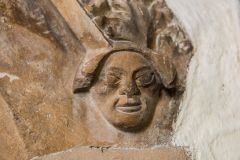 Self Catering near Alford