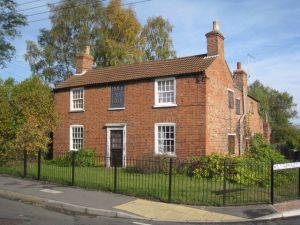 Swinderby is a small village 9 miles south-west of Lincoln, on the River Trent. There is an annual antiques fair, and just outside the village is RAF Swinderby airfield.

The airbase opened in 1940 and was under the command of RAF Bomber Command during WWII. Several bomber squadrons were based here including No. 300 and 301 Polish Bomber Squadrons. It was a training facility from the 1950s until the base closed in 1993. The land is now used for commercial mining.

All Saints parish church dates back to the Norman period, but there was a church recorded here as early as AD 925. The oldest part of the current building is the south wall and the tower, which date to the 12th century. It seems that the tower was originally free-standing, but was joined to the body of the church in the 13th century. The font is 15th century and there is a peculiar rounded apse added in the 19th century.

All Saints was linked to the Knights Templar, who owned land in the Swinderby area. The church was also closely linked to the local Disney family, ancestors of the filmmaker Walt Disney. Henry VIII granted the manor and the rectorship of All Saints to Richard Disney in 1579.

A later Disney was John, who served as vicar from 1770 and created a survey of the local population; an early form of a census. Look for memorials to generations of the Disney family within the church, including an 18th-century memorial brass and wall monument.

There are several old farmhouses and period cottages around the village. Holt Farm has a date stone above the entrance that appears to read '1740'. Much newer are the Coronation Cottages, built to mark the coronation of George V. Then there is the popular Plough Inn, a traditional country pub made with oak beams, darkened with age. 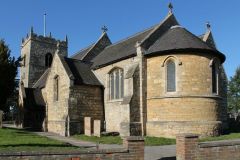 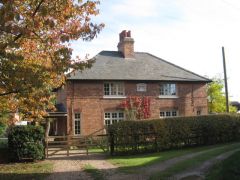 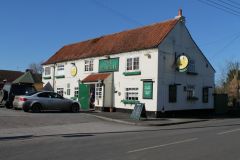 More self catering near Swinderby >>

More bed and breakfasts near Swinderby >>