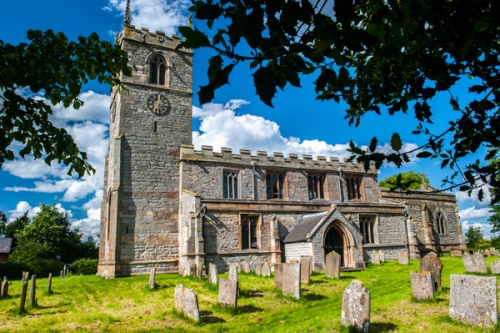 St Wilfrid's Church in the Nottinghamshire village of Low Marnham is a very nice county church in Perpendicular Gothic style (which loosely translates as the 15th century). The most interesting feature of the church is a quite amazing south doorway, shaped into an ogee arch with multiple layers of moulding. The bottom ends of the ogee moulding have very nicely carved small heads.

I wouldn't claim that the doorway is unique, but I certainly can't recall ever seeing a similarly shaped entrance at any parish church in England!

The best feature of the interior is the nave arcades, with some very nice carved capitals. There are 18th-century monuments to members of the Cartwright family and a couple of very nice 17th-century wall cartouches.

The church dates to the 13th century, with alterations in the 14th and 15th centuries. During this period the north aisle was extended to create a chantry chapel for the Chaworth family. 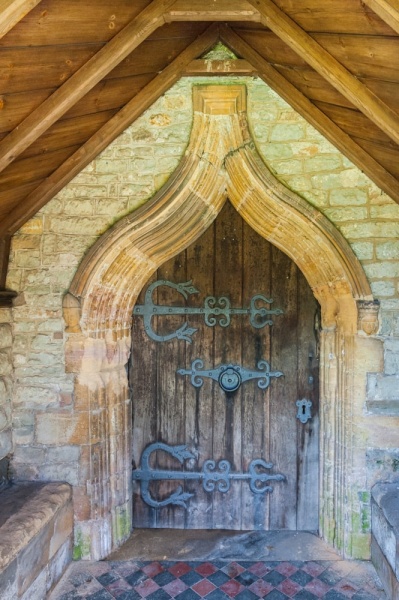 In the south aisle, just inside the entrance, is a plain octagonal 18th-century font topped by a very large and elaborate wooden cover attached to a pulley system. on the wall near the font is a medieval holy water stoup. At the east end of the aisle is a 14th-century piscina under a cinquefoil canopy.

There is a 15th-century stained glass panel depicting St James in the central window in the north aisle. Under the window is a marble memorial to William Wilson (d. 1698).

The pulpit, in the north-east corner of the nave, dates to the 19th century. Over the chancel arch is a painted royal coat of arms from the reign of George II (1727-1760). 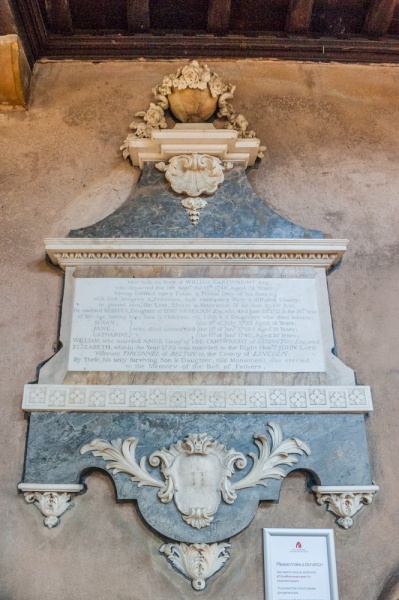 The east window has very good 19th-century stained glass, depicting the Crucifixion, the Resurrection, and the Ascension. On either side of the window are Commandment boards, painted with delicate golden lettering. The chancel roof, like the glass, is 19th-century work.

St Wilfrid's is no longer in use for regular worship and is cared for by the Churches Conservation Trust, who generally keep it open for visitors at any time. 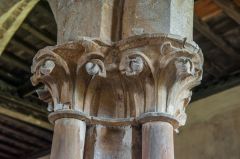 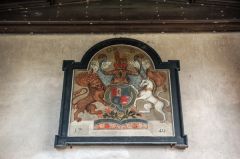 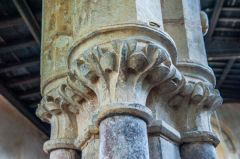 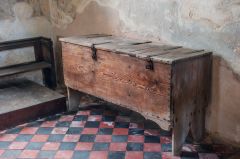 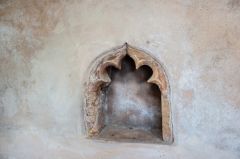