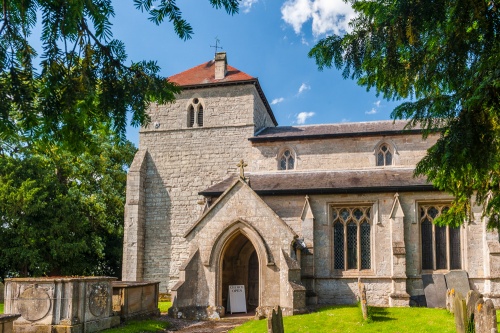 The old church of St Gregory at Fledborough lies in water meadows near the River Trent. The oldest part of the building is the tower, which has a 12th-century base surmounted by a 13th-century top and a pyramidal roof.

The bulk of the church is late Decorated or early Perpendicular in style (loosely speaking that is spanning the 14th and 15th centuries). The interior features the partial remains of a 14th-century Easter Sepulchre with very nice carved panels depicting sleeping soldiers and angels. The largest part of the Sepulchre was discovered serving as a doorstop for the rectory.

Built into the exterior of the east end of the south aisle is an early 14th-century effigy of a woman, dressed in a kirtle and robes, and holding what appears to be a heart in her hands. Intriguingly, a silver reliquary in the shape of a heart was found in the church.

In the north aisle is a partial remnant of a 14th-century grave slab, probably commemorating the wife of John de Lisietix, who founded a chantry here in 1343. There are coffin lids under the tower, one of which may belong to one of the chantry priests. Also under the tower is a late 14th-century alabaster effigy of a knight in armour. 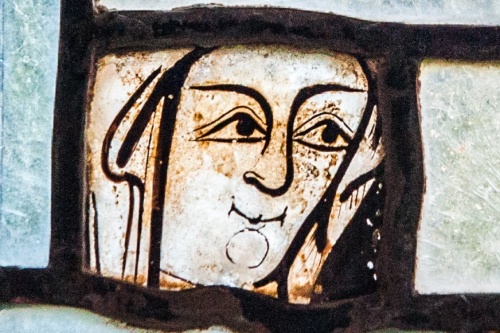 One of the best features of Fledborough church is the collection of 14th-century stained glass. Most of these pieces have been gathered together in the east window of the north aisle. This window is divided into three lights, but the centre light has, unusually, been filled in with masonry, and a canopied niche inserted.

The nave is four bays long, with a low clerestory over. The medieval chancel was pulled down in 1764 to make way for a Georgian east end. There are numerous examples of heraldic shields in the glass throughout the church. 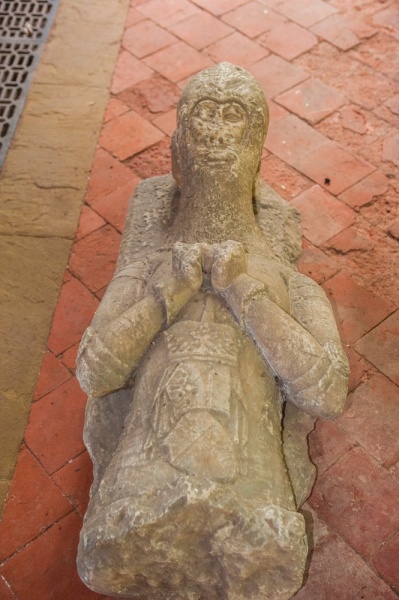 During the 18th century, Fledborough gained a reputation as a destination for eloping couples to marry in haste. In fact, Fledborough became known as 'the Gretna Green of Nottinghamshire'. The man responsible was Rev W Sweetaple, the rector from 1721 to 1753, who records in the church register a large number of marriages with "license granted by me."

St Gregory's is no longer used for regular worship and is in the care of the Churches Conservation Trust, who contrive to keep it open most of the time. It was open when we visited. 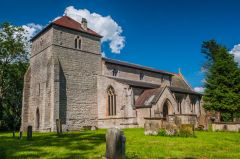 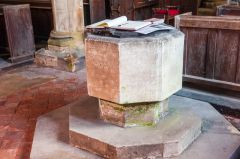 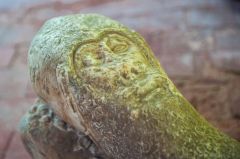 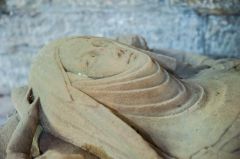 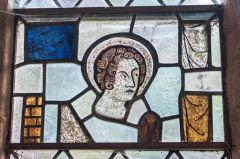