HERITAGE HIGHLIGHTS:   Kent's Cavern was home to some of the earliest Britons 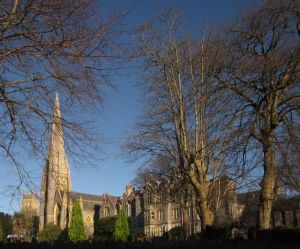 Torquay is a large seaside resort town in south Devon, overlooking Tor Bay, in an area known as the English Riviera for its sandy beaches and mild climate. Much of the architecture is post-Regency, with the exception of Torre Abbey, a 14th-century manor house.

Many of the houses of Torquay were built as 'villas' for naval officers and families, and these villas are one of the most notable aspects of Torquay today. A few miles away is the showcave of Kent's Cavern, the scene of some of the earliest inhabitation in Britain. Torquay Museum tells the story of the area.

Unlike some model villages, this is not meant to portray the locale of Torquay, but incorporates scenes from across Britain, both real and imagined. For example, you can see a miniature Stonehenge, a model of The Shard in London, and even a scene from the EastEnders TV series.

In the northern part of Torquay is St Marychurch, which takes its name from the Saxon church of St Mary. The present building is the fourth on the site, but it retains an early Norman font. The church was struck by a bomb in 1943 when 3 Sunday school teachers and 21 children were killed. The church was rebuilt and reconsecrated in 1956.

On Babbacombe Road stands this museum of local heritage, housed in an attractive Victorian building. One of the highlights is a gallery dedicated to writer Agatha Christie. See a reconstructed Devon farmhouse, prehistoric artefacts discovered at Kent's Cavern, and a special collection of Egyptian finds, including the mummified skeleton of a young boy from 500 BC.

Incongruously in the centre of Torquay (or, more accurately, under it) lies this cave system, formed in the early Pleistocene period by the action of water. The caves have revealed a wealth of archaeological remains as well as stunning geological rock formations. Curiously, the cave was once used as a workshop by a carpenter making bathing huts for the beach. Agatha Christie used Kent's Cavern as the model for Hempsley Cavern in her novel The Man in the Brown Suit.

A heritage walk with a difference, the Agatha Christie Mile links the Grand Hotel and the Imperial Hotel, with 7 plaques along the course of the walk highlighting key events in the famous crime writer's life. Places along the Walk include the Grand Hotel, where Christie spent her honeymoon night in 1914, and Torre Abbey Gardens, with its special Potent Plants collection inspired by poisons used in Christie's books.

Another location is the Pavilion, where Archie Christie proposed to Agatha Miller, and Beacon Cove, where she almost drowned while swimming. You can pick up a free leaflet about the Walk from the visitor centre, and guided tours can also be arranged.

Torquay's oldest building is Torre Abbey, founded as a monastery in 1196. After the Dissolution of the Monasteries, the former monastic site was reused to build an elegant stately home for the Cary family. In 1930 the local council purchased the house for a public art gallery and made the grounds into a country park. Among the items on show are mementoes of writer Agatha Christie.

Beside the house is the Spanish Barn, so named because it was used to house 397 Spanish prisoners from the Spanish Armada. The prisoners were soldiers and crew from the galleon Nuestra Senora del Rosario, the only vessel captured during the Armada invasion. In the garden is a glasshouse with tropical and desert plants.

Outside Torquay is the picturesque village of Cockington, where you will find Cockington Court, a mansion built by the Mallock family in the 16th century, over the ruins of a medieval house. A craft centre now occupies part of the estate buildings. The Court grounds are now a popular country park. 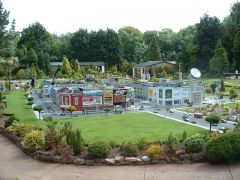 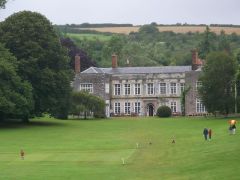 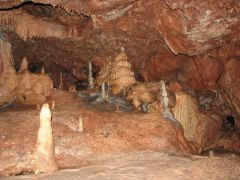 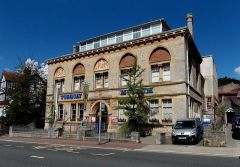 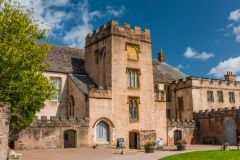 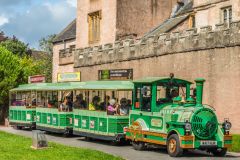 More self catering near Torquay >>

More bed and breakfasts near Torquay >>

This property is located in the seaside resort of Torquay the most northerly town on the attractive bay which makes up the English Riviera. Often seen as the most upmarket …
Sleeps 4 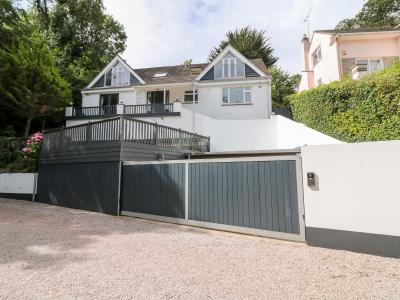 This detached, luxury home rests in Torquay and can sleep ten people in five bedrooms.
Sleeps 10