We'll start this section with mention of the two National Parks falling largely within Devon's borders:

Dartmoor National Park
In the middle of the county is Dartmoor, where tall granite "tors" stand out atop two high plateaus split by the valley of the River Dart. On those plateaus, the famous Dartmoor ponies still graze. Dartmoor is also blessed with an abundance of prehistoric remains.

Standing stones, hut circles and hill forts dot the landscape of the moor. There are remains of settlements at Grimspound and Standon Down, and several varieties of stone rows and circles near Merrivale. The moor is also famous for its "clapper bridges", with the best at Dartmeet and Postbridge. For a visual tour of the National Park, visit our Dartmoor Photo Gallery.

Exmoor National Park
Along the north coast is Exmoor National Park, home to some of the most varied and beautiful scenery in England. The moors contain large deposits of peat, which form bogs due to the high rainfall. The peat moors give way to heather uplands, replete with a variety of grasses and plants, such as gorse and whortleberry. Pretty villages dot the Park, and lovely villages such as Lynmouth cluster at the coast.

And now some more specific places of interest in the countryside: 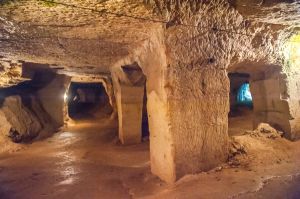 A fascinating series of manmade caves produced by 2000 years of quarrying Beer stone. The Romans began quarrying stone from the cliffs at Beer around AD 50. During the medieval period Beer stone was used in 24 cathedrals and innumerable historic buildings such as Windsor Castle and Rochester Castle. Tours include a rock chapel used by Catholics following the Reformation.
Quarry Lane, Beer, Devon, England, EX12 3AT 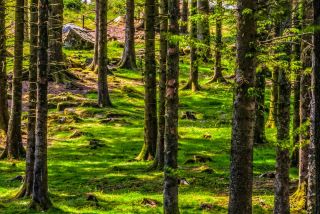 Bellever Forest is a forestry plantation on the River Dart in the heart of Dartmoor, with trails leading prehistoric stone rows and hut circles. Dartmoor ponies graze the woodlands, and the remains of a medieval clapper bridge stand on the river bank.
Bellever, Postbridge, Dartmoor, Devon, England, PL20 6TP 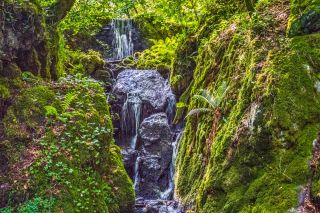 Canonteign Falls is a 19th-century waterfall built for Lady Susan Exmouth as a folly and to provide work to unemployed miners. The waterfall has the highest sheer drop in Britain at 70m. You reach the falls through a Victorian fern garden and a secret garden linked by 90 stone steps cut into the solid rock.
Christow, Devon, England, EX6 7RH

Hartland Quay is an isolated stretch of rocky coastline near the village of Stoke in North Devon. The coast here was used by US Army forces training for the D-Day landings. Inland stands Hartland Abbey, a stately home formed from the ruins of a medieval monastery.
Stoke, Devon, England 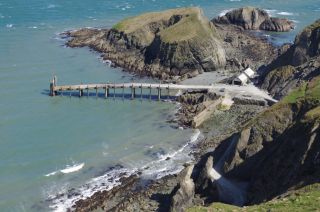 It is unusual for a popular attraction to have a postal address of 'Bristol Channel', but such is the case with Lundy Island. This picturesque islands stands 11 miles north of Hartland Point, Devon, in the midst of the Bristol Channel.
Bristol Channel, Lundy, Devon, England, EX39 2LY 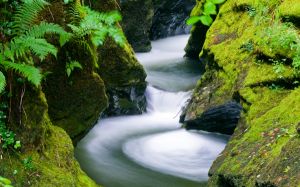 Lydford Gorge is a breathtaking wooded gorge, the deepest in the West Country, with a 30-metre waterfall and a spectacular whirlpool known as the Devil's Cauldron. The River Lyd thunders through the narrow gorge in places, and in other places slows to a peaceful meander through beautiful woodland. There are circular walk trails, offering a three-mile walk or an easier 1.5-mile walk.
The Stables, Lydford, Dartmoor, Devon, England, EX20 4BH 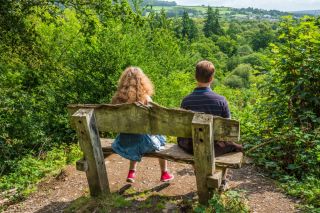 Parke is a former country house estate on the edge of Dartmoor, now preserved by the National Trust. Highlights include riverside and woodland walks, a medieval weir and leat on the River Bovey, a walled garden, 19th-century orchard, and elegant Parke House (exterior only).
B3387, Bovey Tracey, Dartmoor, Devon, England, TQ13 9JQ 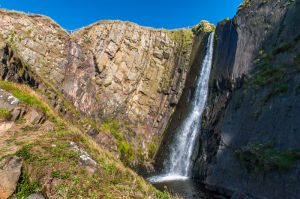 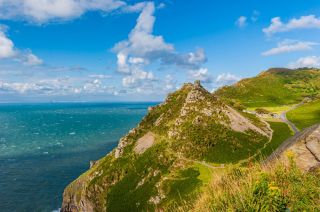 The Valley of Rocks is a spectacular U-shaped valley in northern Exmoor, just outside Lynton, offering fantastic coastal views. It is home to some of the highest sea cliffs in England and boasts a herd of feral goats.
Longmead, Lynton, Exmoor, Devon, England, EX35 6JH 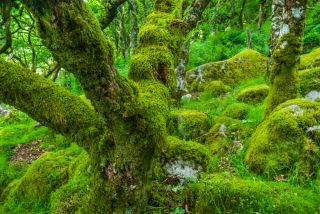 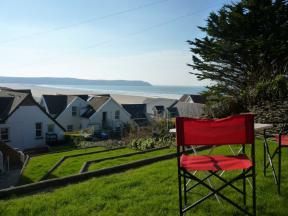 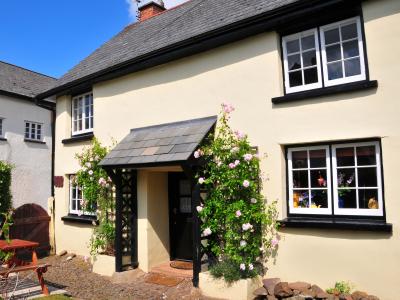 This is a semi-detached cottage in the village of Lapford in Devon, it can sleep four people in two bedrooms.
Sleeps 4