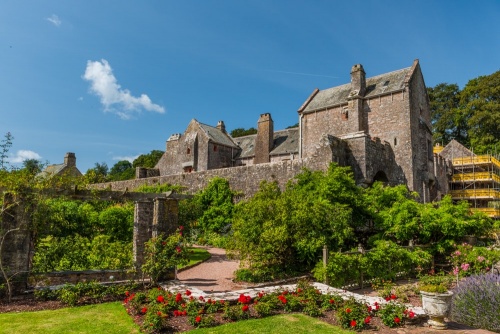 Compton Castle is a picturesque fortified manor house, bristling with turrets and parapets, in a sheltered valley setting. The castle was built by the Gilbert family, and a descendant of the same family inhabits the house today, though now the property is owned by the National Trust.

The roots of Compton Castle go back to the 12th century when a manor house here was owned by Sir Maurice de la Pole. In honour of the Pole family connection, the castle was known as Compton Pole.

In the middle of the 14th century, the manor was replaced with a large hall with a solar (family rooms) and service rooms at opposite ends. Around 1520 a fortified facade was added, by John Gilbert. Gilbert's son, also named John, helped command the English resistance to the Spanish Armada.

John was followed by Sir Humphrey Gilbert, half-brother of Sir Walter Raleigh. Gilbert had much in common with Raleigh; he was a seafaring adventurer, keen on exploiting the New World, and most famously helped to colonise Newfoundland. 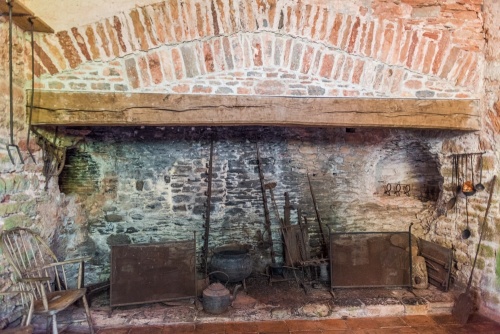 It is thought that on a visit to Compton Castle after a trip to the New World, Raleigh smoked the first pipe of tobacco in Britain. The connection goes deeper, for Sir Humphrey named his son Raleigh Gilbert, and the younger Raleigh helped establish Popham Colony in Maine in 1607.

The Gilbert family held Compton until 1785. The property was allowed to fall into decay for the next century, but in 1931 a descendant named Commander Walter Raleigh Gilbert bought it back and 2 decades later gave it to the National Trust on condition that the family be allowed to continue living in the property.

The castle is surrounded by a strong curtain wall, rising 7.3 metres high (about 24 feet). The castle walls are fully 3 feet thick, made of local red sandstone dressed with ashlar. Outside the wall is a picturesque 18th-century thatched barn. 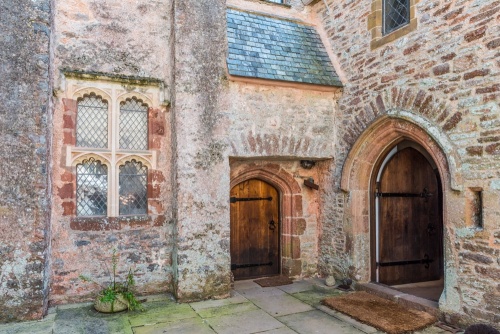 From the kitchen, a steep stairwell leads up to a vaulted chamber that may have been used as a guardroom. In the passage between the Great Kitchen and the house is a worn medieval door now carefully preserved inside a glass frame.

The medieval great hall was a complete ruin in the early 20th century and was roofless until 1955, but it has now been completely restored, as has the solar, or private family living quarters. There is also a small family chapel, still used today.

The castle is surrounded by lush gardens, including a period knot garden, orchard, and rose garden.

Do take advantage of the free introductory talk about Compton Castle given by a costumed actor in the chapel. The actor was exceptionally good and extremely knowledgeable. He told us the history of the house and about life here in the medieval period in a way that was both funny and informative - not always an easy balancing act to perform!

Compton Castle was used in the filming of the 1995 film adaptation of Jane Austen's Sense and Sensibility. 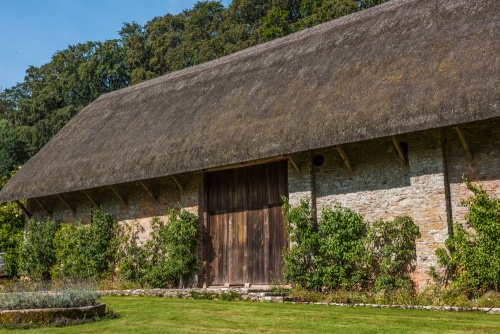 Compton Castle is located in Compton village, just north of Marldon. The castle is well signposted off the A380. Just take the Marldon roundabout exit and follow the brown signs. There is limited visitor parking outside the castle gates.

Note: Unfortunately, we were not allowed to take interior photos since the castle is a private home, even though it is owned by the National Trust. 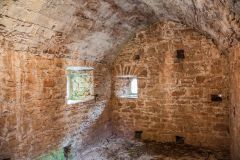 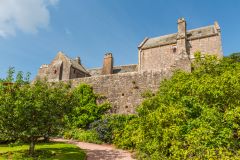 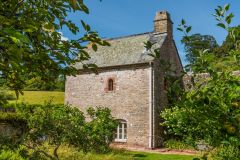 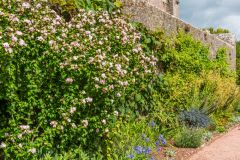 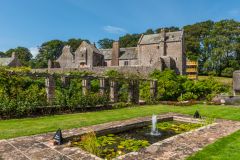 More self catering near Compton Castle >>