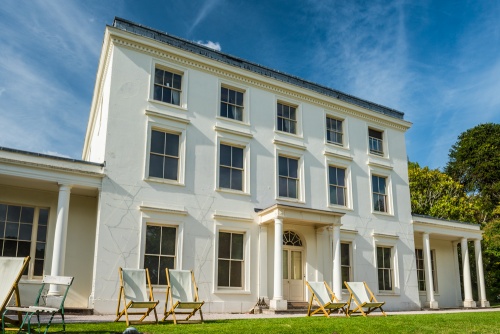 Greenway was the private holiday home of mystery writer Agatha Christie, who grew up in nearby Torquay. The house is set in glorious woodland gardens on the east bank of the River Dart. The interiors feature wonderful collections of silver, books, china, and Tunbridge ware in addition to a wealth of family mementoes on objects associated with Christie and her writing carer.

Greenway House is now open to the public following an extensive restoration project by the National Trust.

The Greenway estate dates to at least the late 16th century, when records show that it was owned by Sir John Gilbert (see Compton Castle for more on the Gilbert family). Sir John is said to have used Spanish prisoners of war to level the grounds. Sir John was an ancestor of Sir Humphrey Gilbert the naval hero and explorer. Around 1700 Sir Humphrey sold Greenway to Thomas Martyn.

In 1777 Roope Harris inherited the property. Harris decided that one 'Roope' wasn't enough and changed his name to Roope Harris Roope. 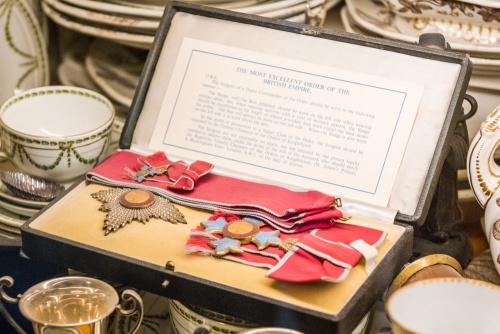 Sometime around 1788 Roope Harris Roope pulled down the existing 16th-century house of Greenway Court and built the elegant building we see today. Roope only lived here for three years before selling it to Edward Elton.

The property passed through several families, including the Luttrells of Dunster Castle, before it was purchased by Thomas Bolitho in 1882. It was Bolitho who developed the gardens at Greenway and planted large numbers of extensive collections of magnolias, rhododendrons, and camellias.

Bolitho's daughter Mary inherited Greenway in 1919. She was married to Charles Williams of Caerhays Castle in Cornwall. Williams helped sponsor several plant hunting expeditions to the Orient, and as a result, the gardens at Greenway feature excellent examples of Chinese species.

Greenway was purchased by Agatha Christie and her husband, the archaeologist Prof. Sir Max Mallowan, in 1938. In 1947 Christie's son-in-law established a commercial nursery in the grounds.

Greenway features a woodland garden with native wildflowers underlying plantings of rare half-hardy trees and shrubs. There are country walks along the River Dart and through beautiful woodland. The Trust also offers special guided tours, including house tours and 'Meet the Gardener' tours. There are also open-air theatre events throughout the year. 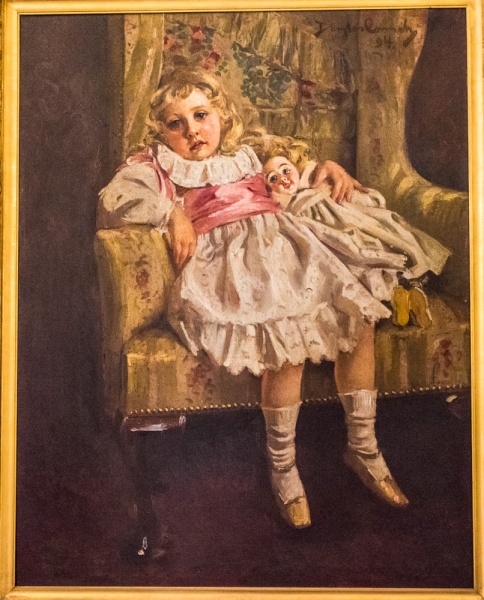 Portrait of Agatha Christie as a young girl

One of the highlights at Greenway is a portrait of Agatha Christie as a child, looking bored and holding her favourite doll. That very same doll is propped upright on a chair under the portrait.

One amusing highlight is Christie's OBE medal, which she usually kept hidden away in a cupboard. It is now in a display case with her ceramic collection. Another highlight is a case of first-editions of Christie's novels, including a film script for Dead Man's Folly signed by actor David Suchet. In another display case is the author's typewriter, a Remington Victor T Portable.

The master bedroom is interesting in that there are two beds, a double bed and Sir Max Mallowan's camp bed that he took on archaeological digs. Apparently Sir Max found the camp bed more comfortable than the 'real' bed so had it set up in the couple's bedroom. 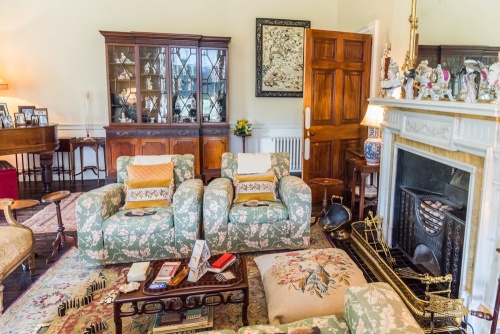 Another highlight is a mural painted by American service personnel who were stationed at Greenway during World War Two. Fifty-one captains and crew of the US Coast Guard's Flotilla 10 stayed at Greenway in the build-up to the D-Day landings.

One of the men was Lt Marshall Lee, who left behind a remarkable series of 13 murals in the library, which served as the men's mess room. The murals, using only the colours black, white, khaki, and blue, are arranged as a timeline depicting the previous eleven months of the Flotilla's journey to Greenway.

Aspects of her own house and grounds inspired one of Agatha Christies most enduring mystery novels, Dead Man's Folly, published in 1956. The house in the novel is inspired by Greenway and the body is found in a boathouse modelled after her own Bathhouse at Greenway, which overlooks the River Dart. In 2013 David Suchet filmed Dead Man's Folly at Greenway as part of the 13th and final season of Poirot mysteries for the ITV network.

The gardens also featured in the film adaptation of Five Little Pigs (1943). 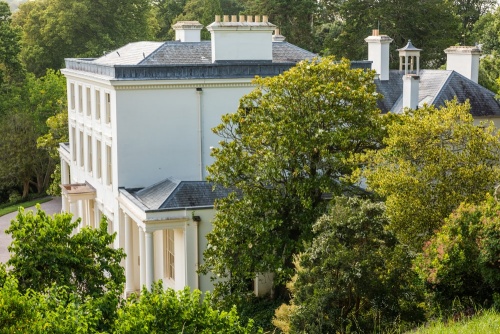 Greenway from the gardens

Paths lead through the gardens to The Battery, a 19th-century gun platform erected as part of the Napoleonic Wars defences for the Dart estuary and the approaches to Dartmouth. From the Battery, a trail leads along the shore to the Swiss-style Bathhouse, built in the late 18th century.

Though it is called the Bathhouse this attractive building is both a boathouse and a bathhouse, with a plunge pool fed by a channel from the river. The plunge pool was the inspiration for the pool in Dead Man's Folly where the body of Marlene Tucker was discovered. 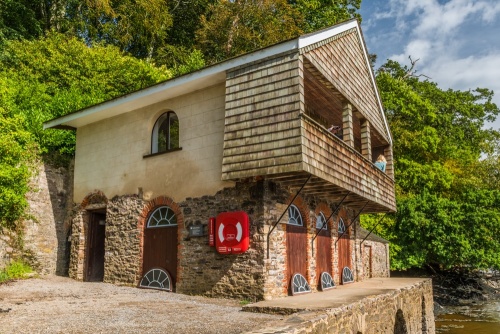 The most interesting way to visit Greenway is by taking the Greenway Ferry from Dartmouth, followed by a steep walk from the quay to the house and garden. There are also ferries from Brixham, Torquay, Totnes and from Dittisham village on the west bank, directly opposite the house. Alternatively, you can access Greenway on foot via the Dart Valley Trail or John Musgrave Trail.

Or arrive by vehicle, through Galmpton village, but note that parking MUST be pre-booked if arriving by car. See the National Trust website for details.

The National Trust operates a timed ticket scheme to minimize the impact of visitors on the house and nearby villages. Please allow up to 3 hours for a visit, and be prepared for a wait before entry. 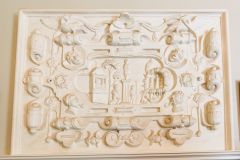 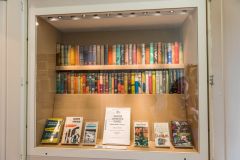 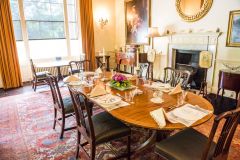 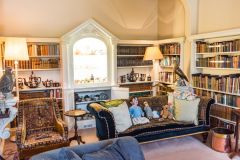 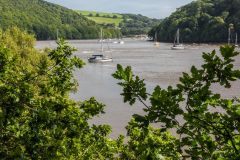 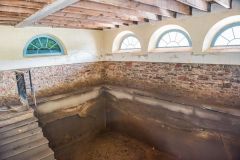 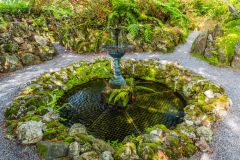 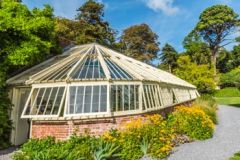 More self catering near Greenway >>

More bed and breakfasts near Greenway >>