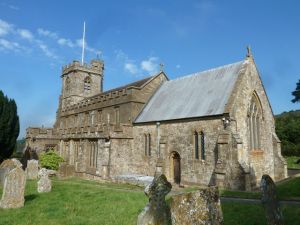 A lovely rural village near Beaminster, Broadwindsor was mentioned in the Domesday Book, though the area was undoubtedly settled during the Roman period when the first wave of Roman troops set up a camp on nearby Waddon Hill in AD 43.

The parish church of St John the Baptist dates to the 12th century, though it was heavily rebuilt in 1868. The most famous rector to serve Broadwindsor was Thomas Fuller, author of 'The Worthies of England and The History of the Holy Warre', who preached at St John's from 1634 to 1650. Unusually for a 17th-century rector, Fuller had a gift for humour, and gave sermons that had his parishioners roaring with laughter - a rare gift!

The Victorian restoration swept away many of the medieval fittings, but the church retains its Norman font.

During the Civil War Broadwindsor experienced a dramatic episode; King Charles II was fleeing Parliamentary troops after the Battle of Worcester. He sheltered for 2 nights in the Castle Inn (later to become the George Inn) on The Square. Enemy troops began to search the house but were put off when a camp follower began to give birth in the kitchen. The troops left, and the king was able to escape dressed as a serving maid.

A plaque marks the outside of the building, now a private residence known, not surprisingly, as King Charles Cottage. The plaque reads 'King Charles II slept here September 23-24 1651. Erected 4 April 1902'.

Next to the cottage is the former Old George, a former inn dating to the 18th century.

Nothing so dramatic is likely to disturb the peace of Broadwindsor today, and it remains a lovely Dorset village. 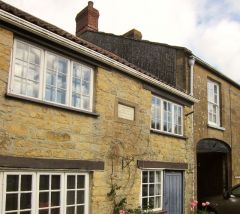 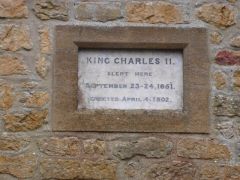 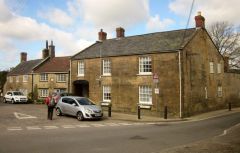 More self catering near Broadwindsor >>

More bed and breakfasts near Broadwindsor >> 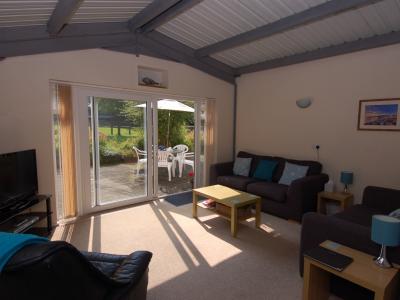 This detached single storey is wheelchair accessible and sleeps up to four people in two bedrooms.
Sleeps 4 This charming semi-detached cottage sits in the centre of Broadwindsor in Dorset, sleeping eight people in four bedrooms.
Sleeps 8