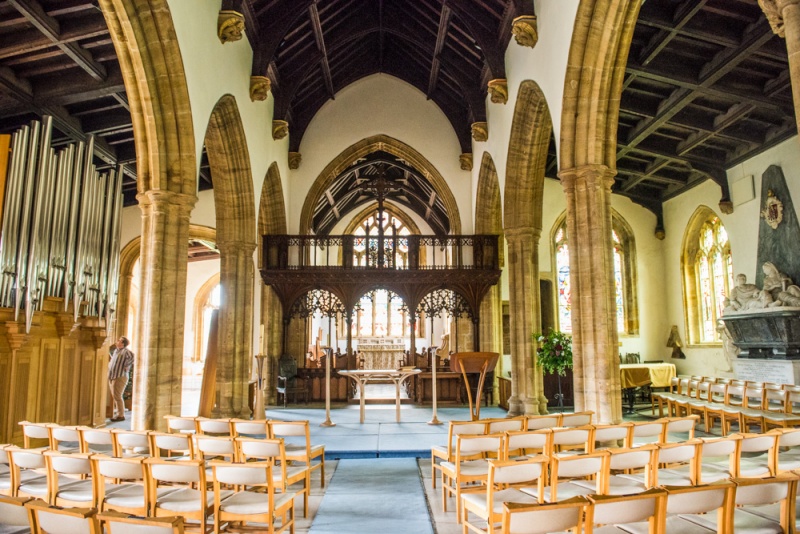 There was a church in Beaminster in Saxon times, though it may have been on a different site. We do know that a Norman church stood here, just off The Square in the centre of Beaminster. That early medieval church was rebuilt several times, most notably around 1500 when the striking west tower was added.

The tower stands 100 feet high and is a wonderful example of Perpendicular Gothic style, with 41 crocketed pinnacles, and canopied niches holding statues of saints and Biblical scenes. A carving on the west face shows a man with fuller’s bat and mill, a reminder that one of the major industries in medieval Beaminster was the making of sack-cloth and rope from locally-grown hemp and flax.

The tower roof corbels are a mix of the symbols of the Evangelists, grotesque beasts, and animals such as an eagle, phoenix, an angel, fox and goose, fox and snake, and a pelican. There are more carved beasts decorating the pinnacles.

The oldest part of the building is the east end of the north aisle, which seems to be the transept of an earlier 13th-century church. The chancel arch is 15th century, as are the south chancel windows. The nave ceiling is 19th century, but the aisle ceilings are 17th-century work. The roof corbels were carved by the same team of masons who created the corbels for the Palace of Westminster in London.

The font is 12th century, made of Purbeck marble, with a square bowl. One face of the bowl is carved with four round-headed panels. The font was removed from the church during the Victorian restoration. It was later discovered gathering dust in a stone mason's yard and brought back into the church.

The north chapel holds an interesting array of memorial brasses, including that of Margerie, wife of John Mason (d. 1591) and another to Ann, wife of Henry Hillary (d. 1653). In the south aisle is a very good memorial to Thomas Strode, Sergeant at Law (d. 1698) showing the deceased in his legal gown and wig.

Nearby is a memorial to George Strode of Parnham (d. 1753), sculpted by Peter Scheemakers. Scheemakers was a Flemish sculptor who settled in London, where his classically influenced sculptures heavily influenced 18th-century architecture and style.

He is best known for his monument to William Shakespeare in Westminster Abbey, and he also carved the memorial to author John Dryden in the same church. The George Strode memorial shows a man and woman lying recumbent on a sarcophagus, flanked by allegorical figures. 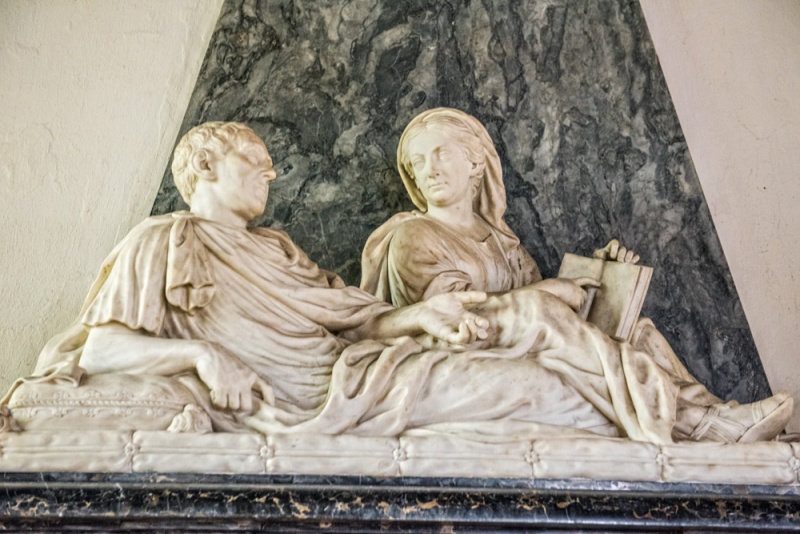 The pulpit is early 17th century and appears to be a cut-down version of a three-decker pulpit. Church records show that it used to have a canopy recording that it was built by Richard Hillary and Lancelot Hallett in 1619.

In the churchyard is a touching memorial to Betty Pavy, who died in a terrible fire that swept Beaminster in 1781.

St Mary's is a lovely example of a late medieval church, full of historic interest. As far as we can determine it is usually open to visitors daylight hours. It was certainly open when we popped in to explore. 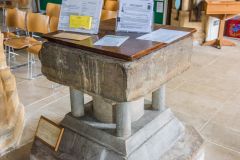 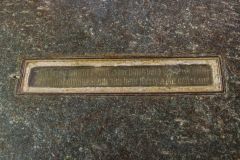 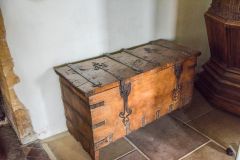 More self catering near Beaminster

More bed and breakfasts near Beaminster

Self Catering near Beaminster