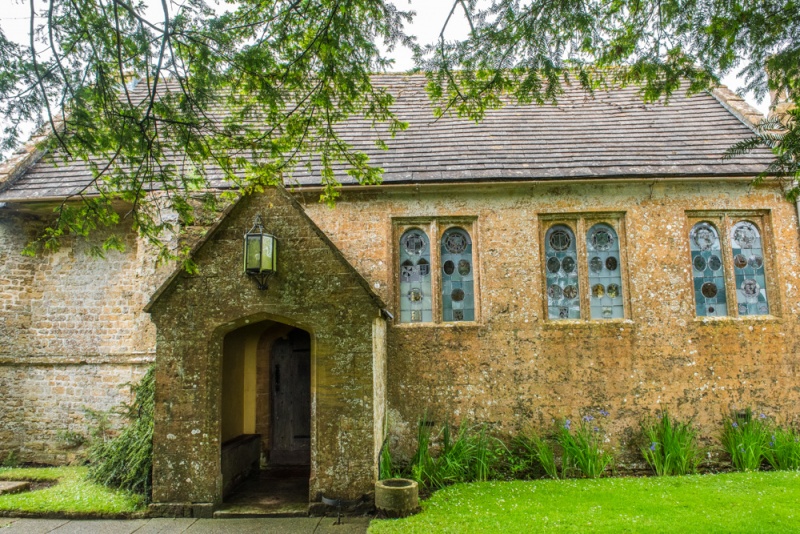 The medieval church of All Saints stands beside the Tudor manor of Mapperton House, in what must be one of the most idyllic and picturesque settings in England. The combination of the house and church, set beside a cluster of ancient estate buildings, is unforgettable. The church combines with the house and outbuildings to create an open courtyard.

The church dates to the 12th century, though the first written record comes from 1291 when it was mentioned as a chapel of Netherbury church. One early patron was Robert Morgan, who built Mapperton House in the mid-16th century. Morgan was allowed to wear a hat in the presence of Henry VIII 'in consideration of diverse infirmities which he hath in his hedde', which makes one rather curious as to what those deformities were.

The medieval building was restored in 1704 by Richard Brodrepp and once again in 1846, using the golden-coloured Ham Hill stone that makes the exterior seem to glow in the sunlight.

The south doorway is medieval, though it was reset in the 1704 restoration. The truncated west tower is 15th century. 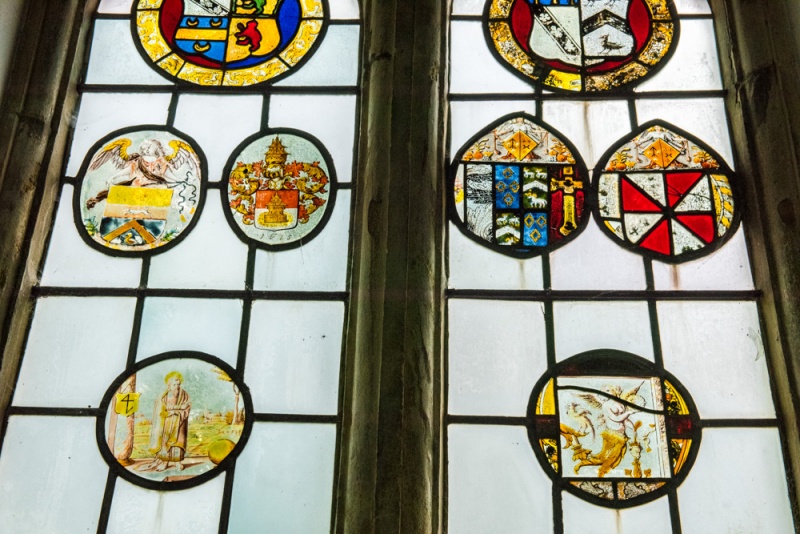 Inside the church, the oldest feature is a cylindrical 12th-century font, set on a modern base. The font has a plain upper section and scallop decoration on the lower section. The choir stalls and finely carved pulpit are Jacobean, and the communion rails were installed in 1704.

One of the most interesting features is a series of 16th and 17th-century roundels of painted glass set into the nave windows. There are large English roundels depicting coats of arms of local families, probably brought here from Mapperton House. Below these are Flemish roundels, bought in London by another Richard Brodrepp in 1768.

Some of these carry coats of arms, but other roundels show Biblical scenes, including the Crucifixion and figures of saints. One of the oldest pieces was made in France around 1509 and depicts the head of a woman. Other roundels show St Agnes with lambs (1525), St Ambrose with a beehive (1525), the Prodigal Son feeding swine (1525), and Prudentia with a mirror (1540).

The church is full of fascinating memorials. The most impressive is to Richard Brodrepp (d. 1737) and his offspring George and Etheldred. The memorial was sculpted by Peter Scheemakers, who created the monument to William Shakespeare in Westminster Abbey. On the altar is an Italian crucifix made in 1700, and over the vestry door is an Italian processional cross dated to the early 18th century. Also on the altar are two majolica drug jars made around 1700.

The lectern is made of wrought-iron, inspired by a GF Bodley design and modelled after a medieval lectern in Paris. 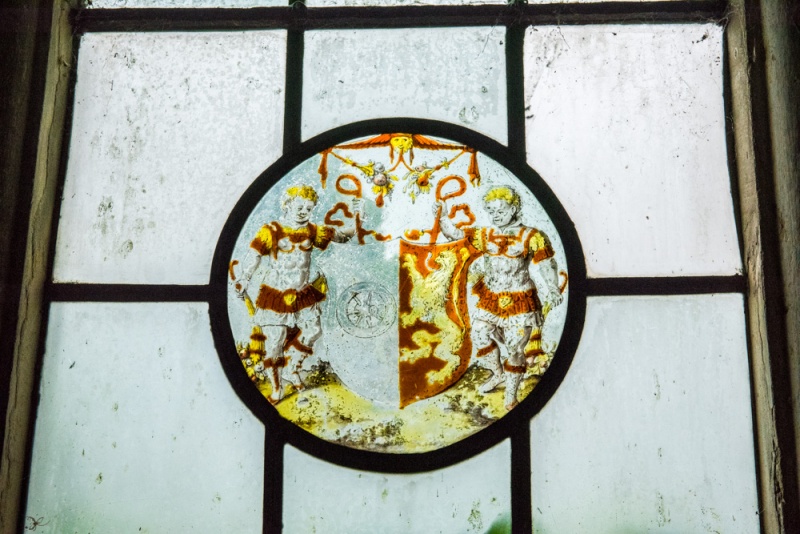 Look for a stucco carving of the Virgin and Child, made in Italy in the 15th century and a Venetian painting of the same subject, also 15th century. There is a richly carved oak chair thought to be 17th century, and an 18th-century mahogany table.

North of the church is the rectory, built from 1699 by the rector, John Powell, also of Ham Hill stone.

All Saints is a delightful church to visit, and its setting beside the manor house is stunning. When we visited the church was locked but I was able to obtain a key from the visitor kiosk for Mapperton House. 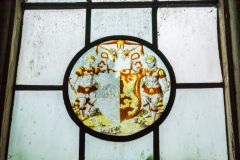 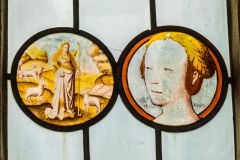 More self catering near Mapperton

More bed and breakfasts near Mapperton