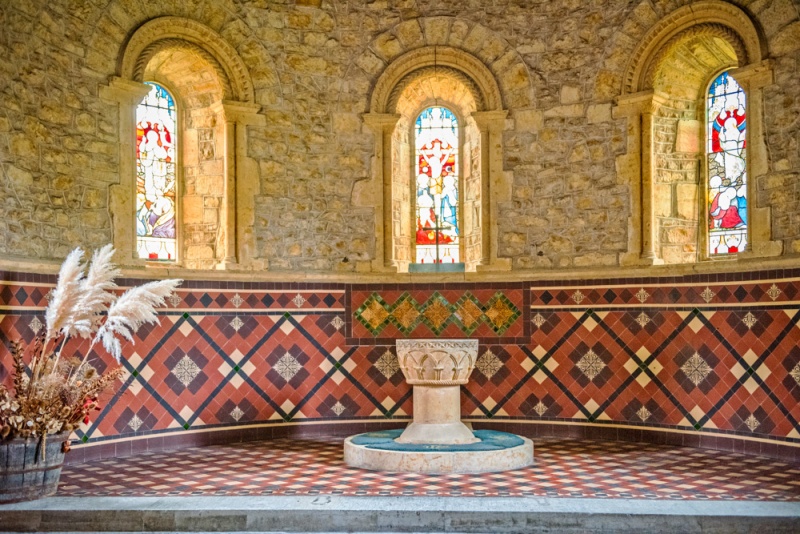 Christ Church is a Neo-Norman church built in 1845 by architect Benjamin Ferrey. Ferrey was hired by James Bandinel of Melplash Court, who served for a time as secretary to William Wilberforce. Bandinel wanted to create the church in memory of his father, who had been vicar of the neighbouring village of Netherbury.

The 14th-century church in Melplash had been in ruins for several years, and Bandinel's generosity made it possible to pull don the old building and create a new church in the fashionable Norman style.

A portion of Netherbury parish was carved out to serve the new parish of Melplash, and the church was consecrated on 20 October 1846. The event provided a stage for a couple of farmers who held a ploughing match to determine whose ploughman was better. Each farmer bet 5 pounds, a very large sum at the time.

After the race, the local farmers and landowners feasted in the Melplash Inn (now the Half Moon) beside the new church, and agreed to form the Melplash Agricultural Society to hold an annual ploughing contest. The contest is still held today and has become so large that it has moved to the show grounds at Bridport and is one of the largest agricultural shows in the south-west. 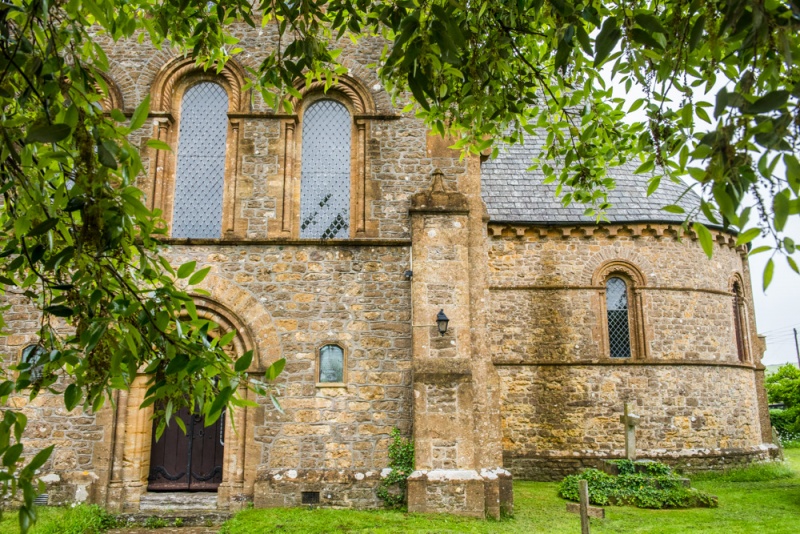 But back to the church; it is built of rubble stone dressed with Ham Hill stone, under a roof of slate and lead. There is a striking central tower, nave, chancel, two transepts, and a very large apse.

The interior is pure Victorian theatre; with high, vaulted ceilings and richly coloured decoration. The nave has now been divided off the from the chancel to be used as a recreation area for the local community. At first glance this is startling, but it is so good to see churches being used by the local residents rather than being left empty.

On the south wall of the transept are several 19th-century brasses and a notice board erected when the church was opened stating that all seating should be free. This is a reminder that many churches made parishioners pay for seating, with more comfortable and better-placed seats reserved for those who could pay more. Another brass has quotes from Chronicles.

As an aside, history buffs will be interested to know that Sir Thomas More was born at Melplash Court, now a farmhouse.

I was fortunate enough to stay in a holiday cottage almost directly across the road from the church for a week at the height of summer. The combination of the picturesque Half Moon Inn and the Neo-Norman church made an unforgettable sight. I took an evening walk one day and to my delight found the church open. Though the interior is not heavily furnished, the 19th-century architecture is stunning, and the apse, in particular, is a wonderful example of Victorian style. 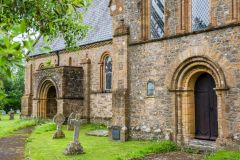 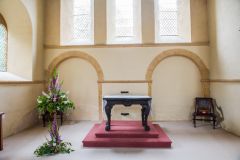 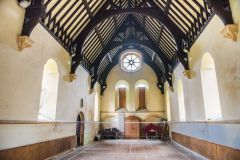 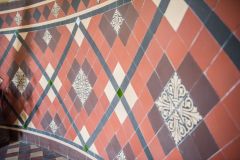 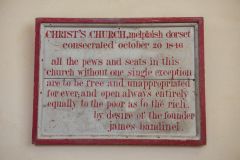 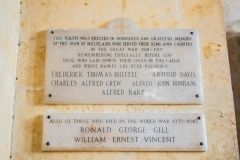 More self catering near Melplash

More bed and breakfasts near Melplash

Self Catering near Melplash