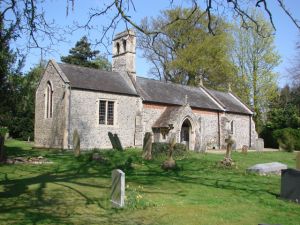 A village situated on the north bank of the River Yare, in the Norfolk Broads, Brundell is a popular boating destination. The Romans may have used Brundall as a centre for boat building, and the same activity is carried on today. Indeed, it is thought that the village was named by the Romans for Brindisi, in Italy.

The parish church of St Laurence dates to the 13th century and features a 13th-century lead covered font - the only one in Norfolk. There are thought to be only about 26 lead fonts in England, so Brundall's font is really quite rare. The exterior surface is covered with images depicting the Crucifixion, an unusual subject for fonts, if not unique.

The church originally had a thatched roof, and you can still see traces of the roofline on the east face of the bell turret. In the north aisle is a small, round window containing fragments of 17th-century Flemish glass.

The clock dates to the 18th century and was brought to the church from a local pub. In the churchyard is the grave of Esther Read, a keen gardener who gave her name to the Chrysanthemum of the same name (Leucanthemum x superbum 'Esther Read').

There are several marinas and boat hire companies in and around Brundall, making it a very popular centre for exploring the waterways of the Norfolk Broads. On the edge of the village is Brundall Church Fen a local nature reserve. 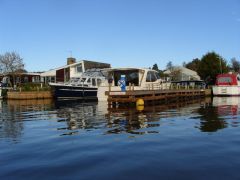 More self catering near Brundall >>

More bed and breakfasts near Brundall >>