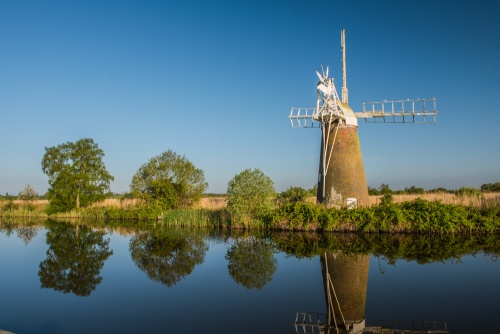 Norfolk is less populated now than it was in the Middle Ages. That startling fact says much about the appeal of this peaceful area for modern visitors. For the most part, the county is uncrowded, and boasts an attractive mix of unspoilt and peaceful countryside and coast.

Chief among the coastal attractions is the Norfolk Broads, a web of inland waterways that are now a popular boating centre and bird habitat. The Broads are blessed with several wildlife reserves, including an unusual floating conservation centre at Ranworth. The Norfolk Coast Path provides some excellent walking opportunities as it runs through the Broads and follows the coast north to Hunstanton, where it joins the historic Peddar's Way. 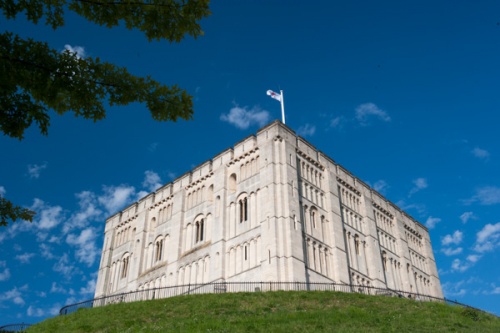 Cley Marshes near Cromer is one of the premier bird-watching sites in the UK, with over 300 species on record. In fact, the entire North Norfolk Coast has been recognized as a Heritage Coast and an Area of Outstanding Natural Beauty, a testament to the unique natural beauty of the area.

All is not peace and quiet along the Norfolk coast, however! Great Yarmouth is one of the most popular seaside resorts in England, and the sandy beach jostles for attention with some excellent Elizabethan houses, while further along the coast is King's Lynn, once an important port in the Middle Ages but now more well-known for its delightful period buildings, including the much-photographed Customs House (1683). Among many other notable buildings is St. George's Guildhall, the largest surviving 15th-century guildhall in the country and the site of the annual King's Lynn Festival.

Norfolk has its royal attractions, too; Sandringham is the monarch's country home, but the house and rooms used by the royal family are open to the public when the reigning monarch is not in residence. A museum in the royal stables house official motor cars, and 60 acres of informal woodland gardens surround the house.

The county town of Norwich was once one of the wealthiest and largest in England. The town's wealth was built on the wool trade, and prosperous wool merchants were responsible for building over 30 parish churches and some of the finest medieval town houses in England.

William the Conqueror built a castle at Norwich in 1067, using the townsfolk as forced labour, and the present stone castle was built on the same mound some 60 years later. It is now a museum housing local art, silver, glass, and porcelain, as well as archaeological remains and armour. 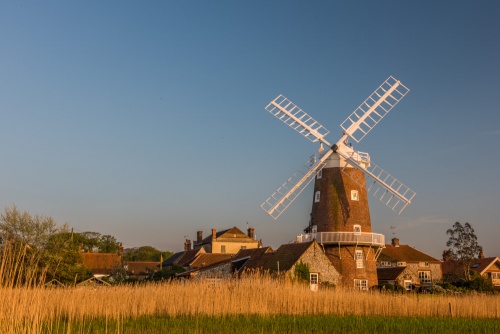 Norwich Cathedral was begun in 1075, and remains a superb example of Norman architecture. The bishop's throne behind the high altar is the oldest in England, and it contains fragments of the 8th century Saxon cathedral of North Elmham.

Near Norwich is Blickling Hall, a superb Jacobean house surrounded by a dry moat, a remnant of an earlier Tudor house. The house was designed by Robert Lyminge, who also worked on Hatfield House. A long gallery, and many rare books complete the picture indoors, while the parkland gardens at Blickling are resplendent with bluebells in the spring.

Grimes Graves Neolithic flint mines near Lynford is one of the most important prehistoric sites in Britain. Over 300 pits and shafts make up the site, and visitors can descend into a major shaft and peer along the hand-hewn radiating galleries.