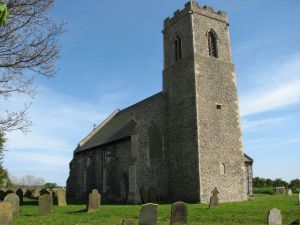 An attractive village on the North Norfolk Coast, Sea Palling was formerly known simply as 'Palling', but was renamed to attract the interest of Victorian holidaymakers keen on a seaside holiday! The village is well situated to explore the coastline and is only a few miles away from the Norfolk Broads.

The village was mentioned in the Domesday Book of 1086 when it was recorded as having just 9 villagers.

Throughout its history Palling has been inextricably linked to the sea. The ravages of coastal storms have caused nearby villages to be completely destroyed and swept away by the waves, and the system of sand dunes erected as a defence against the sea has been breached regularly, with devastating effects. But at the same time as the sea brought destruction to the north Norfolk coast, it also brought bounty, and Sea Palling became a busy centre for smuggling in the 18th century.

The inhabitants also relied on scavenging wrecked vessels to supplement their incomes. The greatest bounty came in 1768 when the Lady Agatha went aground nearby. The ship had a cargo valued at GBP 50,000, an enormous sum for the time. Not a penny was retrieved by the owners, so we can safely assume that the villagers ate well for many a year!

To counter the smugglers a Coastguard station was established in the village in 1822. Local fishermen reacted by organising into salvage companies, demanding large fees for salvaging vessels at sea. The work paid well but was highly dangerous, and several crews were lost.

By far the most historic attraction in Sea Palling is the parish church of St Margarets, or to be more precise, St Margaret of Antioch. The church dates to the 13th century, with a 14th-century nave and chancel. The octagonal font is 14th century, and there are 15th-century poppyhead bench ends. The most interesting feature, given the village's links to the capricious sea, is a series of mission boards for the Sea Palling lifeboat. 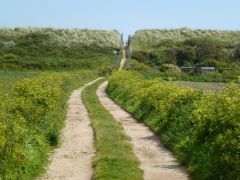 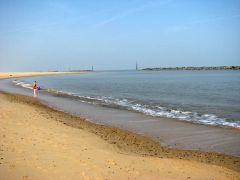 More self catering near Sea Palling >>