HERITAGE HIGHLIGHTS:   The only independently owned lighthouse in Britain 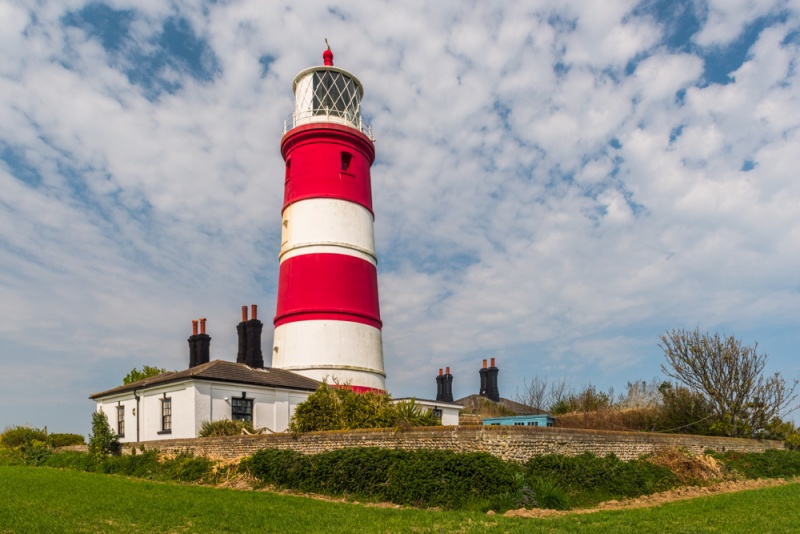 In 1789 severe winter storms along the Norfolk coast resulted in the loss of 70 ships and over 600 lives. A public inquiry determined that the great loss of lives could have been avoided if there were more warning lights between Winterton in the south-east and Cromer in the north-west.

As a result of the enquiry Trinity House, the body responsible for building and maintaining lighthouses in Britain, built two lights on the cliffs at Happisburgh.

Both Low and High Lights came into operation on New Years Day 1791. Light was provided by candles mounted in the lantern atop the tower. Mariners would navigate around the southern end of Happisburgh Sands by keeping both lights in line.

In 1801 the candles were replaced with oil lamps set in front of polished reflectors. The oil lamps were still in use in 1863 when the present lantern was installed atop the High Light. This new design is based on diagonal frames which allow ships to see the light from any angle. 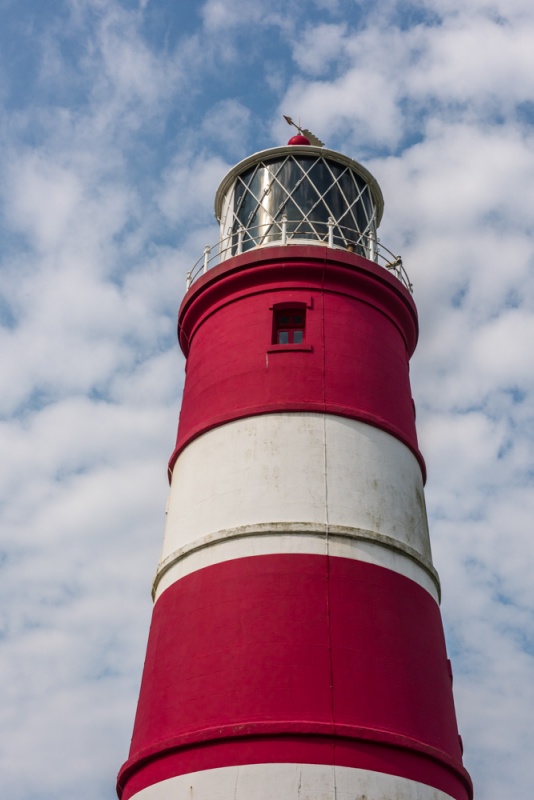 The oil lamps were finally replaced just two years later in 1863 when canal gas was used to provide light. The gas was made on-site from coal and stored in two large containers at the base of the tower.

In 1868 a glass prism optic was installed, allowing the High Light to reach a range of 17 miles. The Low Light was slightly less powerful, reaching 15 miles out to sea.

In 1883 the Low Light was demolished due to coastal erosion making it unsafe. The High Light was then converted from a steady light to an occulting one, shining for 25 seconds then going dark for 5 seconds. Since the High Light looked too similar to the light at Winterton without the accompanying Low Light, the tower was painted in distinctive red and white bands to make it easily visible.

In 1910 paraffin-vapour burners were installed in place of the gaslighting. Then in 1929 the lighthouse keepers were dismissed as unnecessary when acetylene was installed. The Keepers' cottages were sold and are now private dwellings. One was recently sold at an asking price of GBP 345,000.

Electricity was not installed until 1947, when a 500-watt lamp was added. This increased the range slightly, to 18 miles. Curiously, the standby light continued to be operated on acetylene. The light characteristic was altered to 3 white flashes every 30 seconds.

Happisburgh lighthouse was threatened with closure in 1988. A local charity group was formed to save the historic lighthouse. By law, the lighthouse could only be sold to an established lighthouse authority, so the Friends of Happisburgh Lighthouse had to lobby Parliament for a Private Bill allowing Trinity House to sell the lighthouse.

The bill was passed in 1990, making The Happisburgh Lighthouse Trust a Local Light Authority, and making the lighthouse the only one in Britain to be independently owned. 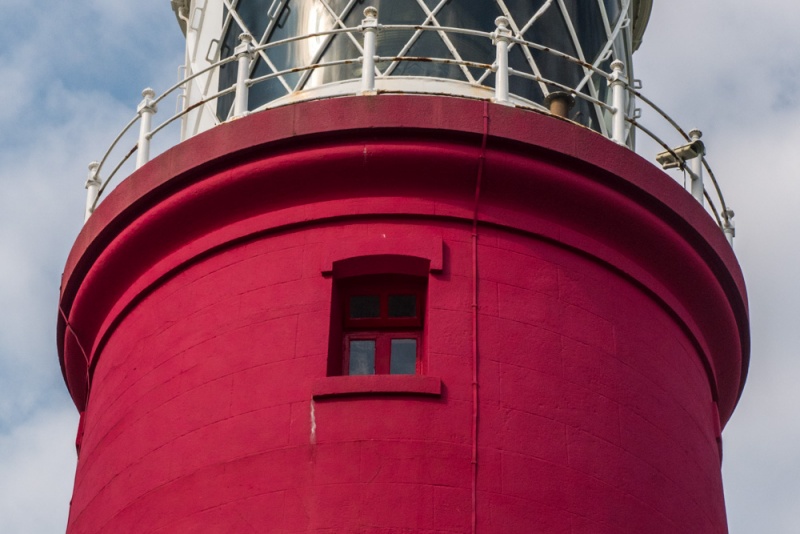 The lighthouse is 26m high, and stands 41m above the mean high water spring tide level. The lamp is 500 watts and reaches 18 miles, with an intensity of 58,500 candelas. There are 96 steps within the lighthouse tower to a service room below the light. A few more stairs lead up from the service area to the lamp room.

There is a 250-watt backup lamp that can be moved into place should the main lamp fail. In case of a power cut, there is a battery-powered backup that can hold power for up to 11 days. The prisms in the lamp room are the original 1860s ones.

The lighthouse is open to the public on specific Sundays and Bank Holidays between Easter and September. Groups can arrange visits outside normal open days. There is a small charge, and children under 1m high will not be allowed to climb the lighthouse stairs for safety reasons. The lighthouse is extremely well signposted from nearby roads. The easiest access is from the public pay and display parking area off Beach Road.

More self catering near Happisburgh Lighthouse

Self Catering near Happisburgh