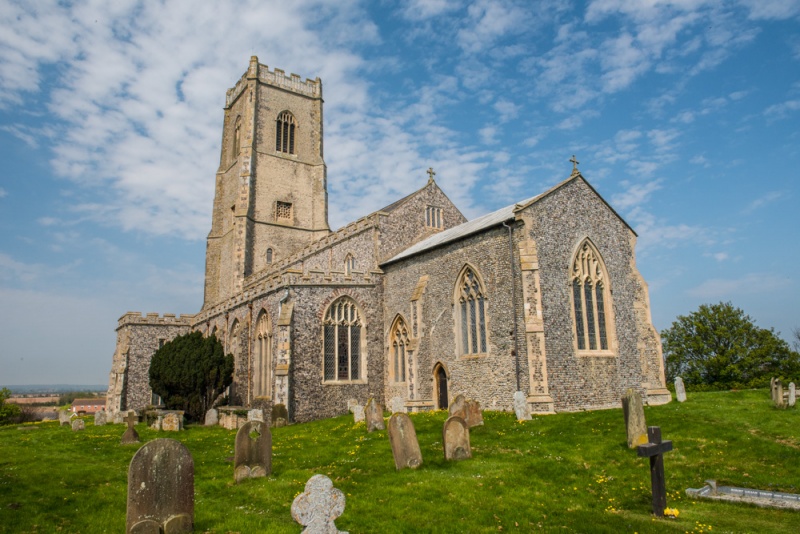 The Norfolk village of Happisburgh (pronounced Haisbro) is famous for its 18th century red and white striped lighthouse, but the most historic building in this pretty coastal village is the superb medieval church of St Mary.

There was a church recorded here at the time of the Domesday Book in 1086. In 1101 William D'Albini gave the church and the lordship of the manor to the Priory of Wymondham (later Wymondham Abbey), which he had just founded. After the Abbey was dissolved by Henry VIII in 1539 the church passed to the Bishop of Norwich.

The Norman church was completely rebuilt in the 14th century, and only some reused stones in the base of the tower survive. Fourteenth-century features include a pair of traceried windows in the chancel and a piscina set into the chancel wall.

The 14th-century building was itself rebuilt in the 15th century. Only the chancel was spared, and even then it was extended and heightened. The late medieval nave is a wonderful example of Perpendicular Gothic architecture, with a large clerestory to admit more light. The large south porch is also 15th century. 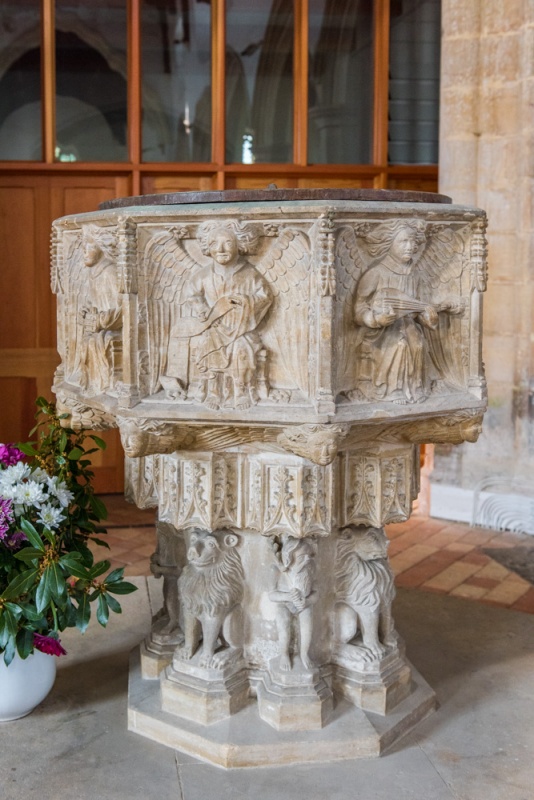 The highlight of the 15th-century rebuilding is the striking west tower, panelled in flint flushwork and rising 110 feet to a parapet. The tower is braced by diagonal buttresses which rise all the way to the parapet. The great west door is decorated with coats of arms set into the spandrels. The tower is one of the glories of medieval architecture in Norfolk.

Aside from the tower, the main historic interest at Happisburgh is the stunning 15th-century octagonal font. The font panels depict angels holding musical instruments alternating with symbols of the Evangelists; an eagle for St John, a lion for St Mark, an ox for St Luke, and a man for St Matthew.

The base of the font stem is carved with figures of lions alternating with woodwoses, wild men of the woods, bearing clubs. Above these figures are finely carved canopies, above which are projecting heads. It is a magnificent example of 15th-century craftsmanship and one of the finest medieval fonts in Norfolk, a county that seems to specialise in marvellous fonts.

There is 15th-century woodwork in the choir stalls, and the restored rood screen probably dates to around 1520. It is carved in the same style as the screen at neighbouring Hempstead, and probably created by the same craftsmen. Unfortunately, the painted figures on the screen base have been badly damaged.

In 1940 bombs struck near the church, blowing out all the windows on the south face. You can still see pieces of shrapnel embedded in the pillars of the south arcade.

In the churchyard is a touching memorial to the crew of the HMS Peggy, which ran aground here on 19 December 1770. Thirty-two crew members were buried at Happisburgh. On the north side of the churchyard is a large mound marking the mass grave of 119 crew members of the HMS Invincible, which came to grief on Haisbro Sands in 1801. These are just two reminders of many tragic incidents to befall mariners along the Norfolk coast near Happisburgh over the centuries. 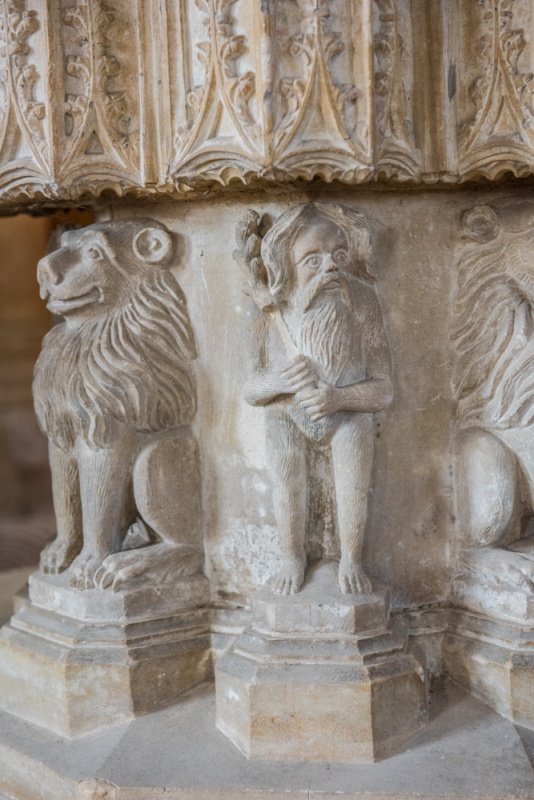 A woodwose and lions on the font base

Also buried in the churchyard is Jonathan Balls, who was buried in 1846 with a Bible, a poker, a pair of tongs, and a plum cake. No one seems quite certain why Ball requested to be buried with this odd assortment of objects, but what is certain is that Ball was a poisoner, who unwittingly drank a potion intended for one of his victims. When his body and those of his victims were exhumed, their corpses were found to contain arsenic. Ball was reburied with his odd collection of grave goods.

A more famous name linked to Happisburgh church is the poet William Cowper, who often stayed in the area. Cowper's most famous lines were said to have been inspired by watching a thunderstorm form over the sea offshore of Happisburgh:

God moves in a mysterious way
His wonders to perform;
The plants His footsteps in the sea,
And rides upon the storm.

Artist JMW Turner sketched the church in 1824 and the sketch is now held at the Tate Gallery in London. 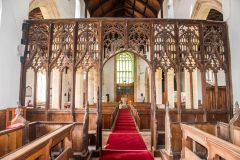 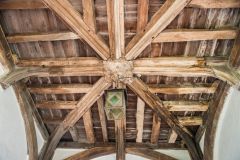 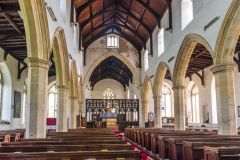 More self catering near Happisburgh

More bed and breakfasts near Happisburgh

Self Catering near Happisburgh