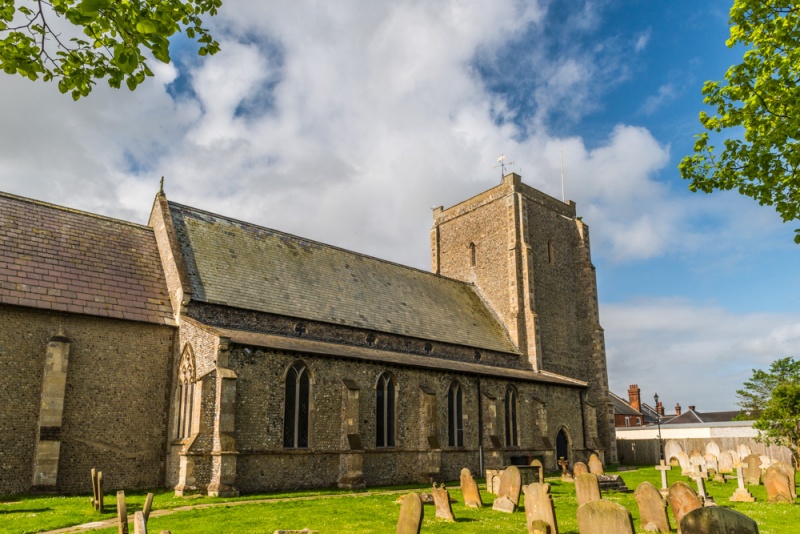 St Mary's is a pretty church, albeit rather oddly proportioned, dating to the 14th century, replacing a much earlier building dating to at least the 12th century. The early date of the church foundation is backed up by the list of rectors, which begins with Jocelin de Stalham in 1162.

The odd, squat shape of the tower is the result of a medieval accident when the belfry collapsed and was never replaced. Another peculiar exterior feature is a tiny clerestory, with light admitted through very small quatrefoil windows.

Take a moment before entering the church to wander around behind the west tower. At the end of the north aisle you can see a very peculiar carving of a triple head, just under a figure of a bear. Just inside the south door is an unusual holy water stoup on a pedestal. 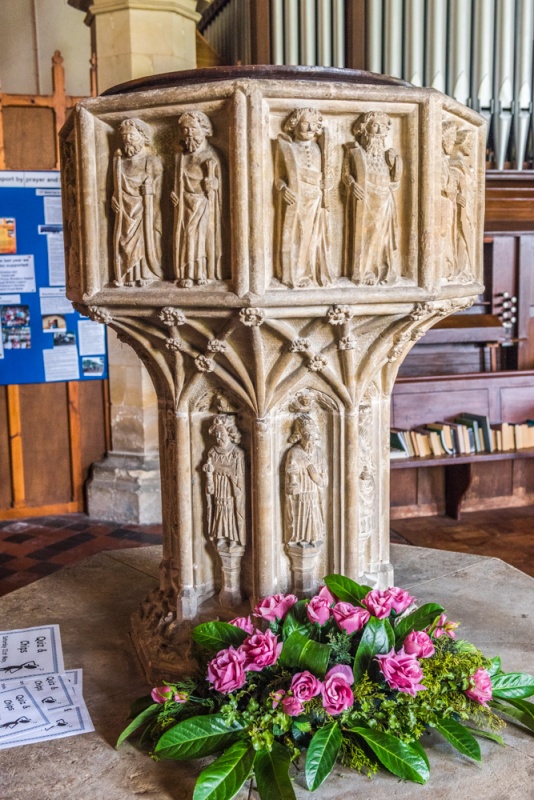 The most striking historical feature is the octagonal 15th-century font, set upon a base of three carved and decorated steps. The font bowl is carved with likenesses of the apostles, along with symbols of the Holy Trinity and the Baptism of Christ. The ornate stem is carved with eight figures of Christian kings.

The condition of the font is remarkable, given how many other Norfolk fonts were damaged by iconoclasts during the Reformation and, especially, in the Puritan era leading up to the Civil War. There is a good reason for its condition; the parishioners must have feared the worst, and buried the font under the church floor. There it lay undisturbed until it was discovered again in 1964.

The Lady Chapel boasts a colourful east window with glass depicting the words of The Magnificat.

On either side of the chancel arch are hagioscopes, or squints, allowing people seated in the isles a view of the high altar during services.

The chancel was rebuilt in 1822, with the stained glass of the large east window installed in 1866. On the south wall are five panels from the medieval rood screen, painted with figures of St Andrew, St Edward, St Thomas of Canterbury, St Edmund, and St Roche.

Each saint is depicted with his symbol. Look for the plague spot on the thigh of St Roche, who is often portrayed displaying a bulbo (plague boil) as a sign that he welcomed the chance to emulate the sufferings of Christ. 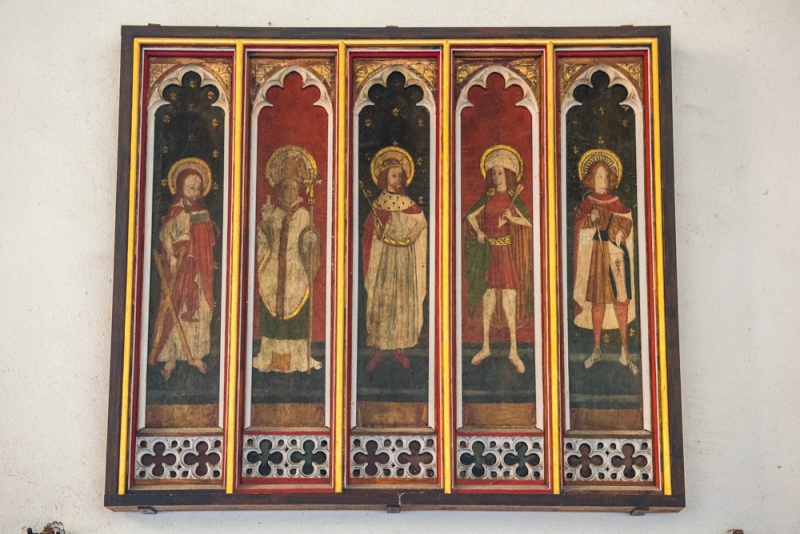 In the sanctuary is the tomb of Katherine, wife of John Riches, and later of Rev. William Smyth, who died in 1718. Another historic monument that is very easy to miss is a small brass inscription set into the chancel step, commemorating Willus (William) Riches, who died in 1624. Set into the floor is an ornate grave slab to another member of the Riche family, John Riche, who died in 1688. Set against a pillar is a peculiar little coat of arms and a small black roundel in memory of Samuel Puckle of Norwich, who died in 1661.

I mentioned the oddly proportioned tower earlier. The tower originally had a ring of bells, but according to legend these were sold to Dutch merchants. The ship carrying the bells back to Holland was lost at sea in a storm, and even today a distant tolling of the Stalham bells is the harbinger of a storm.

On the edge of the churchyard is a combination fire engine house and town lockup, where miscreants were held. The fire engine house is now a popular museum of local heritage, with exhibits on the history of the town's fire brigade.

St Mary's is a delightful church to visit. I found it open when I arrived on a sunny afternoon in May. 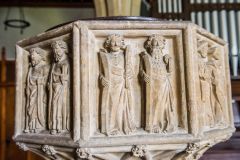 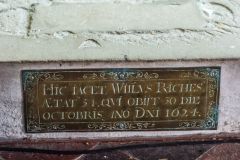 Self Catering near Stalham