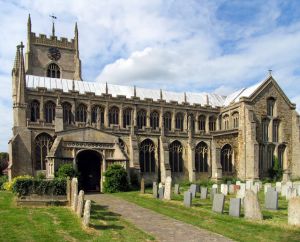 The first written record of Terrington St Clement dates to 970 AD when a local nobleman named Godric granted estates here to the monks of Ramsey Abbey. At that time the manor was called Turrintonea, and by the Domesday Book of 1086 it had morphed to become Tilinghetuna. The original meaning probably comes from a combination of the Saxon 'tun' or homestead, and Tira, a person's name.

The superb 14th-century church, dedicated to St Clement, is known as the Cathedral of the Marshland. It was erected by Edmund Gonville, founder of Gonville and Caius College, Cambridge. The most interesting historic feature is an early 17th-century font cover, painted with Biblical scenes. There is a Georgian nave screen and wonderful 15th-century grotesque carvings around the exterior.

There are 2 pubs, The Wildfowler and The King William.

Nearby is Lovell's Hall, a Grade II listed manor, now in use as a care home. 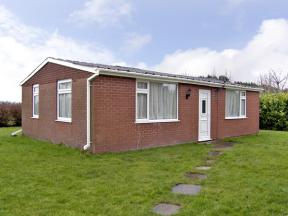 Sleeping four people in two bedrooms, this is a single storey cottage in a Norfolk village which offers easy access to Lincolnshire and Cambridgeshire as well.
Sleeps 4