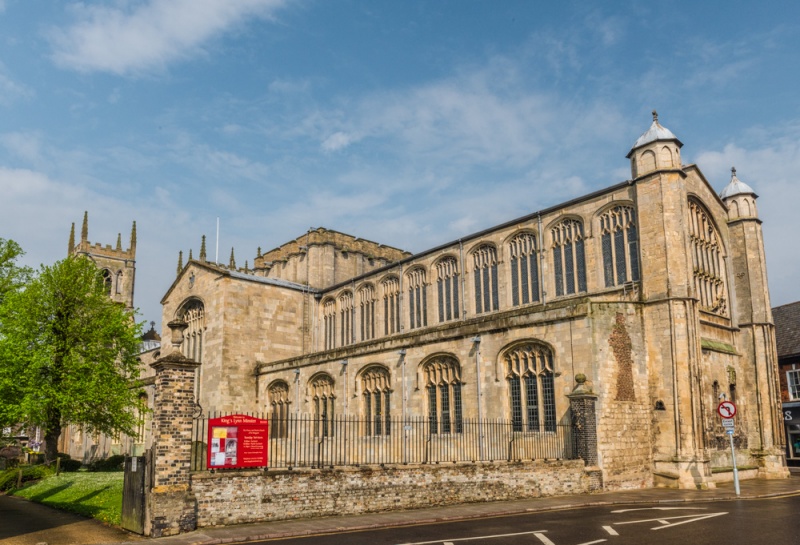 King's Lynn Minster (more properly St Margaret's Church) is one of the largest town churches in England. It was founded in 1101 by Herbert de Losinga, the first Bishop of Norwich, and stands in the historic Saturday Market Place in the heart of King's Lynn. The church was dedicated to St Margaret, and throughout its 1000 year history has been known simply as St Margaret's church. It was rededicated in 2011 as King's Lynn Minster.

In 1101 the powerful Bishop of Norwich, Herbert de Losinga, began to build a new church at King's Lynn. Attached to the church was a priory, administered by four monks from Norwich. You can still see remains of the 12th-century priory in the ancient cottages surrounding the churchyard notably on Priory Lane to the south.

The only remaining Norman features are arches supporting the west towers and the base of the south tower.

The entire Norman church was rebuilt in the 13th century. Again there are few traces of the 13th-century church, though the stunning chancel arcades survive. The rest was swept away in yet another rebuilding in the 15th century, when the wealthy merchants of King's Lynn enlarged and embellished the church. Among the 15th-century features is the unusual rounded east window. 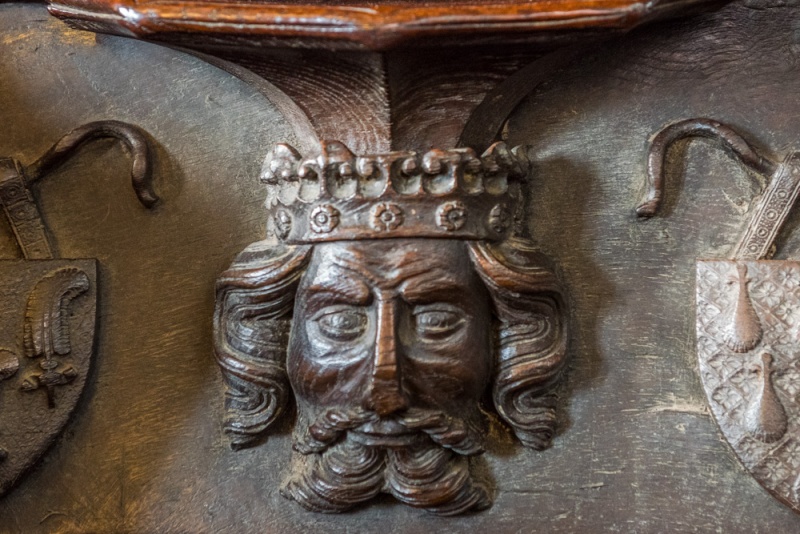 14th century misericord in the choir

A terrible storm in 1741 caused the spire of the south-west tower to collapse, and the nave and aisles had to be rebuilt. Most of the Georgian furnishings were removed in the Victorian period under the direction of the famous church architect Sir George Gilbert Scott. The only Georgian features to remain are the richly carved pulpit and sounding board. The final Victorian touch was a massive, gilded reredos designed by GF Bodley and installed in 1899.

Historic treasures of the Minster church include two huge memorial brasses in the south aisle. These are the two largest brasses in England, but they were probably made in Germany or the Low Countries. The oldest is a brass to Adam de Walsoken (d. 1349) and his wife Margaret. Walsoken owned several large properties in King's Lynn What really makes his brass memorable is a countryside scene below the couple's feet, with a very clear image of a 14th century post mill.

The other 14th century brass is to Robert Braunche (d. 1364), a wealthy merchant. He is depicted with his first and second wives Letitia and Margaret. Below the feet of the three figures is a peculiar scene known as The Peacock Feast. Historians seem unsure of what this scene represents. One theory is that is shows a feast given by Braunche to Edward III during his tenure as mayor of King's Lynn. Another theory is that it depicts a scene from a medieval legend. 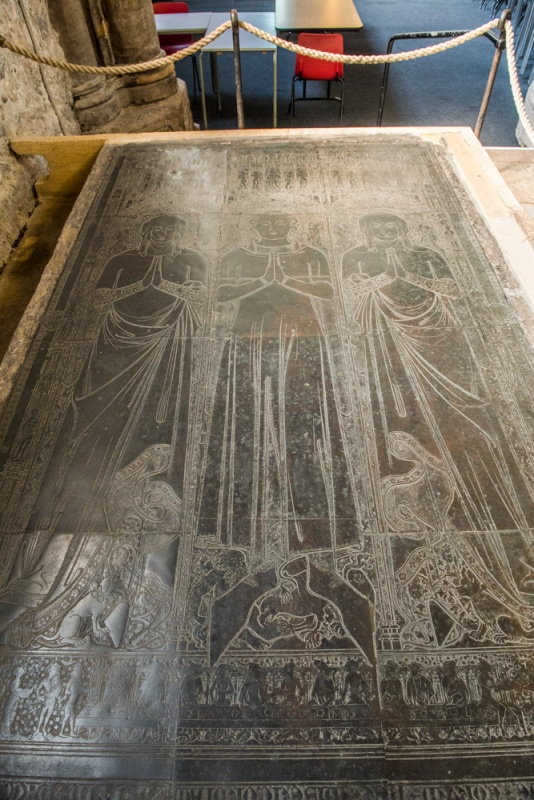 Another historic highlight is the collection of 14th-century chancel stalls. Records show that the stalls were made between 1375-1376. The stalls are decorated with carved heads, including Edward, the Black Prince, and Henry Despenser, Bishop of Norwich. The stall seats retain some wonderfully carved misericords, or 'mercy seats' to support clergy while standing during long services. In the organ loft is a Tudor screen.

Among the most interesting memorials is a wall monument to Sir William Hoste, a naval officer who served with Admiral Nelson at the Battle of the Nile.

The Minster is inextricably linked to the tale of Margery Kempe, a native of King's Lynn, who was born here around 1373. Kempe was born to one of King's Lynn's leading families and worshipped at St Margaret's church. She married, and was mother to 14 children, but experienced a call from God to live a life of prayer and contemplation.

That in itself would cause no great concern, but Margaret Kempe's vision went beyond the ordinary. She felt that 'the Gospel gives me leave to speak of God'. This she did, at first through rather alarming displays of public wailing, sobbing, and contortions that alarmed her fellow townsfolk, who thought her mad.

She travelled widely on pilgrimages and preached wherever she went. Though she would have considered herself faithful to the Church, and was even encouraged by many senior church officials, her fellow townsfolk thought her revolutionary and dangerous. She was considered a Lollard, a successor to the former vicar of St Margaret's, William Sawtre, who was the first Lollard martyr, burned to death in London for his heretical views.

Margery Kempe dictated a book of her spiritual journey, a combination of travel memoir and religious experiences. Unlike her contemporary, Julian of Norwich, Kempe lives her spiritual journey 'in the world'. She was not in holy orders, she was a laywoman, leading a 'life of devotion, prayer, and tears in public', and her writing mixes descriptions of daily tasks like doing the washing with tales of her pilgrimages.

King's Lynn Minster is open daily to visitors and is well worth a visit. 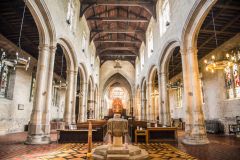 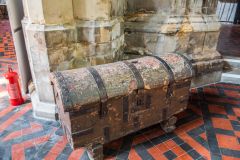 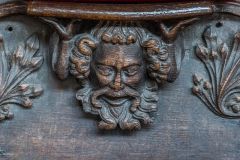 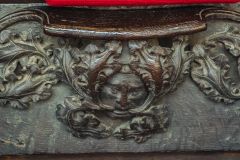 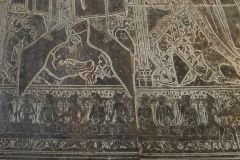 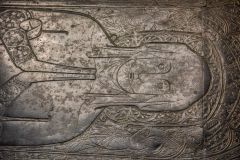 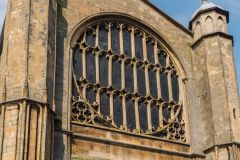