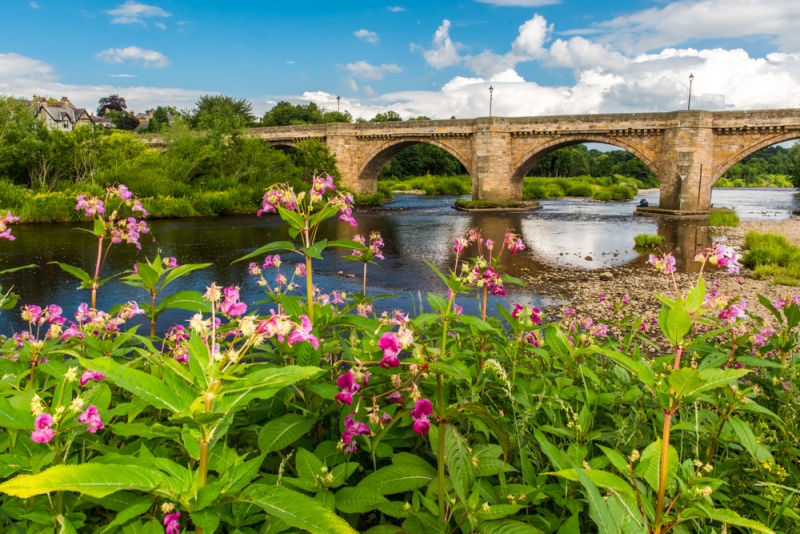 The 1674 bridge across the Tyne at Corbridge

A historic town close to Hadrian's Wall, Corbridge began as Corstopitum, built by the Romans to supply troops manning the Wall. Stones from the Roman town have been used in many local buildings, including the Vicar's Pele, a fortified tower house beside the church.

The site of the Roman settlement has been excavated and can be viewed just north of the modern town. The Roman town survived into the 5th century, and surviving features include shops, townhouses, and military barracks. The Corbridge Roman Town museum, operated by English Heritage, includes items from The Corbridge Hoard, a wonderfully preserved set of Roman artefacts found in a wooden chest bound with leather and iron bands. The chest helped keep the objects in almost pristine condition over the course of almost 2000 years Among the Hoard objects are weapons, writing tablets, armour, and a fully-equipped Roman workshop.

In the medieval period, Corbridge was second only to Newcastle upon Tyne in size and importance. That wealth drew the attention of Edward I, who levied heavy taxes on the citizens of Corbridge to help finance his Scottish wars.

The first bridge across the River Tyne at Corbridge was erected in the 13th century. By the end of the medieval period, the bridge was in very poor condition and was finally replaced by the beautiful stone bridge we see today in 1674. The bridge was the only one on the River Tyne to survive the devastating floods of 1771.

The parish church of St Andrew is of Saxon origin, with an 8th-century tower. Within the nave is a complete Roman arch, doubtless scavenged from the old Roman settlement. Just outside the churchyard wall, to the west of the Saxon tower, is The King's Oven, all that remains of a communal oven for baking the townsfolk's meat and bread. The oven was first recorded in 1310 and remained in use until the 19th century.

On the other side of the churchyard, tucked into the shadow of the pele tower, is the Old Market Cross, which stands atop a Roman altar salvaged from Corstopitum. The cross stood in the marketplace opposite the church throughout the medieval period. It was removed in 1807, restored and re-erected in its present location in 1975. 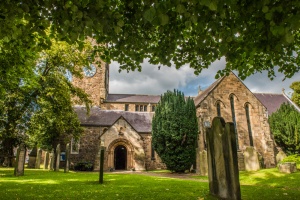 Another medieval building, Low Hall, dates from the 13th century, and is now a private dwelling. Low Hall dates in part to the 13th century. You can still see the doorway to the original hall house below the southwest corner of the tower, and set under the west gable is a 13th-century lancet window. The hall house was heightened to form a tower in the 16th century, at a time when raids from Scotland were a constant threat.

Almost opposite Low Hall is Monks Holme, an attractive Jacobean house, remodelled in the late 19th century. Monks Holme was once the New Inn but is now a private residence. Around the corner on Spoutwell Lane is Spout well, a picturesque spring tumbling into a rough stone trough. The spring served as the town's main water source during the medieval period. As early as the 13th-century lead pipes were installed, bringing water from the spring to the market place.

In the early 19th century a series of 'pants' or town water supplies were installed, also fed by the spring on Spoutwell Lane. One of the finest pants is Main Street Pant, erected by public subscription in 1818. The water supply was only disconnected in 1973.

There are several attractive older inns, including the Angel Inn on Main Street, which was built in 1726. Another 18th-century inn is the Golden Lion on Hill Street, built as a coaching inn. The Golden Lion stands opposite the striking town hall, built in 1887 to celebrate Queen Victoria's Golden Jubilee.

Our family had a wonderful time exploring Corbridge. There are a wealth of picturesque historic buildings to explore, and the church and pele tower make a perfect combination, facing onto the wide market place. Do take time to walk down to the river and enjoy the 17th-century bridge. 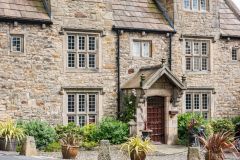 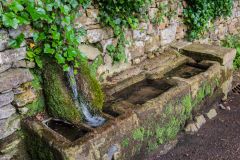 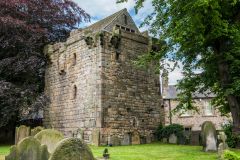 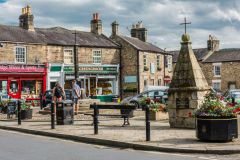 More self catering near Corbridge >>

More bed and breakfasts near Corbridge >> 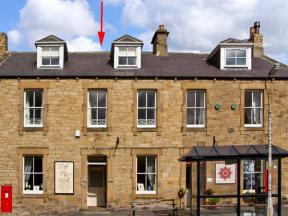 Sleeping six people in three bedrooms, this holiday property is set over the first and second floors of an old telephone exchange, in Corbridge.
Sleeps 6 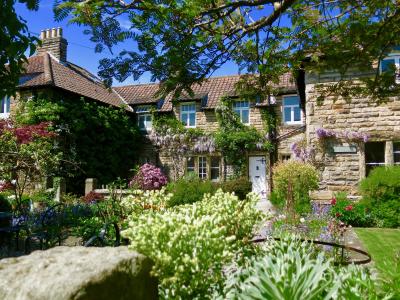 This stone built cottage is located in the village of Corbridge, near Hexham, and can sleep four people in two bedrooms.
Sleeps 4