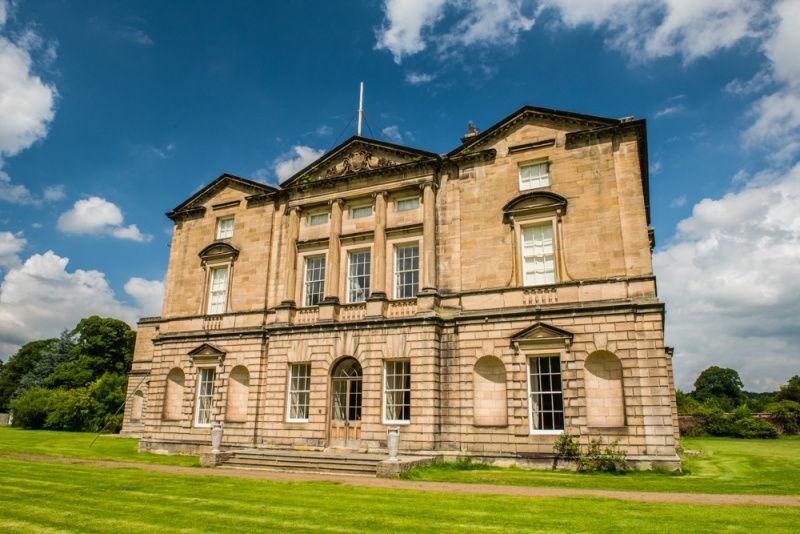 Bywell Hall is an elegant Georgian mansion built in 1760 by architect James Paine for William Fenwick. The Hall stands in an idyllic location on the north bank of the River Tyne. It is surrounded by extensive parkland and contains an important collection of fine art and furniture.

The history of Bywell stretches back to at least the 9th century, when the now sparsely populated village was an important regional centre. The powerful Neville family owned both the manor of Bywell and nearby Bywell Castle as early as the 14th century.

However, in 1569 Charles Neville joined the abortive Rising of the North, an attempt by Catholic nobles in the north of England to depose Elizabeth I and return the country to Catholic worship. When the revolt failed the crown seized Neville's estates, including Bywell. In 1571 the Crown sold Bywell to the Fenwick family.

The Fenwick family must had a sizeable house on or close to the site of the Hall before William Fenwick built his new family home. The fact that he was able to hire James Paine, one of the foremost country house architects of the day, says a lot about the Fenwick's status and wealth. The stable block behind the house has traces of 17th-century stonework, suggesting that it incorporates remains of the earlier house.

William Fenwick's son and heir, also named William, bequeathed the Hall and estates on both sides of the River Tyne to his wife when he died in 1802. She remarried, to Rev. Septimus Hodson, who sold the entire estate to Thomas Wentworth Beaumont in 1820 for the princely sum of £145,000. Beaumont needed a new family home, for his house at Hexham Abbey had been badly damaged by fire in 1818. Beaumont moved his family seat to Bywell, and the family has owned the house ever since. 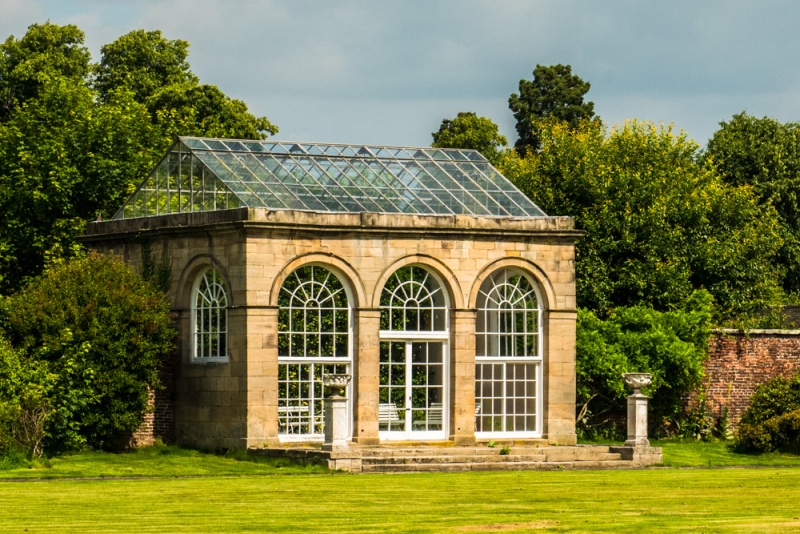 Thomas Beaumont's mother was Diana Blackett, a formidable lady whose business acumen helped build the family fortune. Though she was illegitimate her father, Thomas Blackett, chose her to inherit the family estates because he knew she had the brains to make the most of it.

And so she did, building the family fortune until they became one of the foremost mercantile families in the north of England. Her son Thomas went on to serve as an MP, as did two of his descendants.

One of those descendants was Wentworth Blackett Beaumont (1829-1907) an MP for 40 years and an avid art and furniture collector. Much of the furniture that graces the Hall's interior today was collected by Wentworth Beaumont. In 1906 he was made a life peer, taking the title of Lord Allendale. He was known as a public benefactor, and Beaumont Street in Hexham is named in his honour.

Bywell Hall is open to the public for guided tours on specific days throughout the spring and summer. Usually, there are 28 open days spread out from May through August, but the exact days vary each year. Though the Hall is part of the Historic Houses Association, there is a charge for HHA members.

We arrived in Bywell in plenty of time for the advertised tour time, but found the gates at the head of the drive closed. we assumed there must be another entrance and drove further on, only to discover that there was not another way in. Puzzled, and wondering if we had somehow mistaken the tour dates, we drove back to the entrance in time to see a pedestrian walk up to the gates and have them open magically to allow here through.

We followed, and drove down the long, curving drive to fetch up at a parking area between the stables and the house. Still puzzled as to the lack of signs, we rang the bell and were greeted by a very friendly guide. 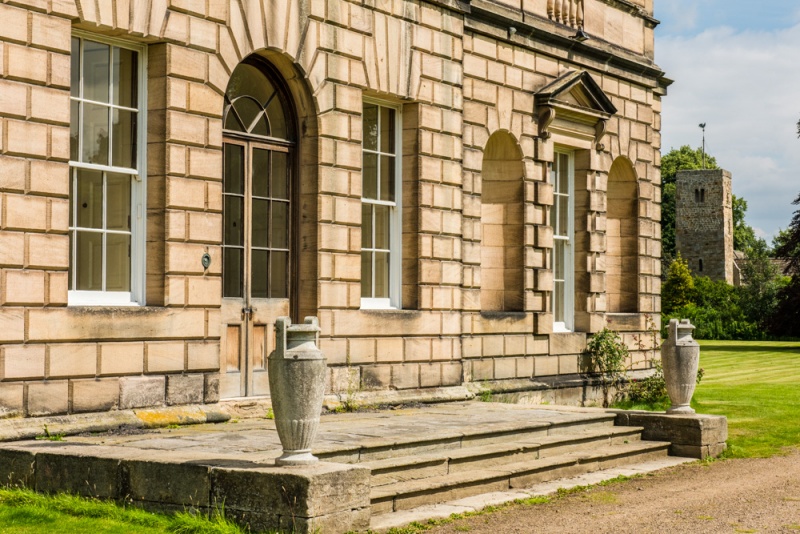 After assuring us that yes, this was the right day and time for a tour, she invited us into a waiting area, where we were served tea and biscuits. What a lovely way to welcome tour guests! Our tour was small, with about eight people, and the guide was excellent.

She gave us a short history of the Hall; and a family history, made more confusing because the owners tended to reuse the same names of Wentworth, Blackett, and Beaumont in various combinations down the centuries.

Unfortunately, we were not allowed to take photographs inside the house, or we could share images of the delightful series of rooms we visited. Highlights included the comfortable Library, the Dining Room with its deep red walls and gilded picture frames, and the Lounge, full of family portraits dating back hundreds of years. One of the portraits was that of Diana Blackett, she who made the family fortune, and she definitely looked like a woman you wouldn't want to get on the wrong side of!

Everywhere you look there are pieces of fine furniture and artwork, including fine porcelain. Bywell Hall is a delightful family home, less of a showpiece than some larger country houses, but still a treasure house of historic art and architecture.

Bywell village is an absolute delight to explore. Though I say 'village' it is really little more than a hamlet. Aside from the Hall, there is the castle, and not one but two Saxon churches within a stone's throw of each other.

Why two churches? It was simply that two parishes met and each parish built a church near their common boundary. St Andrew's church is redundant and in the care of the Churches Conservation Trust. Look for Saxon crosses set into the walls. St Peter's church is even older, possibly founded in AD 803 when Bishop Egbert of Lindisfarne was consecrated here.

On the roadside between the Hall and Castle stands a medieval cross on a stone plinth. 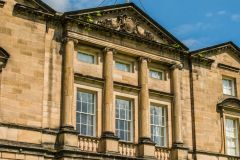 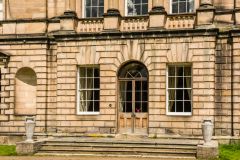 About Bywell Hall
Address: Bywell, Northumberland, England, NE43 7AD
Attraction Type: Historic House
Location: On a private drive at the end of the road in Bywell village, off the B6309, across the river from Stocksfield
Website: Bywell Hall
Location map
OS: NZ046614
Photo Credit: David Ross and Britain Express

More self catering near Bywell Hall