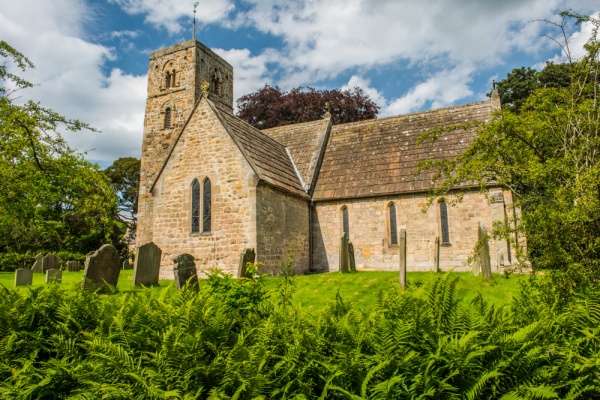 One of the most interesting churches in Northumberland, a county blessed with fantastic historic churches. The nave and tower of St Andrew's are largely 10th century, while the chancel and south transept were rebuilt in the 13th century.

Though the 10th-century origins sound ancient enough, the building may date back much further in time, to the 7th century. One suggestion is that St Andrew's was founded by St Wilfred (AD 634-709) in the 7th century. Wilfred was one of the leading churchmen of the 7th century and was partly responsible for the outcome Synod of Whitby in AD 664 that favoured Roman above Celtic Christian practice.

But back to the church. It is not alone, for a stone's throw away stands a second Saxon church, dedicated to St Peter. This makes Bywell probably the only village in England with two surviving Saxon churches. Why two churches in such a small village?

The anomaly is explained by the fact that the churches each stand near the boundary of an ancient estate. St Peter's was built as the church of Bywell, and St Andrew's as the church of the long-vanished village of Styford.

The building consists of a nave, south transept, chancel, north vestry, and west tower. The tower dates to around AD 850, and has walls fully 5 metres thick, an indication that it was meant as much for defence as for worship.

Some years ago a cross-shaft was discovered embedded in the wall of the tower. This was removed and placed inside the church. It is roughly carved with a Crucifixion scene and may date to the 7th-century church of St Wilfred. It stands atop a base that may be Roman.

The bulk of the church is 13th century, with much Victorian remodelling. The Victorian work includes richly coloured stained glass, an ornate reredos, and a tiled mosaic floor.

Both the interior and exterior of the church feature a collection of nicely carved medieval grave slabs. These are wonderfully decorated with symbols, most meant to indicate the deceased person's status or occupation. Thus you can see an incised hunting horn, swords, shields, a book, shears, and tongs.

St Andrew's is no longer in regular use and is in the care of the Churches Conservation Trust. Aside from the other Saxon church in Bywell, the little hamlet boasts a castle, Hall, and medieval market cross. Be careful - if you simply follow the lane into Bywell you can clearly see a church ahead of you, and think you've reached your destination.

But this is St Peter's, which is, as we unfortunately discovered - often locked during the day. St Andrew's is somewhat hidden from view amid trees to your right, where the lane splits by the market cross. And St Andrew's is, thankfully, normally kept open daylight hours. Thank you, Churches Conservation Trust!

As an interesting aside, when I was leaving the church I met a chap who was mowing the lawn of the manor next door. He asked me what the church was like; you see, he lived there, but had never thought to visit it! Sometimes you don't realise just what historic treasures lie on your own doorstep! 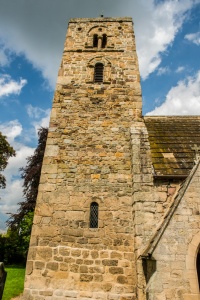 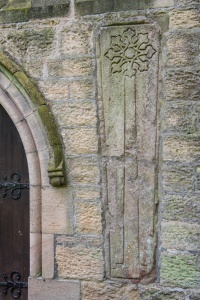 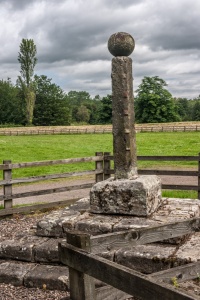 Remains of the medieval
market cross 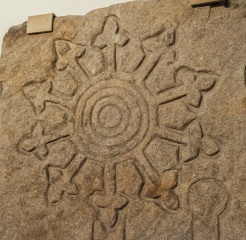 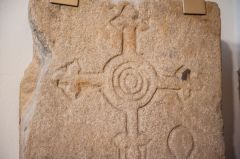