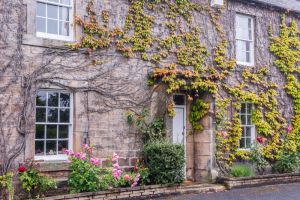 Eglingham is a small, attractive village on the B6346 north west of Alnwick. The village is set in lovely countryside, in a conservation area.

The parish church of St Maurice dates to at least the 13th century, but the first church here is said to have been established by King Coelwulf around AD 738. The church was heavily remodelled in the Georgian period by John Green, who built the Theatre Royal in Newcastle.

The church may have been used as a pele tower, or fortified strongpoint where villagers could take refuge in times of trouble (usually against raiding Scots).

In the church porch is a 15th-century cross slab bearing a skull and crossed bones plus other traditional symbols of mortality. Beside it is an ancient font bowl brought from Branton church. In the nave are box pews still bearing family names on brass plates. On the wall is a plaque commemorating Col. Ralph Carr-Ellison who survived both the Boer War and World War One.

A few steps from the churchyard is the Tankerville Arms public house, a traditional country inn. A bit further down the road is the village hall, with the war memorial outside it in the form of a Celtic cross.

At the northern edge of the village is the historic manor of Eglingham Hall, built in the early 16th century, with later 17th and 18th-century additions. It is not normally open to the public.

Five miles away is the market town of Alnwick, with its imposing and beautiful medieval castle. 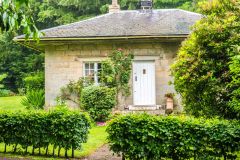 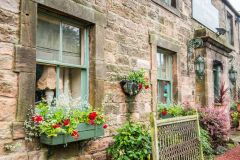 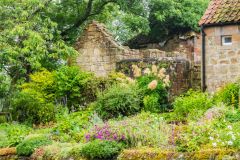 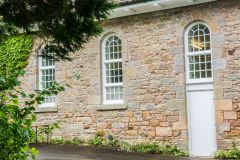 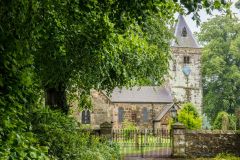 More self catering near Eglingham >>

The Tavern - Steakhouse and Lodge - 5 miles
Alnwick, Northumberland
Stay from: £30.00

More bed and breakfasts near Eglingham >> 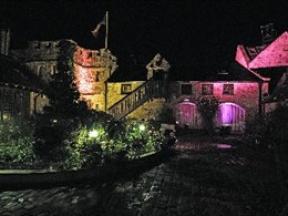