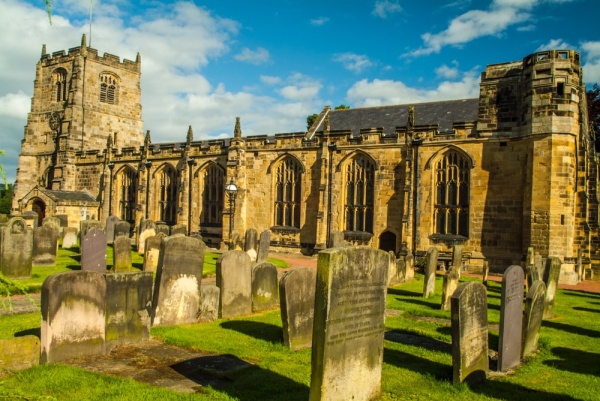 Alnwick's parish church of St Michael is one of the best-preserved and architecturally outstanding churches in Northumberland. The first church on this site may have been established as early as the 8th century but the first written record of a church at Alnwick dates to the 12th century.

In 1147 Eustace fitz John gave the 'Chapel of Alnwick' to the newly established Alnwick Abbey. The only part of that 12th-century building to survive is a section of herringbone stonework in the chancel.

Most of the present building dates to the 15th century and is an excellent example of the Perpendicular Gothic style. In 1464 King Henry VI granted the Burgesses of Alnwick a charter permitting them to hold a market and fair, and to charge tolls on goods shipped through the port of Alnmouth. The money raised was to be used primarily to restore the church. 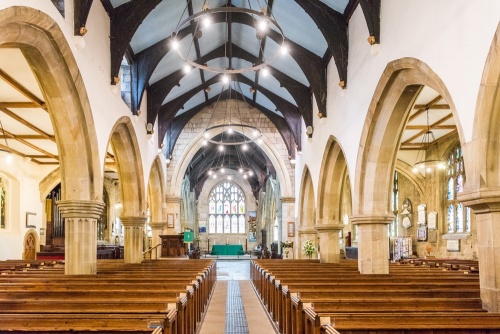 The fresh income allowed the Burgesses to create a superb church, easily one of the finest late medieval buildings in the north of England.

The highlight of the 15th-century work is the spacious chancel with its beautifully sculptured capitals.

The church was restored several times in the 18th and 19th centuries, n=most notably in 1863 by Anthony Salvin, who was directing the 4th Duke of Northumberland's restoration of Alnwick Castle at the same time.

One of the most unusual features of St Michael's is an external lookout tower at the south-east corner, where a watch could be kept for Scottish raiders. The lookout probably did double-duty as a priest's residence. The tower was used as a lookout during the early 19th century when the threat of a landing by French troops under Napoleon were high. 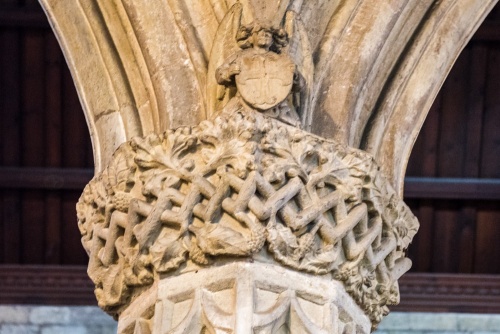 Inside the entrance are a pair of statues discovered during restoration work in 1818. The statues - now given modern replacement heads - depict Henry VI and St Maurice, a local man martyred by Danish invaders. The figure may alternatively represent St Sebastian.

Built into the west wall of the nave are several medieval grave slabs. The oldest of these slabs dates to the 13th century and is inscribed 'VXORSIMOIS', Latin for 'wife of Simon' (of Lucker) a church benefactor.

Beside the large west window is a smaller window with fragments of medieval stained glass, most dating from the 14th century. All the remaining stained glass is Victorian and of the highest quality, with examples of work by famous makers such as Clayton & Bell, and James Powell. 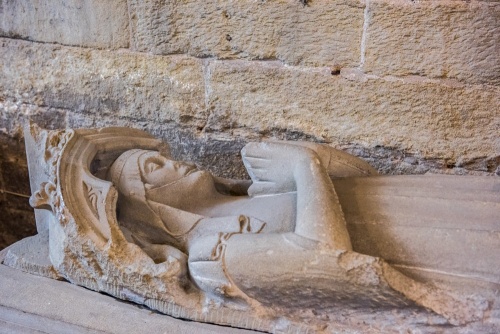 At the east end of the north wall is St Catherine's Chapel. Though the chapel itself has modern furnishings, one of the pillars separating it from the chancel has a medieval treasure in the form of a beautiful capital carved with the arms of the Percy and Vesci families.

The capital was carved in honour of Henry 'Hotspur' Percy, son of the 1st Earl of Northumberland, who died at the Battle of Shrewsbury in 1403 when he opened his helmet visor to get some air. The capital also bears the symbol of St Catherine and the wheel on which she was martyred.

On the south wall are two stone effigies. One depicts Lady Isabella de Vesci, wife of the last Baron de Vesci, who died around 1314. The other effigy is that of a young man, his feet resting on a lion, the symbol of the Percy family. If you look at his costume you can see buttons on his tunic.

Buttons first appeared on the European continent in the 13th century so to see them on a 13th-century effigy suggests that young man, presumably a Percy, was an early adopter of the new fashion.

St Michael's is a delightful historic building, full of interest. It is easily reached on foot from the main visitor entrance to Alnwick Castle at the top of Bailiffgate. The church is usually open daily from May through September. 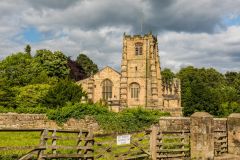 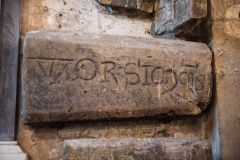 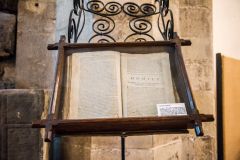 The Tavern - Steakhouse and Lodge - 0.5 miles
Alnwick, Northumberland
Stay from: £30.00

Self Catering near Alnwick