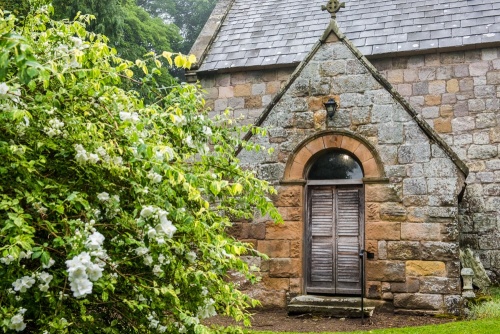 Holy Trinity Church in Old Bewick is a secluded 12th-century church standing in isolation at the end of a single-track road, bounded by woodlands and bordered by a stream crossed by an ancient stone clapper bridge. Though the oldest part of the present building dates to the 12th century there is evidence of a much older Anglo-Saxon building.

The 12th-century church was damaged by a Scottish raid in the 13th century but was rebuilt, and restored again in the middle of the 14th century.

Could Holy Trinity have royal connections? According to tradition, the Old Bewick estate was given to Tynemouth Priory in 1107 by Queen Maud, the daughter of Malcolm Canmore of Scotland who died in battle at Alnwick in 1093 and is buried at Tynemouth.

The earliest written record of a church at Old Bewick comes from 1695 when the porch was added. Inside the porch are several 13th and 14th-century grave slabs and there are further medieval grave slabs inside the church.

Also in the porch is a curious piece of a cross shaft some 0.65m high and 0.4m across. From the shallow depression on top of the shaft, it seems that it may have been used as a plague stone at a later date. 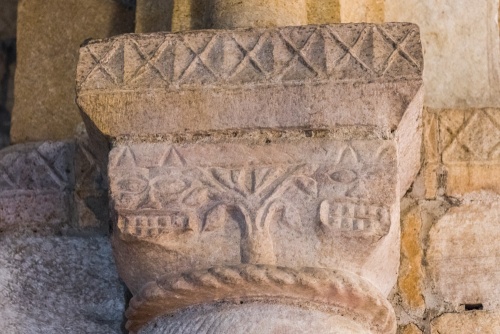 Grinning faces on the chancel arch

One intriguing find during church restoration was a bell dated to the 13th century, which is now in the vestry. This would suggest that a bell tower had been added to the church by the late 15th century.

Tradition suggests that Scottish troops under General Lesley damaged the church again in 1640. It was restored in 1695 when the porch was added, but a few decades later the roof blew off and was not replaced. Holy Trinity stood roofless for many years until it was finally restored by JC Langlands, whose memorial can be seen at the corner of the lane leading to the church.

The chancel and rose windows are dedicated to JC Langlands (d 1852) and his wife Mary, and their son Charles Langlands, an ensign with the 43rd Light Infantry who died in action at the assault of the Gate Pah at Tauranga, New Zealand in 1864 at the age of 21.

The Langlands were a military family; beneath the plaques to JC Langlands and his son is another to his heir John Shakespear Langlands, a Major in the Oxfordshire 43rd Light Infantry who died in 1905 and his son Lieutenant Alan Langlands of the South Wales Borderers who was killed in action in 1915 at just 20 years of age. 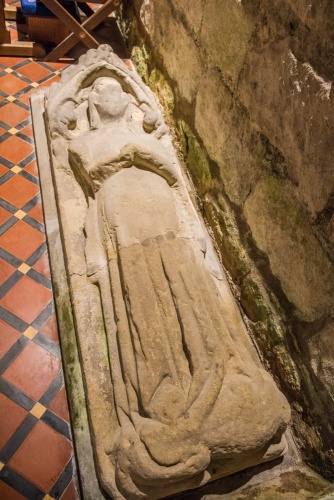 14th-century effigy of a woman

The church layout is very simple, with a nave, chancel, apsidal sanctuary, and south porch. The lower sections of the nave walls are built with extremely large blocks of stone that may be re-used Roman stonework. The south doorway is extremely simple, with a blank tympanum and Victorian saltire carvings, though the responds are carved with original Norman designs.

One of the most intriguing historical features inside the church is the 14th-century effigy of a woman in the chancel, carved from freestone. We do not know who the effigy is meant to depict but it appears to be the work of a school of sculptors active in the Alnwick area until about 1340. The woman may have been the wife of the patron who paid for the 14th-century church rebuilding.

Perhaps the most interesting historical feature, however, is the chancel arch. The north pillar has a pair of peculiar grinning faces flanking a tree, beneath a row of saltires. The carvings may date to the 11th century and are very similar to a carving at Durham Castle. On the pillar separating the sanctuary and chancel is a very well-preserved consecration cross. 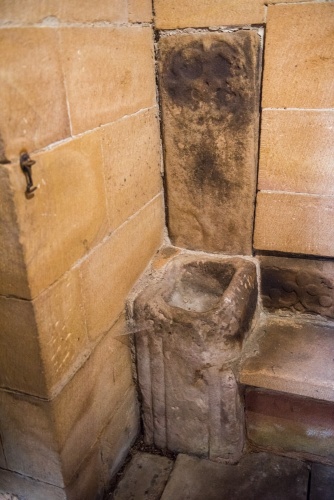 Lying against the north wall of the chancel is a fragment of a grave slab with an incised cross. In the nave is a very well-preserved medieval foliated grave slab.

The font appears to be Victorian, though in Norman style and standing on a very rough base that may be original. Given the number of Norman remains in the church I'm inclined to think that the font may be a recut Norman one, but the church guide is uninformative on the subject.

Holy Trinity Church is a delight; it is one of the finest Norman churches in north-east England and the combination of the Norman architecture and the isolated setting make for an unforgettable visiting experience.

Holy Trinity is at the end of a lane immediately north of Old Bewick between Eglingham and East Lilburn. There is space to park along the verge and the church is usually open daylight hours. 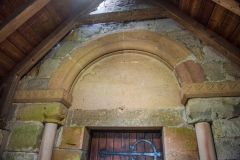 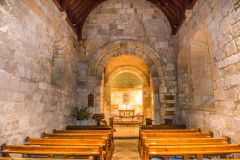 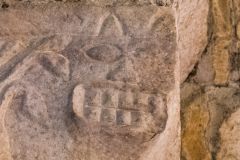 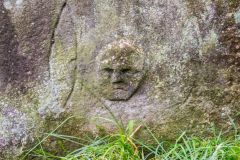 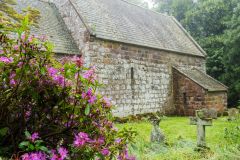 The Tavern - Steakhouse and Lodge - 9.2 miles
Alnwick, Northumberland
Stay from: £30.00