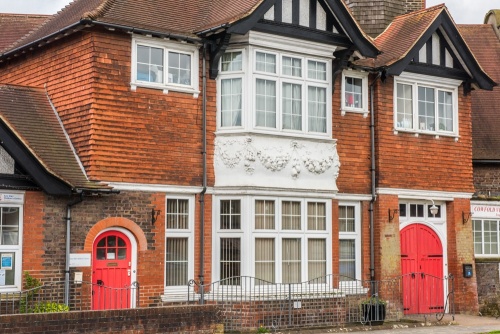 Cowfold is a small village in the West Sussex Weald, full of charming cottages arranged around the historic church of St Peter. Within the church is a superb funerary brass of Thomas Nelond, Prior of Lewes, who died c. 1420. The grave canopy is an elaborate affair stretching over 10 feet in length.

Interestingly, no written record can be found of any settlement here before the 13th century. Indeed, it seems to have been used as woodland pasture in the 11th and 12th centuries. Local place names hint at this history, with several places incorporating words like fold, den, and hurst.

Beeding manor seems to have held outlying farms here in the early 13th century, and by 1256 the Bishop of Chichester held hunting ground here. The bishop granted his tenants the right to gather firewood from his 'chase'.

The village was slow to develop; throughout the medieval period, the parish was largely composed of isolated farms, and even as late as 1733 as much as a third of the parish was given over to woodland or orchard use.

Cowfold was once a thriving centre of the iron industry, due to an abundant supply of timber for smelting.

Aside from the older cottages clustering around the churchyard many of the buildings in Cowfold are relatively modern, with the exception of the former public reading room, erected in 1867 by the naturalist FD Godman, who also paid for the village hall and lending library in 1896.

There is one pub in Cowfold; the Hare and Hounds on Henfield Road, which was recorded as selling beer from 1851 though it only became a public house in 1903. 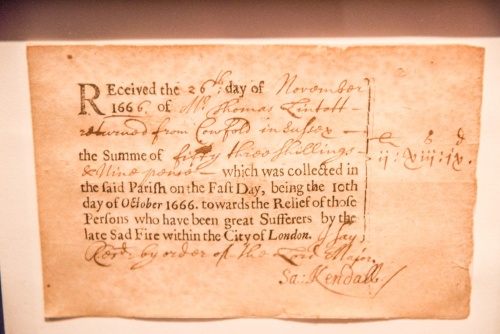 Cowfold's donation to the Great Fire of London relief fund

Cowfold and the Great Fire

What links Cowfold to the devastating Great Fire of London in 1666? The answer lies in a fascinating exhibit in the Museum of London.

When Charles II realised the extent of the damage to London and the vast number of people made homeless by the fire, he launched a nationwide appeal for donations to a relief fund. The Museum has the original receipt recording the donation of 53 shillings and 9 pence given by the citizens of Cowfold to the London relief fund. 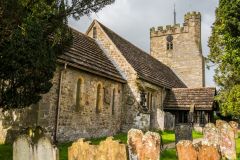 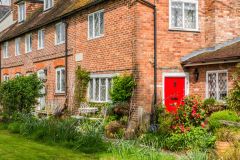 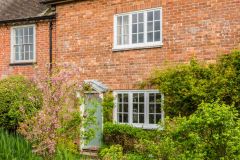 More self catering near Cowfold >>

More bed and breakfasts near Cowfold >>