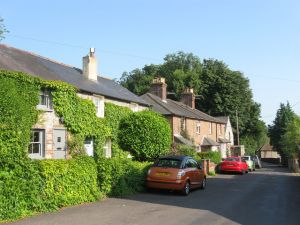 Cottages in Nepcote, Findon
An attractive village with a number of elegant Georgian houses clustered around the village green. Finsbury is home to a popular sheep fair which dates back to the 13th century. The fair takes place in September and sees up to 20,000 sheep change hands each year.

The parish church of St. John The Baptist dates to at least the 13th century, though there may be Saxon work in the lower part of the tower. Certainly, there was a church here in 1053. The font is a carved bowl shape, probably dating to the 12th century. A brass memorial tablet to Gilbert Le Freynsh (d. 1374) is set in the chancel floor.

On the hill above Findon is Cissbury Ring, the second-largest Iron Age hillfort in England, after Maiden Castle in Dorset. The site was inhabited as early as 4000 BCE, and there was a sizeable community here by the 3rd century BCE.

More self catering near Findon >>

More bed and breakfasts near Findon >>