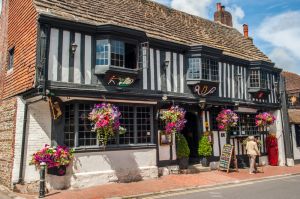 One of the most popular villages in East Sussex, and for good reason. Alfriston is one of the oldest villages in the county. It was founded in the Saxon period and became a market town in the Middle Ages.

The village boasts a pair of intriguing historic inns. The Market Cross was a famous smuggler's haunt during the 18th century, the headquarters of a gang headed by Stanton Collins. Author Rudyard Kipling used the exploits of Collins and his gang as inspiration for his poem, 'A Smuggler's Song'.

The other inn is the Star Inn, an attractive building which dates to the 15th century. The Star was built as a stopover place for pilgrims on their way to the shrine of St Richard at Chichester.

But the most famous historic building in Alfriston is probably Clergy House, a thatched, half-timbered Wealden hall house built in the 14th century. Clergy House was the very first property acquired by the National Trust in 1896. Clergy House offers a wonderful glimpse into how our ancestors lived during the medieval period, and how their houses were built. The house is surrounded by a traditional cottage garden.

Also in Alfriston is the English Wine Centre, a museum of the vintner's craft in England, housed in a historic thatched building.

And while visiting Alfriston, pop into the parish church of St Andrews. This lovely old building has been called The Cathedral of the Downs. It was built around 1360 in a cruciform shape topped by a central tower and slender spire.

An interesting Alfriston custom which has only recently died out is to bury local shepherds with a clump of sheep wool in their hand. The wool was supposed to signify to gatekeepers in heaven that the dead man's poor record of church attendance was due to his obligation to his flock! 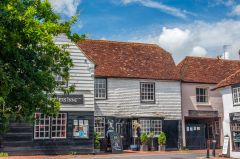 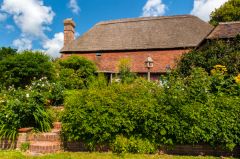 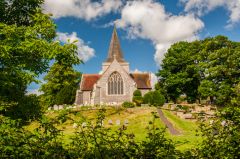 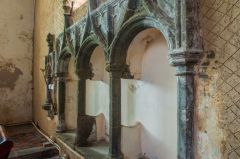 More self catering near Alfriston >>

More bed and breakfasts near Alfriston >>