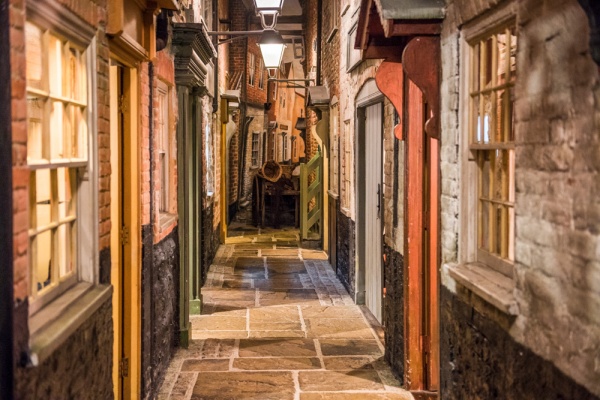 Recreation of a Victorian 'Row' at Time and Tide

Explore a fisherman's house and peer inside a Victorian 'Row'. There are displays of historic sailing vessels, with a special emphasis on fishing boats. See Bronze age artefacts including the Gorleston Hoard; over 30 metal objects discovered during excavations at Peterhouse Junior School.

Included in the Hoard are socketed axes, spearheads, and sword fragments. The Hoard may have been a metalworker's collection, buried for safekeeping. Another fascinating exhibit is the Burgh Castle Helmet, a late Roman cavalry helmet found in 1960. 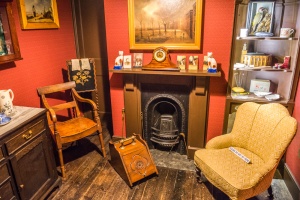 A look inside a 19th century Row house

Another exhibit recreates the first known museum in Great Yarmouth, a 'Cabinet of Curiosities' opened in 1778 by local businessman Daniel Boulter. Boulter collected an array of diverse items, from Egyptian antiquities to shells, weapons, curios, and natural history exhibits.

The museum has recreated the feel of the 18th century Cabinet of Curiosities, with a jumble of fascinating objects, from North American native amulets worn by a shaman to stuffed birds, shells, minerals, masks, and fossils.

Another exhibit looks at Yarmouth during wartime, with a display on the WWII bombing raids that devastated the town. See unexploded German bombs and a fascinating range of artefacts from a WWI Zeppelin raid.

The museum provides plenty of hands-on activities aimed at making the past come to life for both younger and older visitors, including puzzles, films, games, and other activities.

Time and Tide is very well signposted from the quayside area. There are pedestrian signs from all the major streets nearby ad the museum is easy to find. There is no dedicated parking area, but we found it easy to park along the Quayside.

There is a remarkable amount to see at Time and Tide! My favourite part of the museum was the recreation of the 19th century Row. There is also a wonderful display covering Yarmouth's maritime heritage. One major focus of the museum is the herring fishery that made Yarmouth one of the busiest and wealthiest ports in Britain for centuries.

An old saying says that Yarmouth was built on herring bones, with a good harbour and easy access to the North Sea fishing grounds. The exhibits show how herring was caught, processed, packaged, and shipped to market. It's a fascinating glimpse into the trade that made Great Yarmouth such a prosperous town. 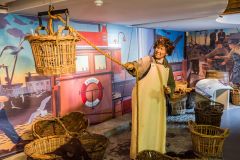 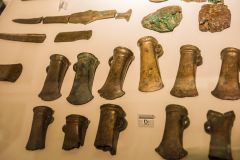 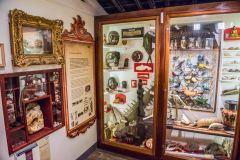 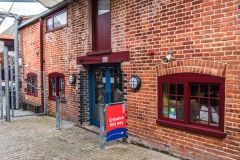 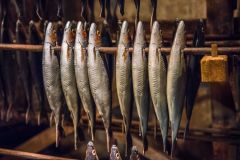 More self catering near Time and Tide Museum, Great Yarmouth >> 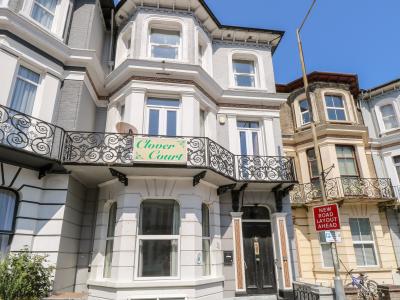