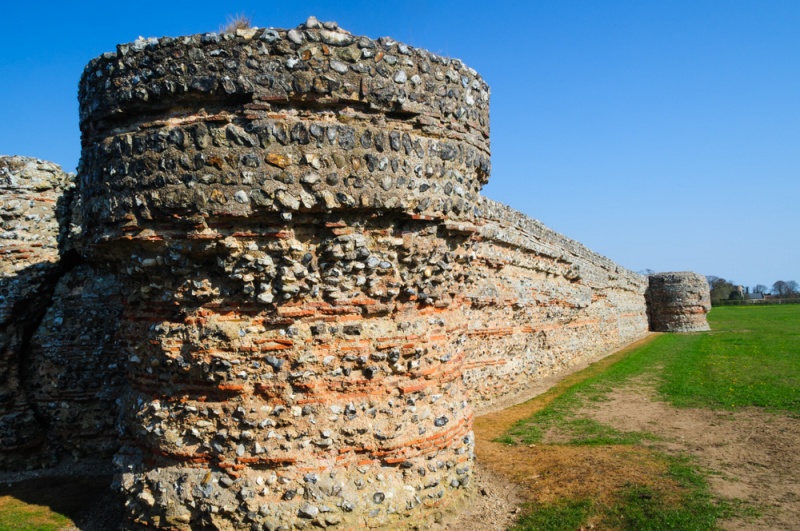 Burgh Castle is a Roman Saxon Shore fort, built in the 3rd century overlooking Breydon Water and the outlet of the River Waveney. The Romans built a trapezoidal fort here sometime between AD 260-280. We know very little about the fort, but we do know that the Stablesian cavalry was stationed here in the mid 4th century.

It is possible that the fort was initially intended as a trading centre or as a naval base to guard merchant vessels. During the 4th-century raiders from the European continent became a greater threat, and the fort would have formed part of a system of coastal fortifications aimed at repelling these invasions.

Burgh Fort has traditionally been identified with the Saxon Shore fort named as Gariannonum in a Roman army document written around AD 400, however recent research suggests that the description of Gariannonum may apply just as easily to Caister-on-Sea on the other bank of the estuary. It was large enough to hold a garrison of between 500 and 1000 legionaries, or up to 500 cavalry and their horses. Excavations on the site have turned up a cavalry helmet.

The fort has a maximum inner width of 205 by 100 metres. The walls on three sides of the fort are fairly intact, but that on the west side have collapsed into the water. The walls stand to a height of 4.6 metres, and are supported by six pear-shaped bastions.

Interestingly, these large bastions were not part of the original design but were added when the walls were half complete. At the centre of each bastion, near the top, is a hole that probably supported a frame for a timber structure. An alternative theory is that the hole helped brace a large catapult mounted on top of the bastion.

The walls are in excellent condition and are missing only the parapet that ran along the wall top and protected soldiers patrolling the wall. The internal and internal; faces would originally have been faced with tile and flint. 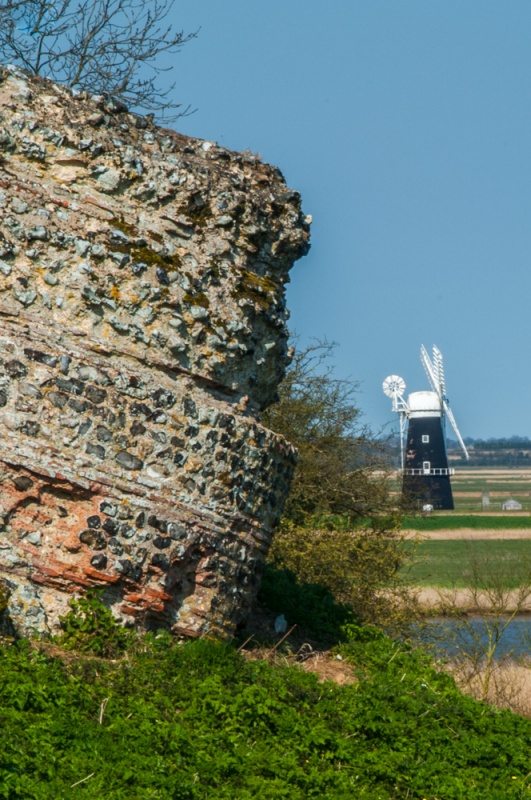 Most of this facing material has been robbed over the centuries for other nearby buildings, leaving only the core of the walls. Some Roman tiles are built into the walls of St Peter & St Paul's parish church, just outside the Burgh Castle site. The church is medieval, but probably incorporates an earlier Saxon building.

The area within the fort has never been properly excavated, so we do not know if it contained timber or stone buildings.

To the east of the fort was a vicus, or civilian settlement. The vicus buildings were constructed of timber, and no remains can be seen.

The Romans stayed until the early 5th century, most likely leaving between AD 407-8.

Around AD 630 a monastery was established within the Roman walls by Fursa, who called the place Chobheresburgh. The monastic church stood in the south-west corner of the fort, and a cemetery to the north of the church. The monastery stood until some time in the 9th century. Excavations have unearthed over 160 burials from the Saxon period.

In the 11th century, the Normans built a motte and bailey castle within the fort. The Normans breached the existing Roman walls and built a timber fort atop a mound. The construction caused a section of the Roman wall to tilt at an alarming angle, as if it is ready to topple over.

Yet it has stood at an angle for centuries without falling, and in recent years has been underpinned to prevent any further movement. The mound survived until 1839 but you can still see its outline near the southern edge of the fort interior. 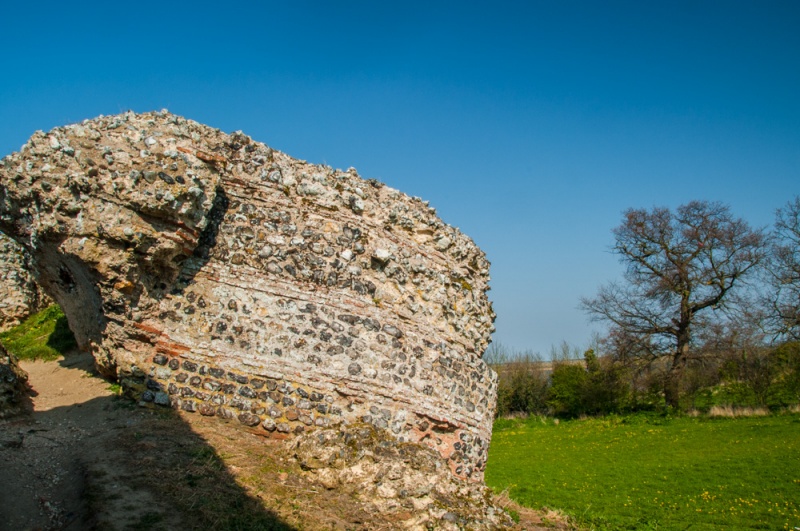 From the castle, you can look across the River Yare to Berney Arms Windmill, a restored historic mill. The site has changed a great deal since Roman times. When the castle was built it stood beside a huge estuary covering all of Broadland. Large sea-going ships docked outside the fort, and could sail up the rivers Waveney, Yare, and Bure to important Roman settlements at Brampton and Caistor St Edmund, near Norwich.

The Burgh Castle site is cared for by the Norfolk Archaeological Trust, though the Roman fort itself is protected by English Heritage. The surrounding 90 acres is owned by the Trust, including the area where the vicus, or civilian settlement, was located.

Burgh Castle was in the news for all the wrong reasons in August 2011 when vandals toppled a section of Roman wall at the fort. The length of wall weighed over a tonne. It stood just 2-3 feet high but was still in its original position on the south side of the fort.

There is a public landing stage on the River Waveney below the castle walls, just north of Burgh Castle Marina. The site is signposted off the A12, and there is a car and coach park outside the fort gates. The site is accessible on foot from dawn until dusk daily. 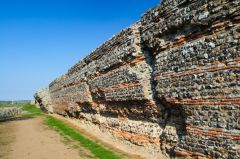 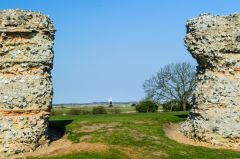 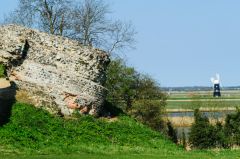 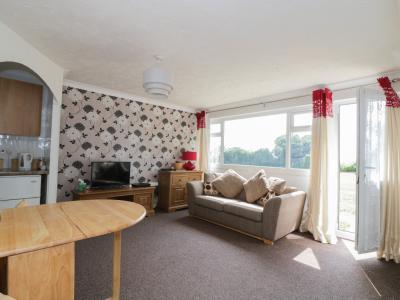 This comfortable end-terrace chalet is located on the corner of the Kingfisher Holiday Park, near Great Yarmouth, with beautiful views over the Norfolk Broads and can sleep four people in …
Sleeps 4