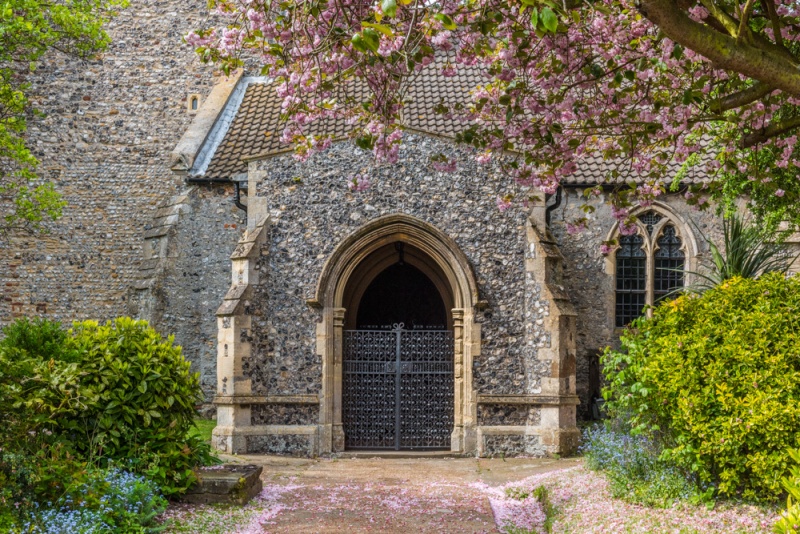 Holy Trinity church in Caister-on-Sea was built in the 14th century and restored in the Georgian period. It features a richly carved late medieval font, brought from a church in Eye, Suffolk, and vividly coloured Victorian and Edwardian stained glass windows.

The church has strong links to the Caister Lifeboat. Memorials to lifeboat personnel and those who lost their lives at sea can be found inside and outside the church. The most striking interior memorial is a stained-glass window depicting the Biblical tale of Christ and the Fisherman, executed by Paul Woodruffe to commemorate the 1901 lifeboat disaster.

There are several very good historic monuments inside the church, including one to William Crowe of Caister Castle (d. 1668) and a black marble monument to his descendant Robert Crowe (d. 1727). Look for the memorial brass of Thomasin Randall, who died in 1613 at the age of 24.

On the west wall of the nave are beautifully painted commandment panels depicting Moses and Aaron, dated 1688. There is also a painted royal coat of arms to George III, dated 1786, painted over an early 17th-century coat of arms to James I. 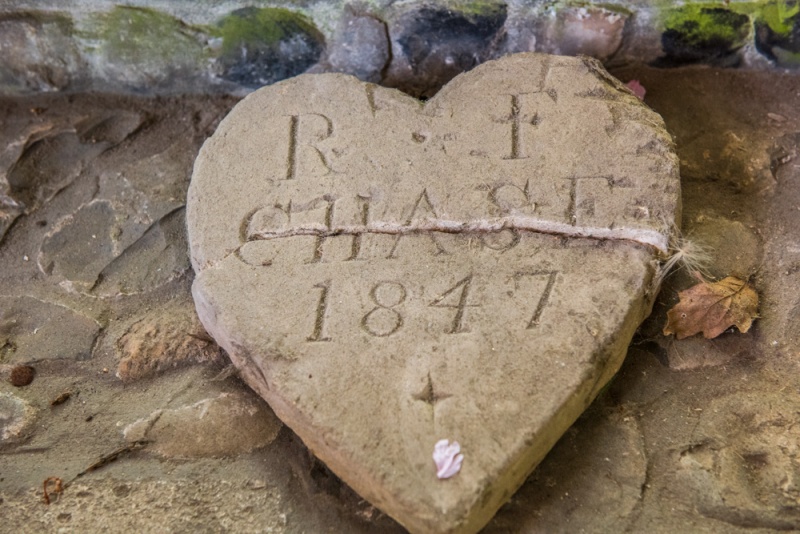 In the porch are a pair of 18th-century memorials. One is to Robert Clayton, a rector of Caister for 56 years, who died in 1781, and the other is to his daughter, Rebecca Olley, who died in 1772 at the age of 26. Remembered on Rebecca Olley's gravestone is her daughter, also named Rebecca, who died the following year at the age of just one year and three months. Also in the porch is a touching gravestone in the shape of a heart, inscribed 'RF Chase, 1847'.

In the churchyard is the grave of Sarah Martin (1791-1843), a philanthropist and activist for prison reform. Martin worked with inmates of the Tollhouse Gaol in Great Yarmouth, teaching life skills as well as leading religious services. She is remembered by a memorial at St Nicholas Church in Great Yarmouth, and her name is inscribed on the Reformers Monument at Kensal Green Cemetery in London.

Do take the time to walk across Ormesby Road to the cemetery opposite the churchyard. There you will find the striking white stone memorial to those who perished in the Caister Lifeboat disaster in 1901. The touching epitaph tells the story in these words:

Hereunder lie the bodies of nine men of Caister who lost their lives in the lifeboat Beauchamp on the morning of November 14th 1901 whilst gallantly responding to signals of distress. This monument has been erected to their memory by a large number of their fellow countrymen who honoured their bravery and preserved those dependent upon them from want.

Above the inscription rises a broken mast wrapped by a tangle of rope, and a life buoy inscribed with the words 'Caister Lifeboat'. 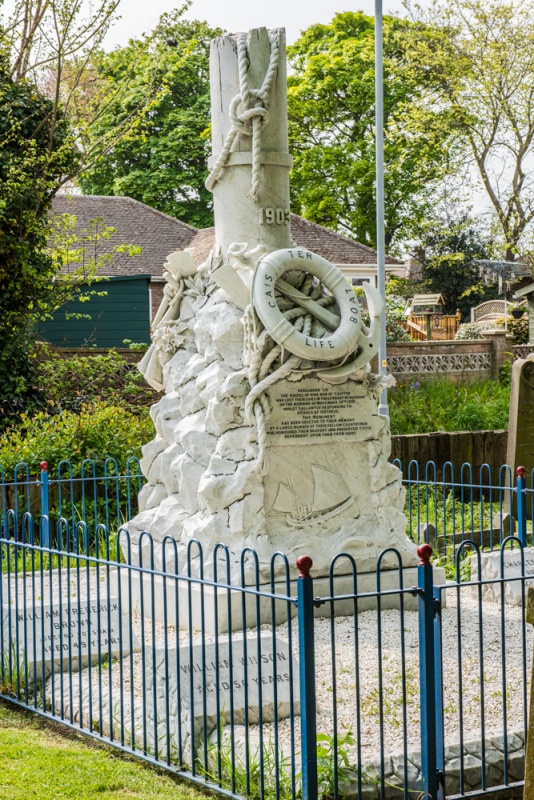 Holy Trinity was in the news for all the wrong reasons in 2014 when thieves made off with the 17th century bust of William Crowe, removing it from Crowe's memorial in broad daylight. Crowe was a successful London merchant and owner of nearby Caister Castle, which he accepted from the powerful Paston family in lieu of a debt.

The church is usually open daylight hours to visitors. At least, that's the theory. The last time we tried to visit during the middle of a sunny May afternoon we found the doors locked, with no indication of where to find a keyholder. Presumably, that was a one-off occurrence. 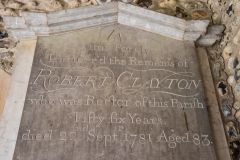 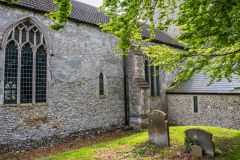 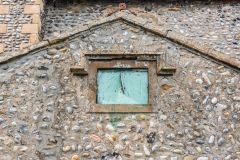 Self Catering near Caister-on-Sea