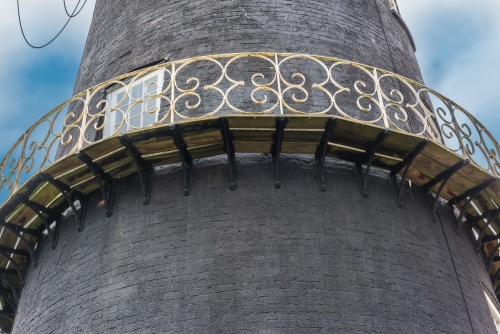 Sibsey Trader Windmill is a restored six-storey windmill that was built in 1877 to replace an earlier post mill. It is one of the few surviving six-sailed mills in England.

The mill was built by the Sanderson and Son company of Louth and originally had four pairs of grinding stones. In the early 20th century a fifth pair was added, driven by an electric engine in an exterior shed. The engine was taken out in 1953 and the mill was simply left to decay.

Salvation came in the form of a mill enthusiast named Rex Walles. He determined the 12 most historically important windmills in Britain and began a campaign to save them from destruction and return them to working order. Sibsey Trader Windmill was among those dozen important mills.

Sibsey Trader Windmill was awarded a Grade I listing by English Heritage and named a National Monument. It was fully restored in 1981. This is not just a museum; the mill works for its living, producing a wide range of organic, stone-ground flours including wheat, rye, spelt, barley, and maize, as well as hand-made muesli. All these products are available in the mill's shop. 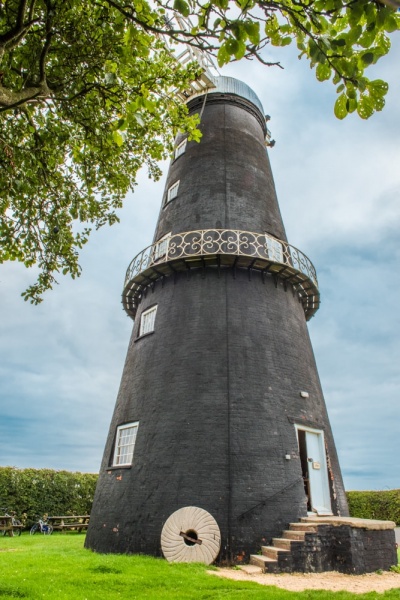 Another view of the mill (without sails)

The mill was damaged by a storm in 2018 and the sails had to be removed. As of this writing, English Heritage has agreed on a programme of repair which should bring the mill back to its original condition.

The mill stands six floors high and is made of tarred brick. It is 74'3" to the top of the cap, which rotates on a cast-iron track known as the curb. The cap is linked to six double-sided patent sails and a wooden fantail. There is an external gallery at third-floor level, notable for its beautiful wrought-iron railings.

The mill appears taller than it is due to the flat landscape surrounding it. The base floor is now home to the mill shop where you can buy fresh-ground flour. It was originally where sacks of grain were attached to a hoist so they could be lifted to the third and fourth floors for storage in large bins. 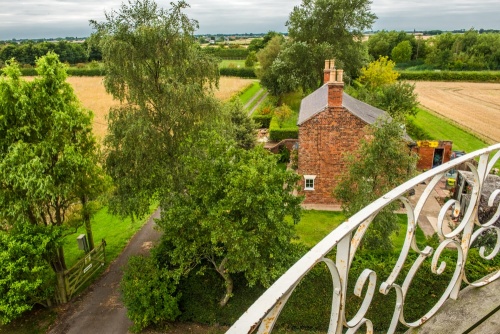 The view from the external gallery

Above the base floor is the meal floor, where you will find the governors and tensioner mechanisms. The governors control the gap between grinding stones, compensating for the speed of the sails by lowering the upper stones as the speed goes up. As a result, the stones grind a uniform fineness of flour no matter what the wind speed is. The tensioners control the rate at which grain is fed to the grinding wheels.

Above the meal floor is the stone floor, where three pairs of grinding stones operate. Two pairs of stones were used for cattle feed and the third to grind flour. Each upper stone is driven by gears connected to the great spur wheel on the central drive shaft.

The third and fourth floors hold the grain bins, where grain is stored and fed through chutes to the waiting grindstones on the floor below. Stairs lead up to the dust floor above. The dust floor is directly under the cap, which rotates according to the wind direction.

You can see the windshaft that carries the sails, drives the sack hoist and turns the central drive shaft. A striking rod goes through the windshaft and operates the shutters on the sails. The angle of the shutters determines the speed at which the sails rotate.

It is fascinating to see the historic milling mechanism and learn how the mill operates. 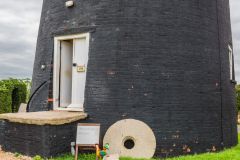 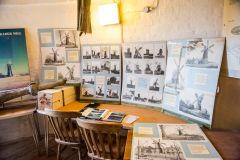 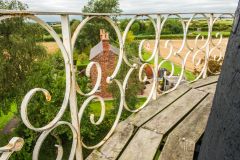 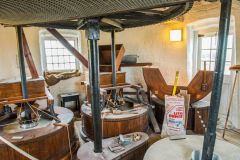 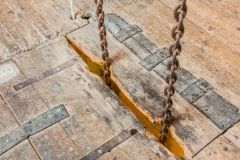