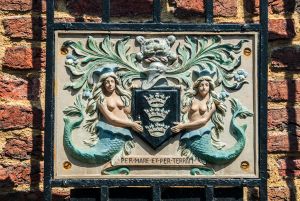 A museum housed in the historic 14th century guildhall, the site where the Pilgrim Fathers were imprisoned in 1607 before sailing to America (the original prison cells can be viewed). See a 16th century kitchen, and maritime and rural exhibits.
History
The Guildhall was built in the 1390s by the Guild of St Mary, a collection of the wealthiest and most prominent members of Boston society. In the late 14th century Boston was a wealthy trading centre, second only to London in importance. St Mary's Guild was founded in 1260 and was open to anyone who could pay an annual subscription fee of 1 shilling. In return the Guild paid for two priests whose job was to say masses for the souls of all members. In addition, they distributed 1000 loaves of bread and 1000 herrings to the poor of Boston each year.

The Guild had a chapel inside St Botolph's church (Boston Stump) and founded a school for local children that became in time the Boston Gramar School.

The Guild received a crown license to incorporate in 1392, and it seems likely that the Guildhall was erected very shortly after this date. The Guildhall coffers must have been very full, for local citizens kept granting land and property. The Pope helped, too, by granting indulgences for Guld members, thus making membership even more appealing.

The Guildhall was built of locally made brick, at a time when stone and timber were much cheaper and more readily available. Brick is now considered a cheap building material, but in the 1390s it was the height of fashion and showed the enormous wealth and status enjoyed by the Guild of St Mary. The Guild even employed Flemish masons to build the guildhall, rather than use local craftsmen. The result is a building made of two skins of brick walling with rubble infill.

The Guild sponsored composer John Taverner, and supported a choir that became nationally known in the 16th century. It also acquired sacred relics, including a finger of St Anne.

When Edward VI abolished chantries and religious guilds, the Guild's property was seized by the crown. The newly established Boston Corporation had a struggle to get the Guildhall back, which they did in 1555.

The Guildhall then became used as a Town Hall, and over the following centuries the medieval origin of the building were hidden under layers of renovation and alterations. Finally in 1902 the Corporation moved into new purpose-built quarters in West Street. The Guildhall was used as a 'National Kitchen' in World War One, offering free meals to the poor. It fulfilled a similar role in WWII, acting as a 'British Restaurant'.

The Pilgrim Fathers Connection
The most famous episode in the long history of the Guildhall came in 1607, when a group of religious dissenters was prevented from leaving the country without the king's permission and brought to Boston for interrogation. This group of men, women, and children would become known as The Pilgrim Fathers. They were brought before magistrates at the Boston Guildhall.

The Pilgrims seem to have been treated with some sympathy, for many of the leading citizens of Boston sympathised with their religious views. The Pilgrim Fathers were eventually discharged and dispersed to their homes in Lincolnshire and Nottinghamshire. They eventually made it across the Channel to Holland the following year and finally set sail for the New World from Plymouth in 1620.

The Museum
The museum opened in 1929 to display a bequest of paintings and Egyptian antiquities bequeathed to the Corporation of Boston. Over the following decades the museum collected a wealth of objects of local interest, including archaeological finds. Visitors can see an original copy of Foxe's 'Book of Martyrs' and the gaol cells where the Pilgrim Fathers were held. Discover the long and varied history of the Guildhall itself and its role in the history of Boston and the surrounding area. Its a fascinating, though small, museum, full of interest, in a fascinating building. 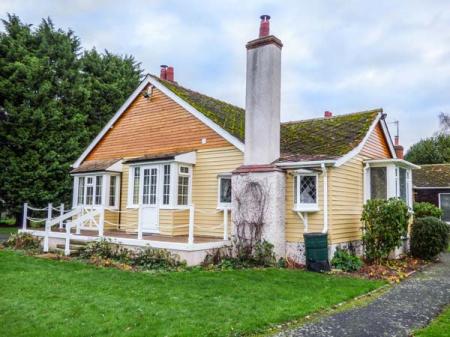 This ground floor annexe is outside the village of Wyberton near Boston in Lincolnshire and can sleep two people in one bedroom.
Sleeps 2 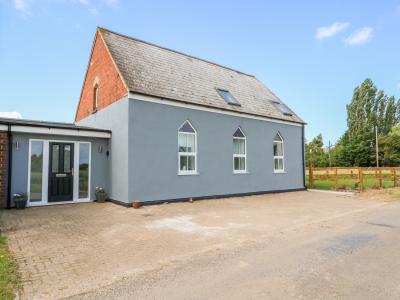 This delightful former chapel rests in the small hamlet of Scrane End, on the outskirts of Boston, Lincolnshire and can sleep eight people in four bedrooms.
Sleeps 8