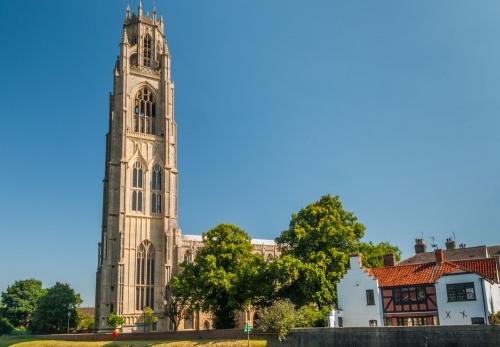 A jewel among English parish churches, St Botolph's church, popularly known as the Boston Stump, boasts the highest tower (exclusive of spire) of any parish church in the country. Technically, the 'Stump' is the west tower, though often the term is applied to the church as a whole.

Botolph was a 7th-century Saxon missionary who preached in the area and founded a church here. The town of Boston takes its name from a version of 'Botolph's Town' (or, alternatively, 'Botolph's Stone').

The famous tower was built in stages between 1425 and completed by 1510. It rises to a height of 272 feet and is topped by a superb octagonal lantern, somewhat reminiscent of that at Ely Cathedral. The effect of the tower architecture is breath-taking at first viewing. The large Gothic windows are set so that you can look straight through the tower, giving it an air of spaciousness and delicacy at odds with its great size. 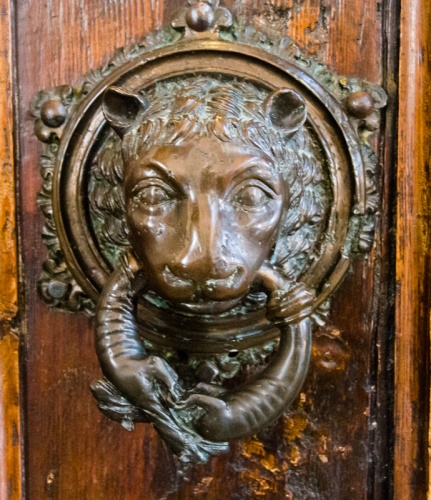 During its construction, the chancel was enlarged from the planned 3 bays to five bays, an indication of the growing prosperity of Boston during this period of the Middle Ages. The extension also had the effect of stabilizing the nave, which was beginning to lean due to the soft nature of the underlying soil. The exterior of the church remains essentially unchanged from the Reformation period, but the interior has undergone extensive renovations.

The church is particularly well known for its close ties to the Pilgrim Fathers and the foundation of America. In 1612 John Cotton became vicar of St Botolphs. His radical puritan views made him many enemies among the established church hierarchy.

Eventually, Cotton found the religious intolerance he faced too much of a burden. He gathered a number of like-minded followers, and sailed to the New World on the Griffin, following the earlier Mayflower and Arbella pilgrims to America.

There are two main reminders of Cotton's turbulent time as vicar of Boston; the first is the small chapel named in his honour. This is located in the south-west corner of the church. The second reminder is the superb painted pulpit, which was created in the same year that Cotton arrived in Boston. 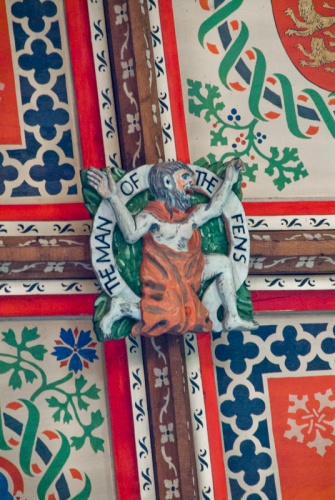 Other reminders of St Botolph's ties with the New World can be found in the stained glass of the north aisle, where one window shows Cotton waving to members of his congregation as they depart on the Arbella for Boston, Massachusetts. Another window depicts Anne Bradstreet, probably the first poetess in America, who sailed on the Arbella in 1630.

One of the oldest relics in the Boston Stump is a 13th-century door knocker, which can be found on a small door leading from the tower stairs, at the west end of the nave. This knocker, which is thought to be of French origin, is in the shape of a lion. Its age makes it the oldest object in the church.

Other historic objects worthy of note in the church interior include two medieval tombs set into the wall of the south aisle. One is a Knight of the Order of St John in full armour, with his feet resting on a lion. The other is a woman, possibly Dame Margery Tilney, an early benefactor of the church. Both tombs are carved of alabaster.

Of note in the choir are the series of beautifully carved misericords, or 'mercy seats'. These special seats allowed members of the choir to rest while standing upright during long services. Since Vicar Cotton was known to have preached for as long as five hours at a stretch, these mercy seats would have provided a very welcome relief for his listeners! 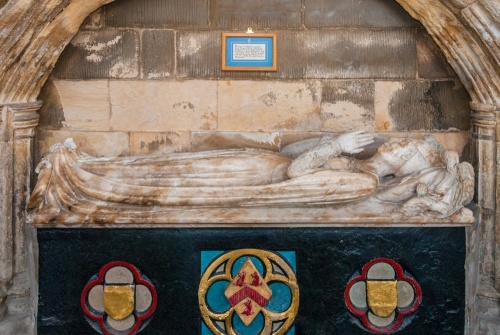 One misericord shows a couple cooking dinner over a large cauldron, another shows a knight and dragon, and one humorous one shows a choirmaster beating one of his choirboys under the noses of his fellows.

One final thing to note about the interior are the lovely painted roof bosses of the nave and north aisle. Most are of recent vintage, but they represent a wide variety of subjects, including scenes from local life. In the north aisle is a boss representing the 'Old Man of the Fens'.

Near the entrance to the south porch is a carving of a pagan Green Man, a common motif in medieval churches. The buttresses of the church have marks showing the height reached by floods, an indication of just how vulnerable the church must have been in earlier times due to its location beside the river.

The Boston Stump is open daily. There is no charge as of this writing, but there is a small fee if you want to climb the tower. The tower is 365 steps high, one step for every day of the year. If the day is clear, you will be rewarded for your efforts by superb views over the surrounding fens, and as far afield as Lincoln.

Of particular interest is the parish library, which is housed above the south porch. The library was founded in 1634 and now contains 1700 volumes, dating back as far as the 12th century. Other prizes include a 1542 copy of the work of Geoffrey Chaucer and Foxe's infamous Book of Martyrs. The library is normally only open by appointment, but there are also special open days.

More self catering near Boston Stump

Self Catering near Boston