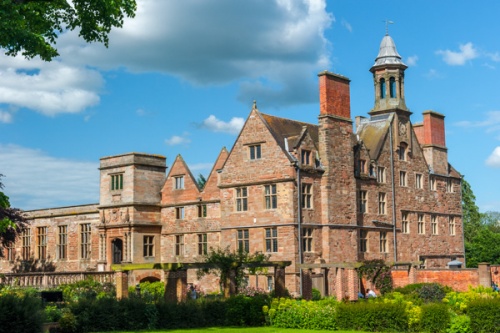 Rufford Abbey
Rufford Abbey consists of the partial remains of a 12th-century Cistercian abbey, incorporated into a 17th-century mansion. Unusually, the monastic buildings were complete by 1170 and remained practically unaltered until the abbey was suppressed by Henry VIII in 1537. The abbey and mansion stand within Rufford Country Park.

Rufford was the fifth and last daughter house of Rievaulx Abbey in Yorkshire and was founded under the patronage of Gilbert de Grant, Earl of Lincoln, in 1146. At that time the abbey grounds were within the traditional boundary of Sherwood Forest. To make space for the abbey three existing villages were cleared and the villagers forced to move. 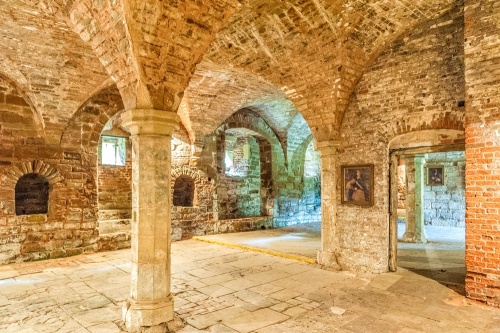 It took at least a dozen years for construction to begin, and it seems that the abbey church was not finished for a century. In 1233 Henry III gave permission for the Abbot of Rufford to take an acre of royal woodland to enlarge the Abbey estate.

In the early 16th century, the monastic buildings were heavily damaged by fire, but there was little time to rebuild, for Rufford Abbey was suppressed in 1536.

After the Dissolution of the Monasteries, Rufford Abbey was granted to Sir John Markham, but within a year Markham traded the Rufford estates with the 4th Earl of Shrewsbury, George Talbot, in exchange for lands in Ireland.

Over the 30 years from 1560-1590, Talbot's grandson the 6th Earl rebuilt the abbey as a grand country house. Talbot's wife was Elizabeth, better known to history as Bess of Hardwick. It was here at Rufford Abbey in 1574 that Bess arranged the marriage of her daughter, Elizabeth Cavendish, to Charles Stuart, the Earl of Lennox. James I and Charles I both hunted at Rufford Abbey. 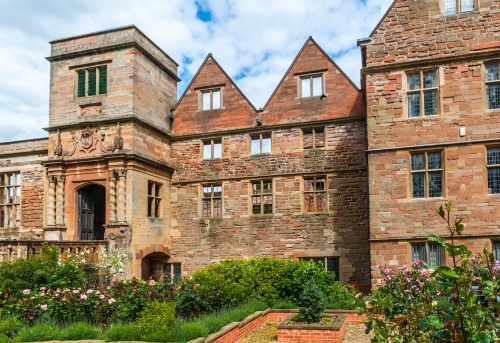 The Talbots extended the Tudor mansion in 1610 with the addition of north and south wings. In 1626 the property passed into the Savile family when Lady Mary Talbot, the sister of both the 7th and 8th Earls, married Sir George Savile.

In 1660 a later Sir George Savile, the 4th Baronet, built the stables and 20 years later he pulled down the remaining abbey ruins. The 4th Baronet landscaped the grounds at the same time. In the early 18th century the 7th Baronet built a bath house and a garden pavilion, and laid out an ornamental canal and Broad Ride. His son the 8th baronet created the lake that is still a major feature of the country park we see today. He also planted huge numbers of trees.

In 1830 John Lumley-Savile, the 8th Earl of Scarborough, called in the popular Victorian architect Anthony Salvin to extend the house. His grandson John Savile Lumley Savile was given to throwing extravagant parties at Rufford Abbey. One guest was King Edward VII, who stayed at Rufford while attending Doncaster Races. 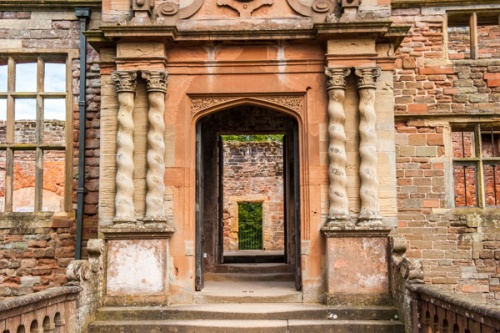 In 1936 Rufford Abbey was purchased by Sir Albert Ball, Mayor of Nottingham. Sir Albert divided up the estate and sold it in parcels. The Abbey and grounds were purchased by Henry Talbot de Vere Clifton, who developed part of the property for housing.

It was used by the War Ministry during WWII and by the Civil Defence until 1952 when it was purchased by the Nottinghamshire County Council. By 1956 the house was in poor condition and much of it was demolished. The Council opened up the estate grounds as a country park in 1969.

All that remains of the historic buildings are the converted west range of the mansion and the lay brother's range of the original medieval monastery. This provides an excellent example of Cistercian architecture. The ground floor is almost intact and features wonderful vaulted chambers.

Most of the architecture dates to about 1160, though with minor alterations in the later medieval period. The undercroft vaulting is atmospheric and extremely well-preserved, giving a real sense of what life was like for the 12th-century monks who lived and worked here. 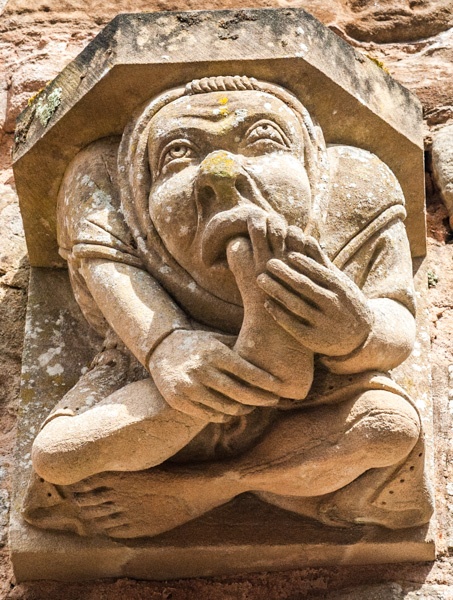 The west front features a mock-Tudor entrance reached by a balustraded causeway designed by Anthony Salvin for the 8th Earl. The west entrance gives access to the lay brothers' dorter (dormitory). To one side is the 1660 south wing of the mansion, now used as offices.

The clock tower and bell cupola were also designed by Salvin for the 8th Earl in 1837. Separate from the monastic ruins and the mansion house are service buildings added by John Birch around 1837. These include a coach house, brewhouse and water tower, all of which are listed Grade II for their historical interest.

A stone's throw west of the abbey is the brick stables, laid out around a courtyard. They were built in 1660 and altered in 1737. Part of the stables is now used as a country park visitor centre.

North and south-west of the abbey stretch the historic pleasure grounds. To the north, a large lawn slopes away to a ha-ha, or hidden ditch. The lawn covers the King's Garden, established by the 1st Marquis of Halifax in the late 17th century. Stones on the lawn mark the layout of the Abbey church. North-west of the abbey is Abbey Meadow, the site of a bowling green in the early 18th century. 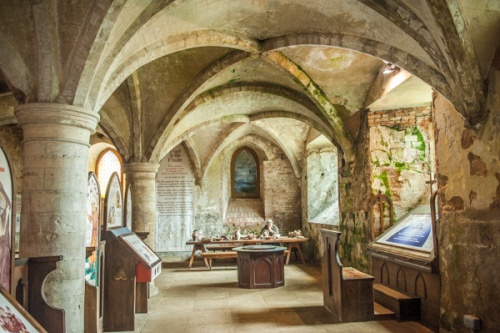 South-east of the Abbey is a Grade II listed orangery that began as a cold plunge bath and summerhouse. The bath was designed by John Hallam in 1728. This features an Italianate loggia linking two towers. The western boundary of the orangery garden follows the path of the 18th-century canal.

The surrounding country park has obliterated any traces of the monastic granges that once surrounded the abbey proper. The country park was formed from an 18th-century landscape park which incorporated a 16th-century deer park.

NB Don't confuse this Rufford with the National Trust's Rufford Hall in Lancashire.

More self catering near Rufford Abbey >>